By Nazira Kozhanova in Culture on 4 October 2019 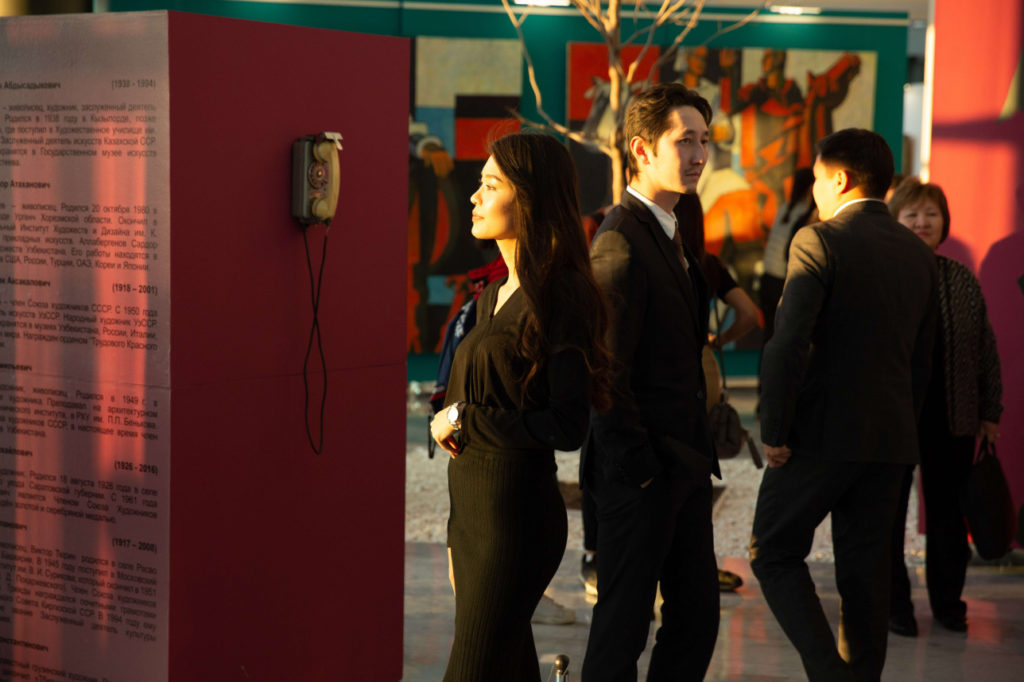 “The core of the exhibition is the works of Salikhitdin Aitbayev. This is Sovietism, a sort of fauvism of the Soviet period, with large forms, monumental, tough. There are paintings of other genres: realism, classicism, abstractionism – all at one time. We presented 20 paintings and about 50 production posters. Art never dies, it will still break through time,” said Kulanshi Art Gallery Curator Leila Makhat.

The paintings shown at the exhibition were found recently in a half-abandoned Hall of Culture buildings. The works went through a lengthy restoration process, with Abdullayev’s paintings alone requiring one year to restore, said the exhibition organisers at the opening ceremony. 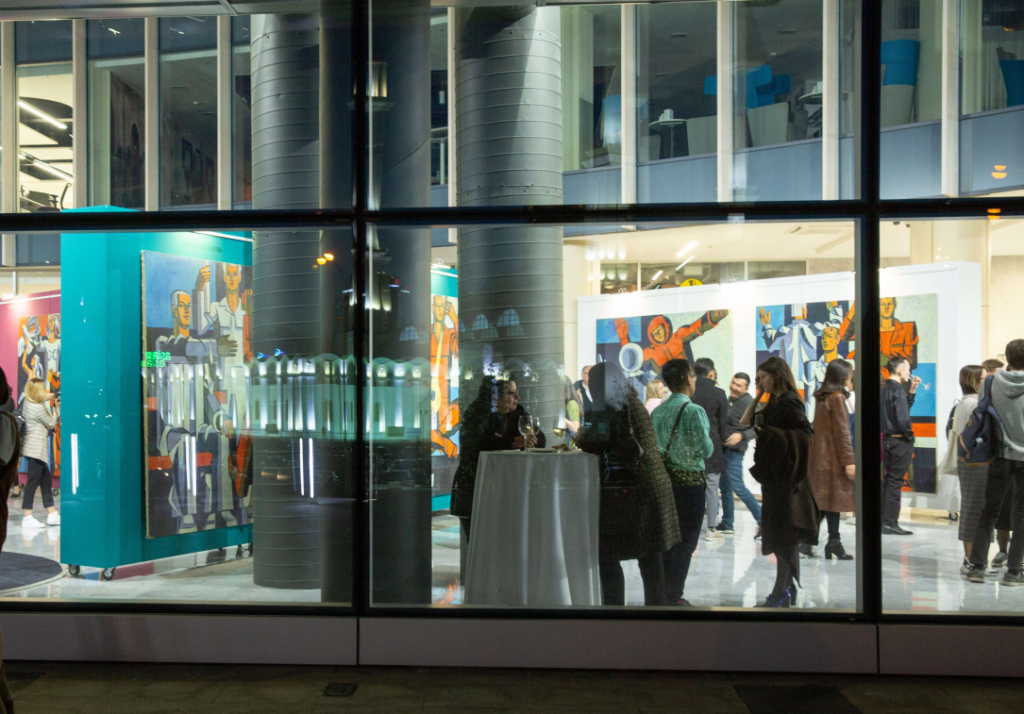 “So many people came to see the exhibition today. It is especially pleasing that there are many young people among the visitors. This suggests that we value art and culture,” said Nur-Sultan Akim (Mayor) Altai Kulginov, adding he would like to see more exhibitions at the Palace of Peace and Harmony.

The exhibition also featured Soviet posters with caution warnings that could be found in Soviet enterprises in the late 1970s and early 1980s.

“Posters are from the private collection of Dostan Bissenov, my graduate student. He bought them from a friend who used them as a fuel for the stove. The first time we did an exhibition of posters was about ten years ago. Nowadays, there are wall posters as well. But these are just beautiful pictures. And the (Soviet) posters had to carry some kind of industry message and please the eye. Therefore, they have an abyss of humour. When you carefully examine them, you open a lot of allegories, associations that passed through the artist’s brain, you notice a lot of details and meanings,” said Makhat.