NUR-SULTAN – Kazakhstan wants to increase production of and lower prices for electric cars in the country, said Vice Minister of Industry and Infrastructure Development Amaniyaz Yerzhanov at a July 10 government press conference. 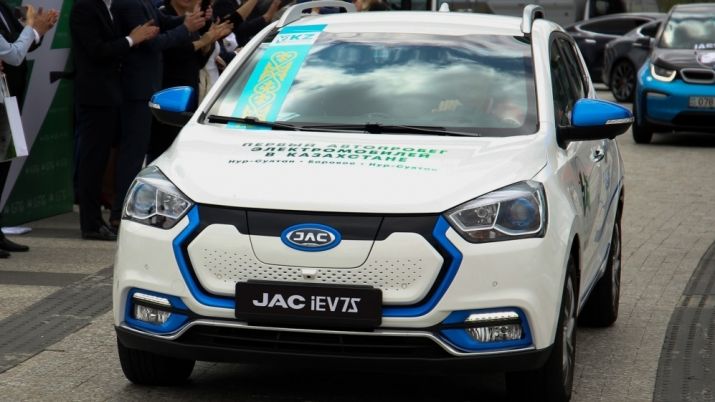 The configuration of the electric car ultimately determines its price.

“This is due to the characteristics of the car’s battery, and our manufacturers are working on it. Scientific institutes were tasked with manufacturing lithium batteries in Kazakhstan because we have a lot of raw materials. We can even export the batteries to other countries in the future,” said Yerzhanov.

“Several units of (locally-produced) electric cars were released and put up for sale. If they are in demand, our automakers are ready to produce more of these electric cars. But we cannot simply sit and wait, so we are working to lower the cost of electric cars and cooperating with foreign automakers,” he said.

More than 1,000 electric cars may be found on Kazakhstan’s roads, of which approximately 200 are locally-produced.

“In Kazakhstan and on the territory of the Eurasian Economic Union as a whole, today, there are a number of privileges for electric car buyers – zero import duty, a 50 percent utilisation rate for primary registration and exemption from transport tax,” KazAvtoProm Board Chairman Oleg Alferov told Asiaavto.kz in a 2017 interview.

While Kazakhstan’s electric cars are designed primarily for movement within the city, an expanding network of fast-charging stations will accommodate longer trips of several hundred kilometres. Consequently, infrastructural development in Almaty, Nur-Sultan and the Nur-Sultan-Shchuchinsk highway is underway, said Yerzhanov.

“There are electric charging stations there,” he said. “Infrastructure will develop in more cities and regional centres as the number of electric cars increases.”