By Elya Altynsarina in International on 20 June 2019

NUR-SULTAN – Kazakh President Kassym-Jomart Tokayev outlined his views of the priorities for the Shanghai Cooperation Organisation (SCO) at a June 13 meeting of the heads of the organisation in Bishkek. The meeting was part of the newly elected Kazakh President’s first foreign trip. 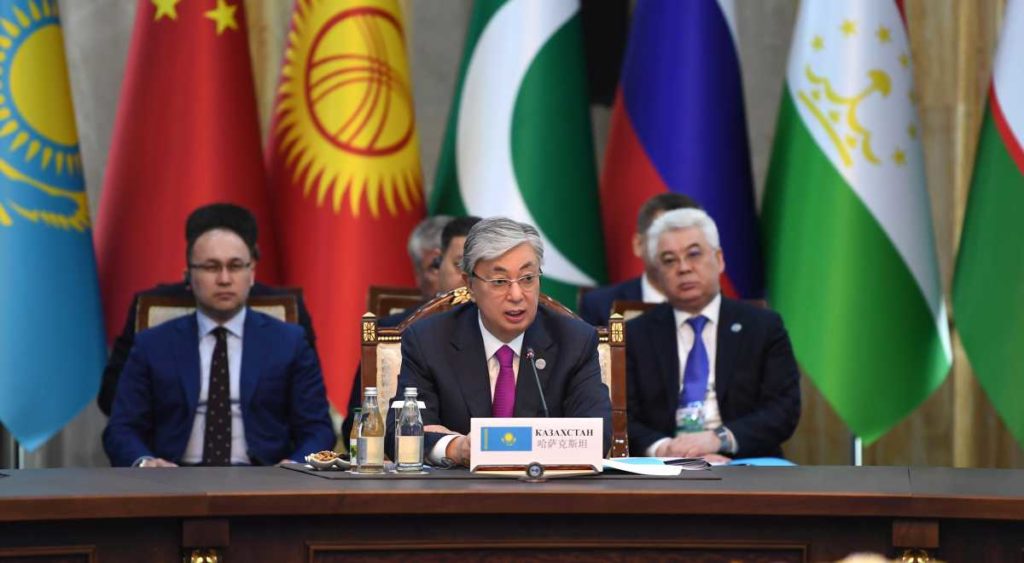 “First, there must be strengthening (mutual) confidence, constructive dialogue and interaction to ensure security and cooperation in the SCO space. In this regard, the Action Plan for 2018-2022 of the SCO agreement on long-term good-neighbourliness, friendship and cooperation needs to be fully implemented,” Tokayev told the gathering.

He also proposed increasing relations with Eurasian organisations, such as the Eurasian Economic Union and stressed the importance of the Three Dialogues initiative proposed by Kazakhstan’s First President Nursultan Nazarbayev.

Tokayev also said an eight-sided Eurasian financial consulting mechanism would help the SCO achieve its economic potential. He noted the Astana International Financial Centre (AIFC) will support the financial systems of SCO member countries. A memorandum between AIFC and SCO Secretariat has been signed.

Tokayev also said the terrorist attacks in Sri Lanka in April show the relevance of Kazakhstan’s initiative to form the Global Antiterrorist Coalition under the auspices of the UN. He also noted the importance of fighting cyber-related threats.

“Terrorism is a global threat and requires additional efforts to ensure cybersecurity. Establishing the SCO Information Security Centre would be an important contribution to the protection of the Organisation’s information space,” suggested the President.

The SCO Council of Heads of State at the meeting adopted the Bishkek Declaration, which acknowledges rapid changes in international relations and growing interconnectedness especially in Asia and emphasises the importance of initiatives to form polycentric global order based on the principles and norms of international law, mutually beneficial cooperation, sustainable security and development.

The document also seeks to increase SCO-UN cooperation. A General Assembly resolution on this matter is anticipated.

The council signed 22 documents at the June 13 meeting. 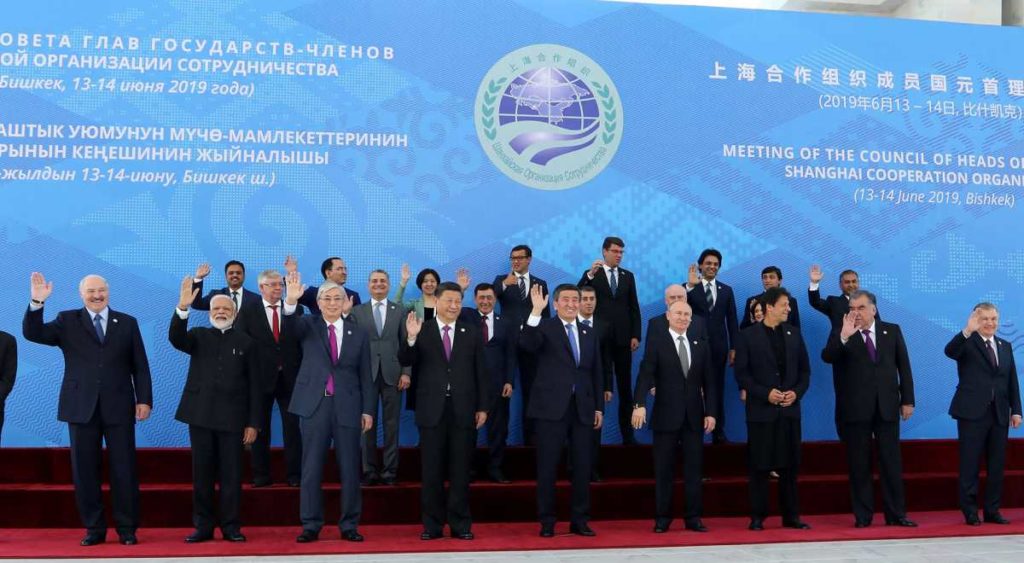 “Kazakh-Chinese relations are of a strategic character. It is very important for preserving security in a wider continent of Eurasia,” said Tokayev.

“We hope to deepen cooperation in the processing of Kazakh agricultural products, digitisation, the IT industry and green technologies. We also look forward to a wider use of the transit potential of Kazakhstan by linking Belt and Road Initiative to Kazakhstan’s Industrial and Innovation Programme,” said Xi Jinping.