ASTANA – Kazakhstan will fully supply its oil and gas market in 2019 and export surplus oil products, said Kazenergy General Director Asset Magauov at the Feb. 28 Forbes Club business breakfast. The club, whose members represent the nation’s business community, organised its second in a series of morning meetings at the capital’s Talan Towers complex. 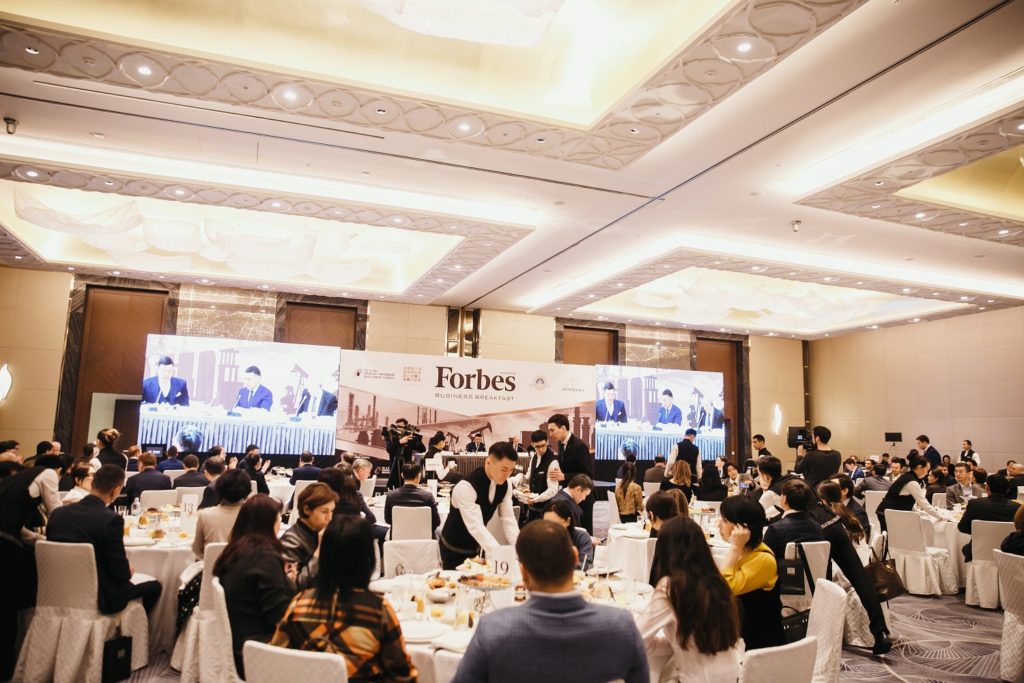 The event, moderated by Forbes Kazakhstan Publisher Armanzhan Baitasov, opened with Magauov briefly describing the condition of the country’s oil and gas industry.

Small oil and gas projects, which supply 40 percent of production, are expected to decrease, an issue of concern to the government and subsoil users, he noted. 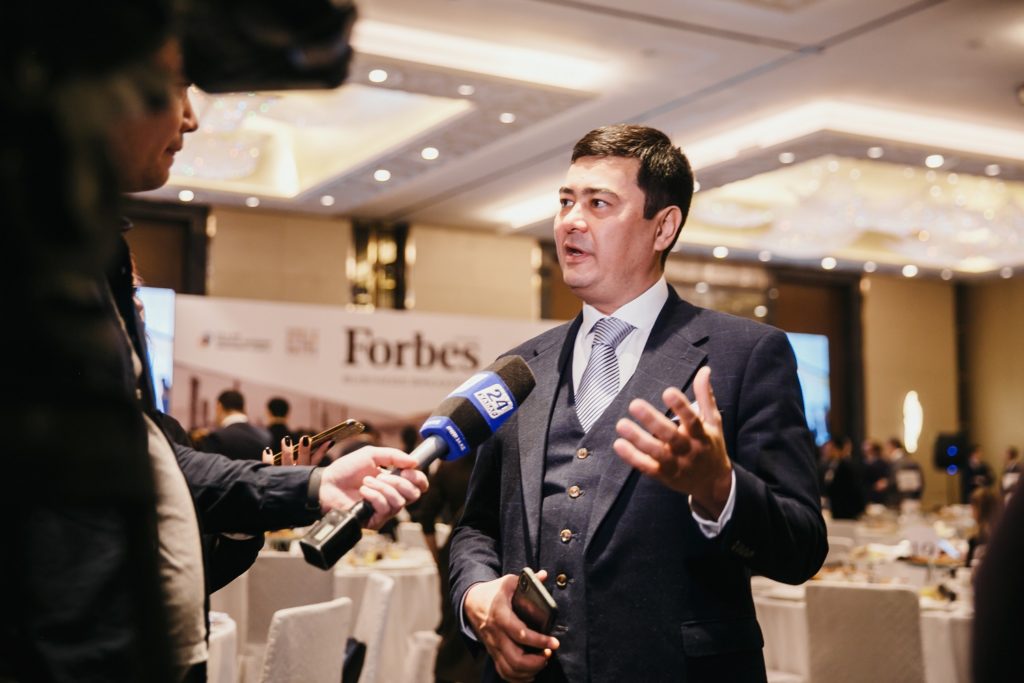 Kazakhstan’s three oil refineries in Atyrau, Pavlodar and Shymkent finished their modernisation processes in 2018. This year, the demand for oil products in the Kazakh market should be fully covered.

“In 2018, the supply of basic petroleum products was 93 percent; diesel fuel, 91 percent and kerosene, 60 percent. In 2019, a gasoline and kerosene surplus is predicted and the domestic market for diesel fuel should be fully provided. We can see that the Kazakh market is fully supplied. The issue of the export of oil products surplus is on the agenda,” he added. 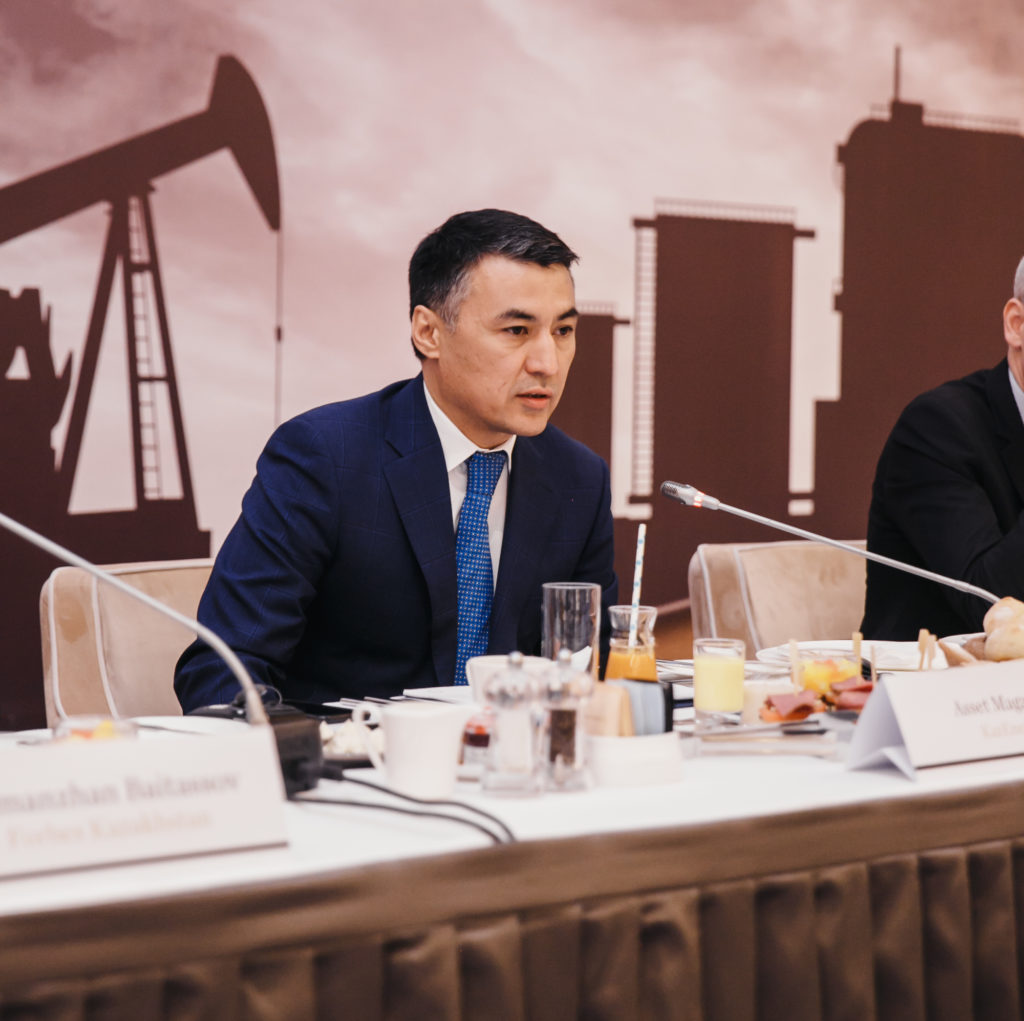 The Kazakh Ministry of Energy, in conjunction with Kazenergy, introduced changes in subsoil use legislation including simplifying methods to obtain subsoil use rights and cancelling social load obligations, employee training and the exploration period for new subsoil users.

“We see that it is necessary to attract investors in subsoil use, in exploration and high-risk projects,” said Magauov.

In addition to the changes, they introduced benefits for offshore projects such as abolishing mineral extraction and rental and excess profit taxes.

Kazakhstan is also planning to amend the ecology code. Kazenergy, with the support of partners, is working with Ernst & Young to research international practices in ecology legislation.

Representatives from large oil and gas companies such as Total and Shell shared their views about the Kazakh industry and made recommendations to improve conditions for investors.

“We have been in the country for 25 years now. We are a proud member of Kashagan consortium and operator of Dunga field in the Mangystau region. We are also in the marketing and services business in the south of the country and started to build the first solar plant in the Kyzylorda region at the end of last year,” said Total in Kazakhstan head Pascal Breant.

He stressed the importance of digitisation and reducing service company costs to create more convenient conditions for investors. 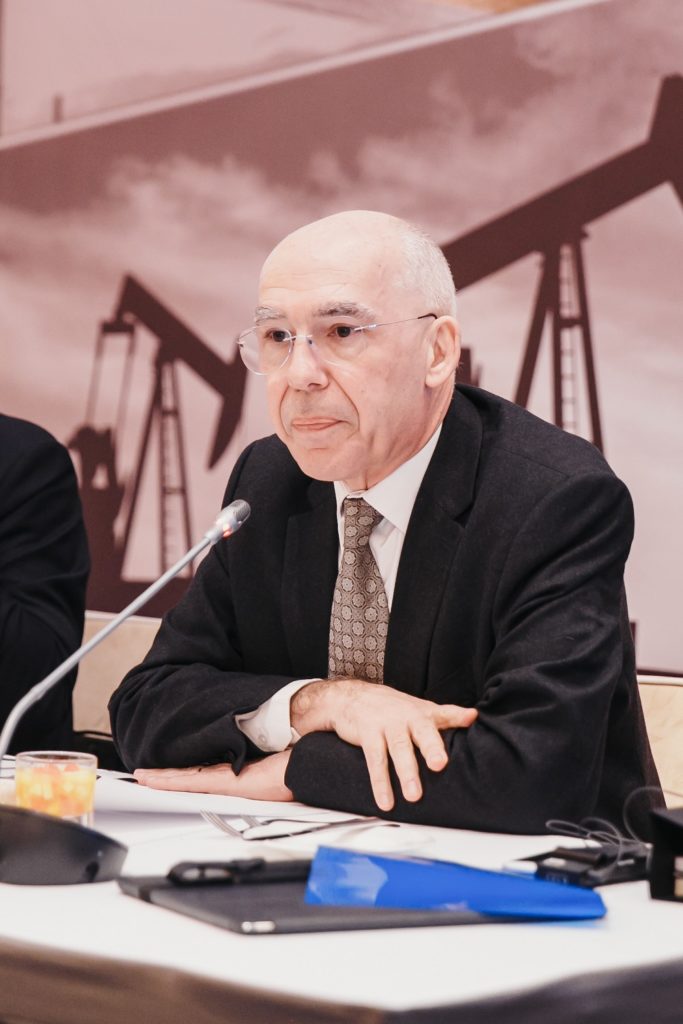 Shell Kazakhstan Chair Olivier Lazare spoke about creating the oil and gas project hubs necessary to develop the industry in the country.

“In Kazakhstan, there are three giant fields. Shell is part of two of them, which are Karachaganak and Kashagan. These fields constituted major anchors from which continues further development,” he said. “We need to create hubs and start a virtual circle of development of new fields from them tying satellites around these hubs.”

To support the hubs, Shell and other eight partners are developing the Khazar-Kalamkas project.

“We will give it our best to make it happen, but we need help from Kazakhstan for commercial and legal issues and from suppliers and the contractor community,” he added.

Kazpetrodrilling General Director Askhat Duisaliyev and Kazturboremont Operations Director Nurlan Ibragimov provided the perspective of domestic companies and suppliers regarding localising domestic production and manufacturing. Both companies focus on training staff locally and internationally in countries such as the Netherlands, Turkey and the United Kingdom. Kazturboremont also implements the Kaizen management approach.

Baitasov noted the meetings are inspiring, as they allow him “to immerse myself in the subject matter and study current issues.”

“The previous meeting with (Astana International Financial Centre Governor) Kairat Kelimbetov was interesting. The topic of the future of the oil and gas industry is very interesting as well, because oil is the foundation of our economy; more than 30 percent of the budget and more than half of the National Fund comes from oil revenues,” he said.

Talan Towers hosted the inaugural meeting in November. In the intervening months, the owners have enriched the offer by additional solutions of the ready fitted-out offices.

“The previous event was in November and new companies have appeared in the building. We have recently added the opportunity of renting out office premises for a company with a small number of employees, which is from six-15 people. We analysed the Astana market and realised that many companies prefer to have small offices (90-150 square metres) with further expansion to large areas (or there are small branches of multinational companies that have their Kazakhstan headquarters in Almaty). We have already signed lease agreements. These offices will be ready in March,” said leasing manager Almas Nyssanbayev. 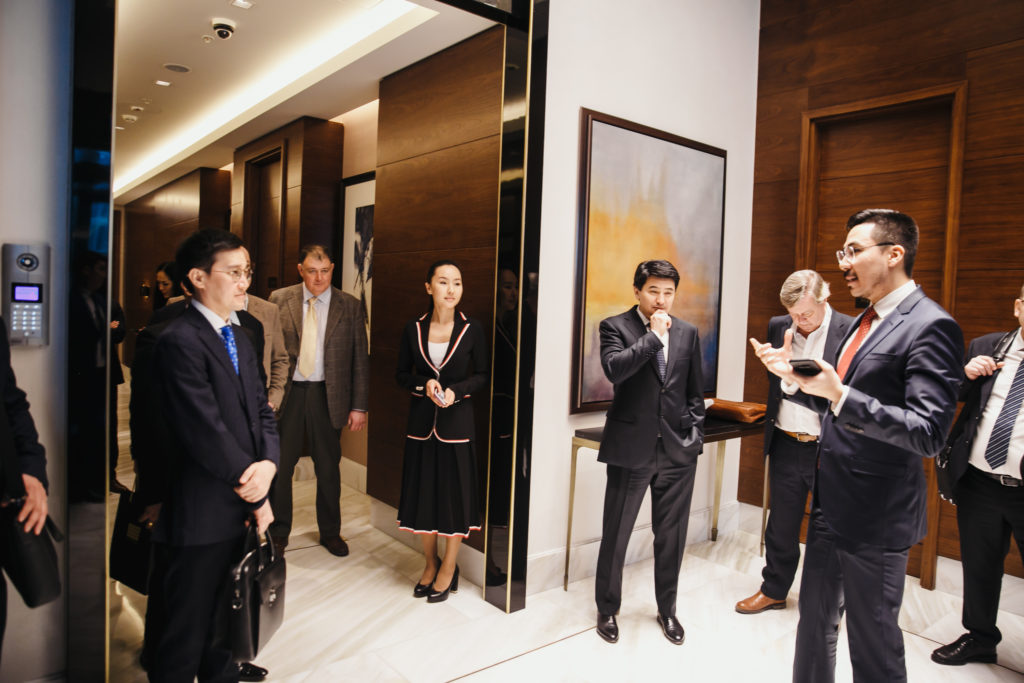 The complex has two 30-storey and 25-storey buildings with The Ritz Carlton and international A-class Talan Towers Offices connected by a luxury gallery which will open in September 2019. A Starbucks Reserve bar, featuring a unique brewing technique, operates near the gallery space.

“These are the architects who designed Burj Khalifa, Freedom Tower and the Empire State Building, which is in New York, and they entered Astana with the Talan Towers project. All of this was coordinated by American company Turner International. More than 100 international companies took part in the construction of Talan Towers. The owner of the complex is our company, Astana Property Management,” said Nyssanbayev. 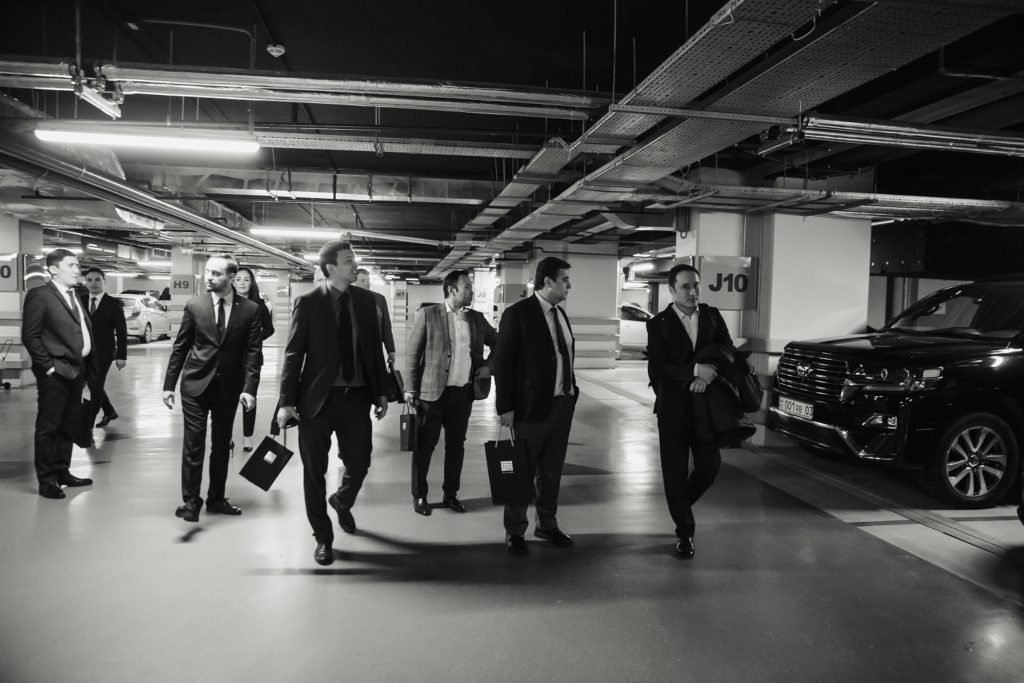