By Dilshat Zhussupova in Culture on 18 February 2019

ASTANA – Performers from the Astana Opera and Astana Ballet companies will now be able to intern and perform at Russia’s historic Bolshoi Theatre, according to an agreement reached in Astana Feb. 9 between the three arts institutions. The agreement also includes performance and tour exchanges. 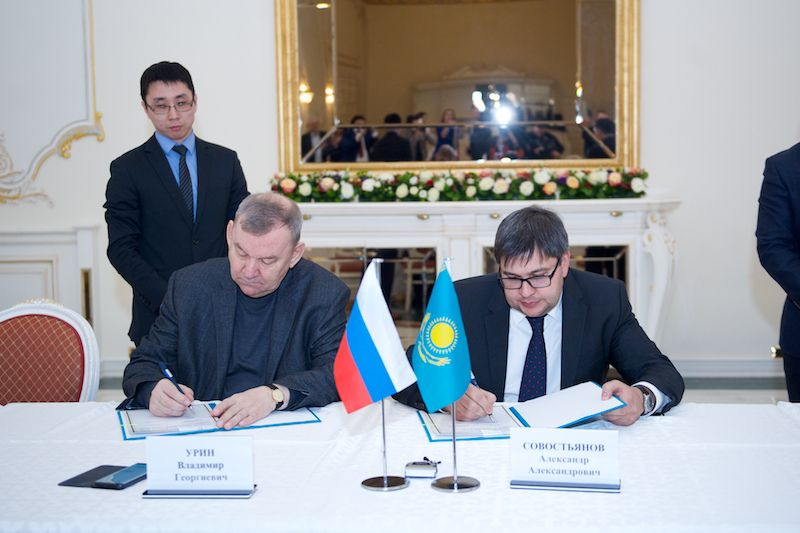 “Kazakh ballet has its own style,” said Bolshoi Theatre Director Vladimir Urin on the day of the agreement. “That is, you are not repeating what other ballet theatres are doing nowadays, rather you are creating your own product and have your own creative individuality. This is what clearly sets you apart from others.”

Bolshoi Theatre has held ballet and opera performances since 1825. Its historic premieres have featured Pyotr Tchaikovsky’s “The Voyevoda” and “Mazeppa,” Sergey Rachmaninoff’s “Aleko” and “Francesca da Rimini” and Nikolai Rimsky-Korsakov’s “The Maid of Pskov.”

The agreement will include a performance in Astana this summer of Arif Malikov’s “The Legend of Love” choreographed by Russian choreographer Yuriy Grigorovich. Once the famous choreography becomes a part of Astana Ballet’s repertoire, Kazakh ballet dancers will be invited to perform at Bolshoi Theatre, said Urin.

“Despite that I mostly saw modern ballet today, the dancers have brilliantly displayed classical techniques – this is important in modern ballet,” said Urin.

Astana Ballet was founded in 2012 and presents a multi-genre repertoire of original productions and national and international classics. In addition to Grigorovich, German choreographer Raimondo Rebeck will also direct new shows at the ballet theatre in the coming year. The Astana Opera was founded in 2013 and houses its own orchestra, ballet and opera troupes and presents a repertoire of classical and national opera.

The agreement with the historic Russian theater follows a directive from Kazakh President Nursultan Nazarbayev for government agencies and private entities to pay special attention to “the development of inbound and domestic tourism by drawing on the country’s cultural potential.”