ASTANA – The Astana basketball team presented its new head coach and players ahead of the VTB United League season opener on Oct. 7 against CSKA Moscow. 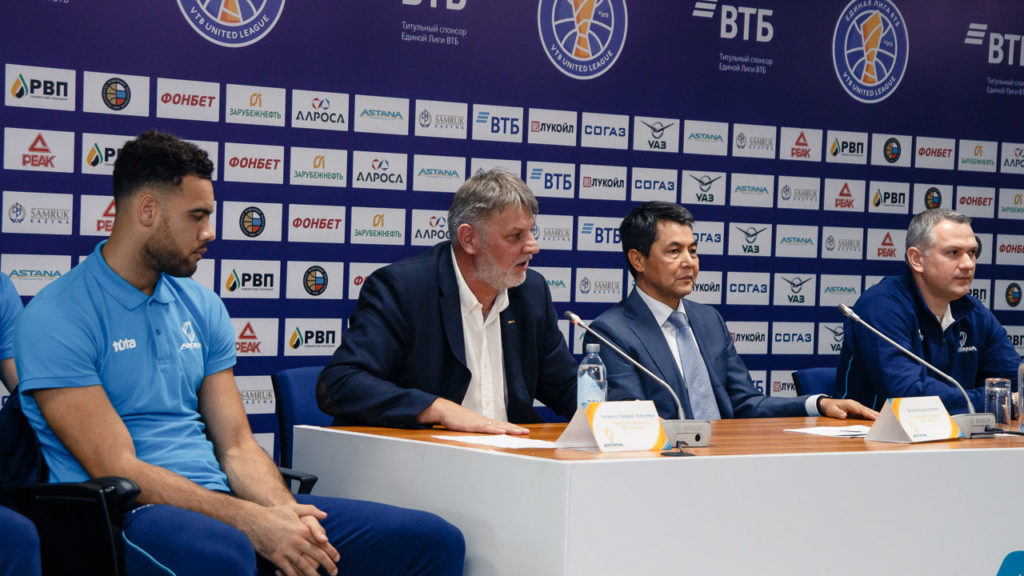 “We are starting the new season with a new coach, Emil Rajkovic from Macedonia. We invited new players; some of them are quite famous and talented. They are not only from abroad, but there are also local players. We hope that they will perfectly fit into our team,” said Askar Batalov, Astana sports franchise president.

Before the start of the season Astana signed three Kazakh players. Nikolai Bazhin, Askar Maidekin and Ruslan Aitkali will join the ranks of experienced Rustam Yargali and Aleksander Zhigulin.

“Grosselle, O’Brien and Horton are the players we really count on. They must bring new blood to our team. We have major changes in the coaching staff and we look forward to working with Emil Rajkovic. He comes from a strong Yugoslav basketball background,” said Valery Tikhonenko, Astana basketball club general manager.

Before joining Astana, Rajkovic had success coaching in Macedonia and Poland.

“We have a difficult calendar in the VTB United League, we start the season against strong teams, and in the first match, we play against the strongest team in Europe, CSKA Moscow. I am sure that the players will do their best and show the character and fighting spirit throughout the season,” said Rajkovic.

The head coach added that Astana had a productive training camp in Lithuania and the players are ready to put up a fight against tough opponents. The coaching staff also announced that two more players will sign for Astana to complete the roster.

“Despite all the difficulties and budget cuts, we still want to go to the playoffs of the VTB United League. This is our main goal. In addition to that, Astana is the base club for the national team of Kazakhstan, which is now fighting for a chance to play in the World Cup in China,” added Tikhonenko.