ASTANA – A new $19 million hangar will allow Air Astana to perform routine line maintenance and subsequent heavy checks at its hub in the capital. 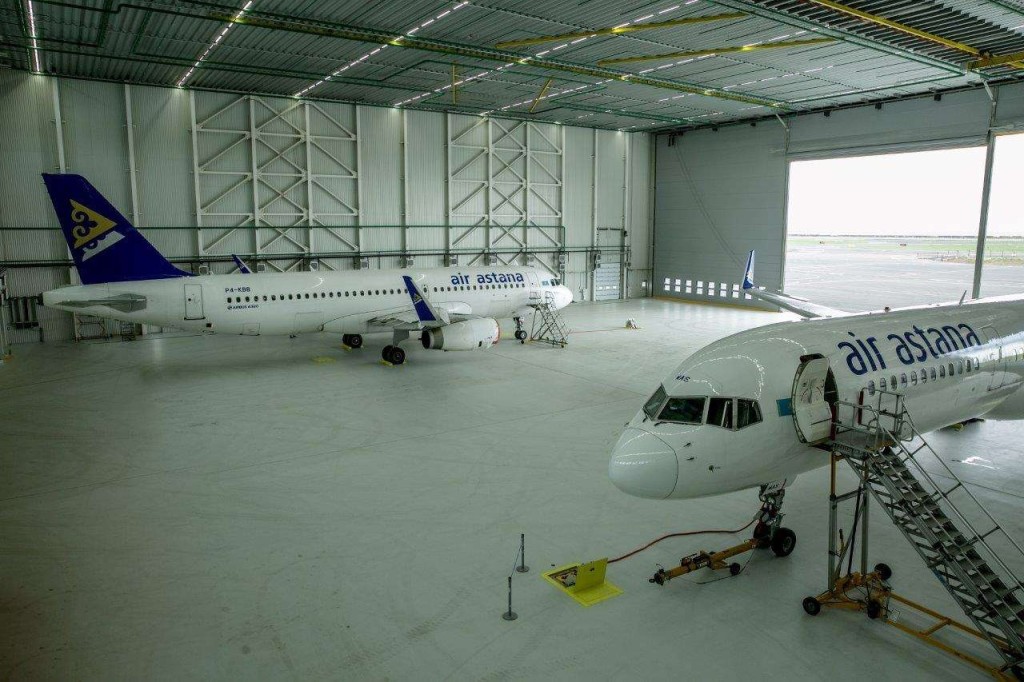 “This year the capital of Kazakhstan, in honour of which the company was named Air Astana, marks its 20th anniversary. The flag carrier marks its 16th year of operations. In honour of these two events we are glad to present a new aviation and technical centre in Astana, which will contribute to the development of the capital as the largest aviation and transit hub in the region. The centre will provide technical maintenance to the fleet of our company and to airlines flying to Kazakhstan,” Air Astana President and CEO Peter Foster said recently.

The hangar was designed and built in Canada and was financed by the European Bank for Reconstruction and Development (EBRD). The facility will include state-of-the-art energy efficient technology allowing maintenance to be performed when outside temperatures drop below freezing. The hangar is 5,556 square metres and can accommodate wide-body planes, such as the Boeing 787, as well as single aisle aircraft, such as the latest Airbus A320neo.

In addition to hangar, the centre houses the airlines’ offices, warehouses for spare parts and repair and the garage building. An auxiliary building provides space for the existing Air Astana engineering centre to train engineering and maintenance staff to international standards.

“This is something new for Air Astana and for Astana itself. We built this facility to enable us to expand on our capability for aircraft maintenance, to enable us in the future to do heavy maintenance checks on our own airplanes and if we have capability to do foreign operators’ airplanes as well, all under the scope of our EASA-145 approval,” said John Wainwright, senior vice-president for maintenance and operations at the Astana hub.