By Aigerim Seisembayeva in Central Asia on 3 May 2018 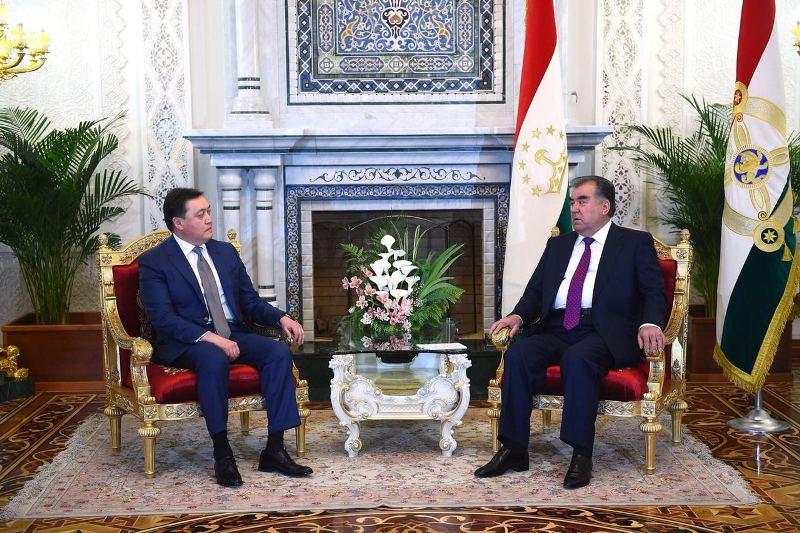 “The heads of state set the task to the governments of Kazakhstan and Tajikistan to increase trade turnover to $2 billion,” Mamin said, expressing Kazakhstan’s readiness to help achieve that goal.

Rahmon praised the results of the March 15 Consultative Meeting of the Heads of State of Central Asia in Astana and stressed the importance of the platform to regional cooperation.

Tajikistan is Kazakhstan’s second major trading partner in the Central Asian region and accounts for more than 20 percent of the economy’s total trade volume within the region.

The Kazakh official noted the progress in cooperation between the two countries in various sectors of the economy and spoke about expanding deliveries to Tajikistan of 57 types of goods in engineering, metallurgy, railway, food, construction and pharmaceuticals.

Mamin proposed to intensify the activities of the working group on increasing trade turnover, develop a roadmap in this area and approve it at the next meeting of the Intergovernmental Commission.

Interregional relations, direct contacts between Kazakh and Tajik businesses and the unlocking of export potential were also discussed.

Commercial documents were signed for the delivery of 300 Hyundai County buses assembled in Kazakhstan, 500 freight cars, four shunting and main locomotives and 5,200 tonnes of R-65 rails, as well as 30,000 tonnes of valves produced by Arcelor Mittal Temirtau for the construction of the Rogun Dam.