The President learned about the construction of the mosque and alternative sources of energy used to provide the building with electricity and heat.

The construction of the mosque on the right bank of the Yessil River started in 2016. The alternative sources used for the energy supply of the new mosque produce three times more electricity than the required volume. The new mosque was erected at the expense of charity fundraising.

“When the structural part was ready, some changes were introduced. We reduced heat consumption 61 percent and changed windows. Multifunctional glass reflects cold and heat. We take 30 percent of the electricity from the city, but we produce it ourselves. We reduced ventilation and cooling by 87 and 80 percent, respectively. The building uses energy saving lightning. Thus, we produce three times more energy than we consume,” General Director of Stroyinvest-SK construction company Alexander Kravchenko said, according to 24.kz. 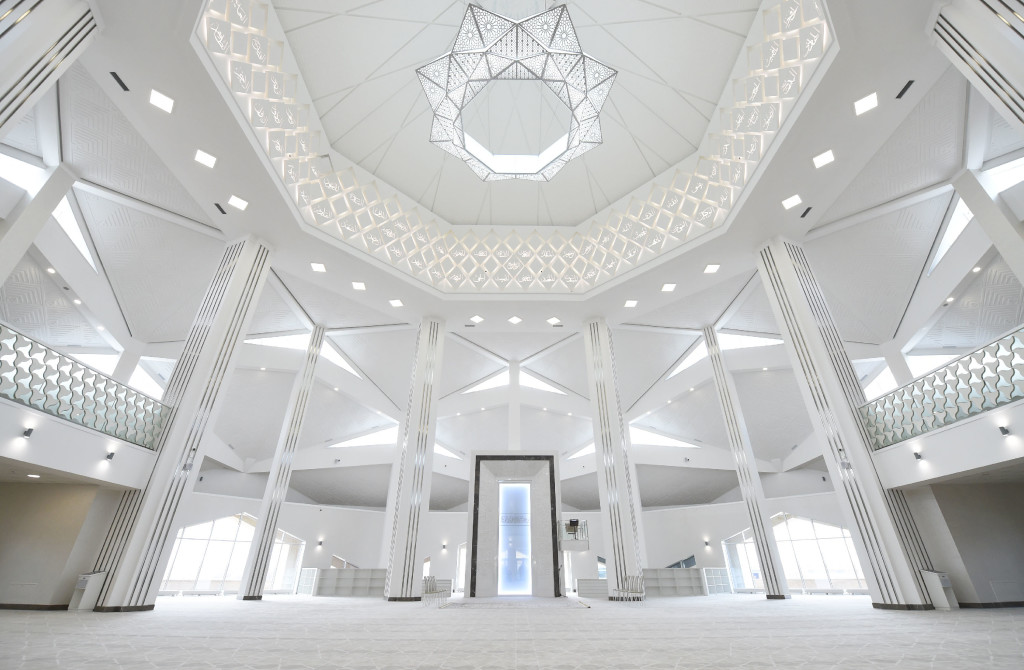 The project of the new mosque differs from the others existing in Kazakhstan. The building of the mosque is designed in the postmodernism style, using traditional ornaments and decorative elements. The main building has a sophisticated, hemispherical shape, consisting of triangular inclined planes, culminating in a dome with a diameter of 26 metres. Externally, the design of the mosque resembles a flower and at the same time diamond face. The height of the minaret, located on the north side of the main building reaches 43.5 metres, and it is made in the form of “kalama” (“sacred feather”). The new mosque is designed for 750 visitors. The area of the mosque is 2,248 square metres. The building occupies 1.44 hectares.