ASTANA – A new railway service connecting Amsterdam and China’s Yiwu was launched March 7 within the Belt and Road initiative. The 11,000-kilometre route passes through Germany, Poland, Belarus, Russia and Kazakhstan before it reaches China. 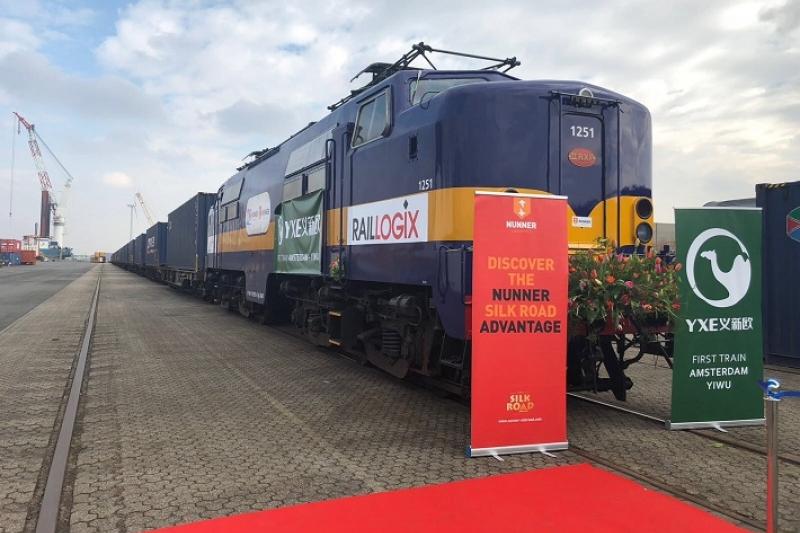 “Today, the first freight train begins its journey from Amsterdam to the Chinese city of Yiwu. Out of the 11,000 kilometres that the train will pass, nearly 3,000 kilometres go through the territory of Kazakhstan,” Kazakhstan’s Ambassador to the Netherlands Magzhan Ilyasov said at the opening ceremony.

The freight train, owned by the Dutch company Nunner Logistics, will deliver its cargo to its final destination in 16 days. Its 41 cargo containers are carrying equipment, mineral fertilisers, pharmaceuticals, optical devices and technical equipment to China.

Every week, three trains will depart from Amsterdam to Yiwu. By 2020, the total number of trains sent from the European Union to China is expected to reach 5,000 per year.

The new Amsterdam-Yiwu train service is the tenth connection between Yiwu and Europe. In total, freight trains between China and Europe have made more than 6,200 trips since 2011. The New Silk Road’s international cross-border rail network has connected 35 Chinese cities with 34 European ones over the past six years, the Transport Coordinating Committee of the China Railway Corporation’s (CRC) China-Europe project reported in January. 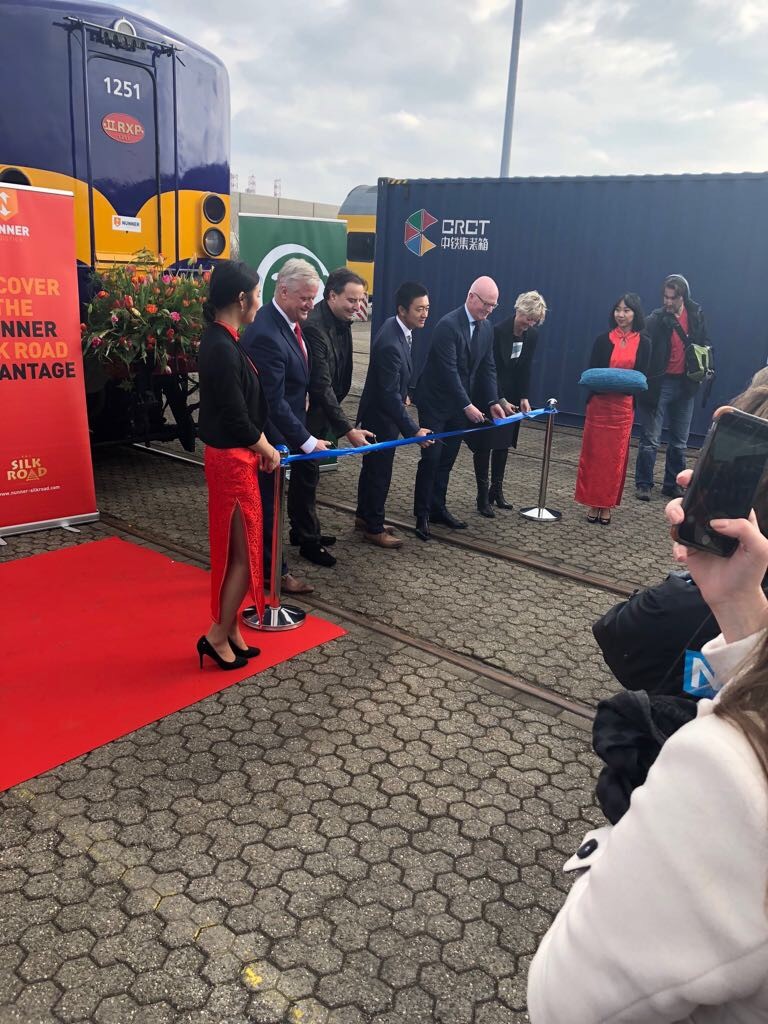 “The Great Silk Road has existed for centuries. Prior to the opening of the sea route to Asia, this was the main route between the East and the West. With the development of the sea routes, the Great Silk Road has weakened, but now, in the 21st century, we are witnessing the revival of this ancient trade route. Now, powerful locomotives have replaced caravans with camels,” said Ilyasov.

According to him, the growing trade turnover between China and Europe provides Kazakhstan with an opportunity to earn using its transit and transport. “Investments by the Kazakh government in the development of railway transport and road traffic are proving their effectiveness, and will pay off and bring profit.”

Nunner Logistics’ Director for the Commonwealth of Independent States and Offshore Projects Tonnie Straub highlighted the investment attractiveness of Kazakhstan and expressed interest in implementing joint projects in the field of logistics. According to him, the future of Kazakhstan is in transit and transport potential. The country does not have access to the world’s oceans and, therefore, Kazakh President Nursultan Nazarbayev’s decision to build a dry port at the Khorgos crossing to China and expand the transport and logistics centre in Aktobe cannot be overestimated, he added.