TCO reaches record-high oil production in 2017, seeks to expand in 2018

ASTANA – Last year was a milestone for Tengizchevroil (TCO), the Chevron-led joint venture operating the Tengiz oil and gas field in Atyrau region, as the company achieved a record-high 28.7 million tonnes in oil production. TCO General Director Ted Etchison reported the 2017 results and plans for 2018 during a recent press conference in Almaty. 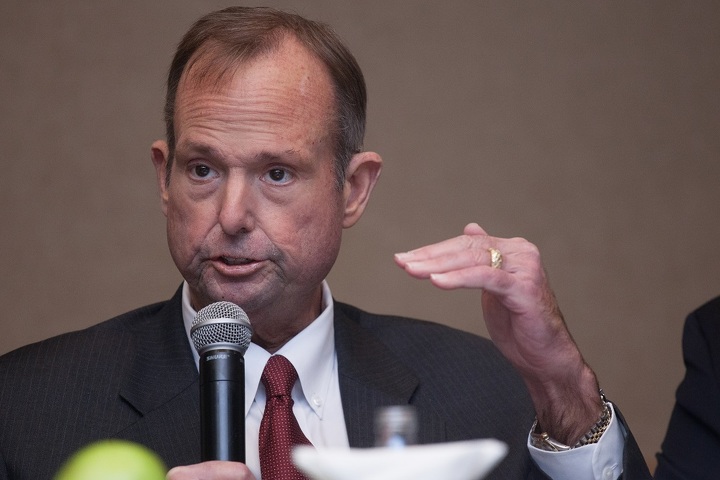 June 2017 marked another milestone in TCO history, as the company produced its three billionth barrel of crude oil.

To date, TCO has contributed $125 billion to the Kazakh economy, including salaries to local workers, purchasing $24 billion in local goods and services, payments to state bodies and dividends to local partners, as well as taxes and royalty to the national budget, said Etchison. Payments reached $8.5 billion in 2017.

“Oil prices drastically fell more than three years ago, which resulted in the decrease in payments to Kazakhstan starting in 2015. In 2017, however, the indicators were much better,” he added.

The current production volume is not the limit, he noted. In July 2016, TCO partners announced the launch of the Future Growth (FGP) and Wellhead Pressure Management (WPMP) projects, which are expected to increase crude oil production by 12 million tonnes per year or 260,000 barrels per day. The cost of the expansion is estimated at $36.8 billion.

“In 1992 and 1993, the focus was on initial production, but by then we were already considering possible sour gas injection technology. The questions we faced within this experiment included sour gas injection back into the reservoir, which on one hand is good for the environment and on the other will help boost production. We launched this pilot project in the mid-2000s and built what we now call the second generation plant. The experiment turned out to be very successful from a technical point of view,” said Etchison.

Social responsibility remains vitally important for TCO, he added. The company has invested $3 billion since 2000 to decrease negative consequences on the environment and managed to achieve a 70-percent reduction in carbon dioxide emissions per tonne of crude oil.