ASTANA – Kazakh universities should provide a new quality of human capital, a task President Nursultan Nazarbayev set for the schools during his recent state-of-the-nation address. Al-Farabi Kazakh National University (KazNU) is already implementing the model of a new generation university, which rector Galym Mutanov reported during a discussion of the talk with university activists, reported Kazinform. 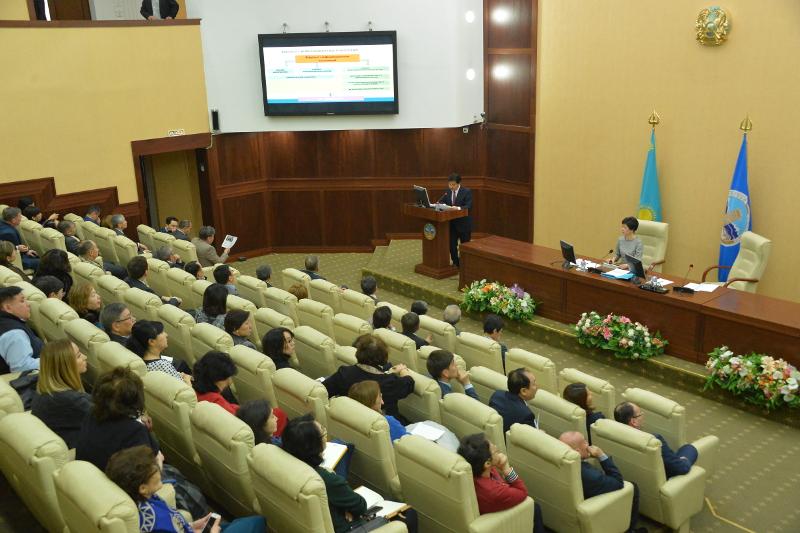 “The President stressed special importance of the formation of competitive human capital in Kazakhstan. In this regard, universities, as important subjects of its formation, must provide a new quality of human capital and become the locomotives of modernisation of the Kazakh society. Acknowledging this important mission, we are already implementing the model of a new generation university – University 4.0 within the Al-Farabi University Smart City project. With great satisfaction, I would like to note that this model fully meets the tasks set by the President in his address. Those priority areas that we have been developing in our university for several years now are actually becoming important tasks of the state policy,” he noted.

KazNU was the first in Kazakhstan to initiate mass open online courses, which allowed launching the National Platform for Open Education. The programme will help increase the competitiveness of Kazakh universities.

“In order to broadcast the experience of large innovative corporations, the university has created and is actively working on scientific and educational centres with Hewlett-Packard, Cisco, KonicaMinolta, Fujitsu, Samsung, Alcatel, Kaspersky Lab, Microsoft, Intel and Huawei. This gave impetus to the formation of the technological platform of the university based on the E-campus project. However, we must not rest on our laurels. In this regard, the President’s address is the guide to our further action and the search for new opportunities for development. In this regard, we need to launch the International IT-Technopark of the Alliance of Silk Road Universities this year on the basis of a supercomputer – a government grant from the People’s Republic of China,” he added.

“A decision has been made and starting this semester, a new information technologies facility will start functioning in KazNU. The facility will include a data processing centre created on the basis of supercomputer technologies, an intersectoral BigDATA laboratory and a blockchain laboratory, as well as a digital linguistics laboratory, for which the grant for the Erasmus+ international project has already been won,” he said.