By Anuar Abdrakhmanov in Sports on 27 January 2018

ASTANA – The Astana football team is preparing for the new season and the UEFA Europa League play-offs against Portugal’s Sporting. The team is at training camps in the United Arab Emirates, where they recently had a friendly match against the champion of Russia, Spartak Moscow. 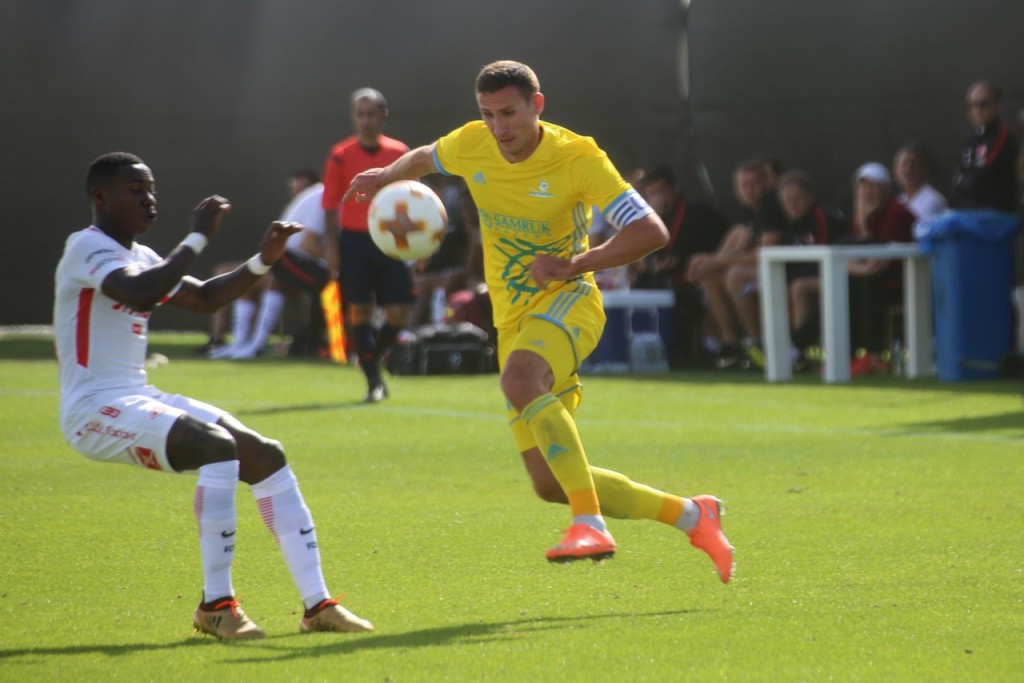 Spartak was the favourite due to the team’s history, line-up and strength. However, as early as the beginning of the match, Astana showed everyone they might be wrong.

Stanimir Stoilov’s players scored two goals into the net of the Russian goalkeeper Artyom Rebrov in the first half. First, Marin Tomasov drew out the right wing defender and passed the ball to the penalty line, from where the team’s rookie Marko Stanojevic forwarded it into the net. Just a bit more than 10 minutes later Tomasov scored a goal as well. Junior Kabananga went into the penalty area on the wing and made a pass to Tomasov, who forwarded the ball into the net.

In the second half, Astana kept on looking for scoring chances at the opponents’ net, making the score 3-0 at the 75th minute. After a corner by Tomasov, Sergey Malyi made a pass to the Serbian forward George Despotovic, who scored a goal. Subsequently, Astana had some more scoring chances, but realisation failed. As it often happens, when you fail to score, the ball may fly in the opposite direction. First, the referee appointed a penalty for a foul of the defender of Astana Igor Shitov. The penalty was perfectly realised by Spartak’s midfielder Quincy Promes. Then Spartak’s Pedro Rocha scored a goal with a corner kick. Thus, with the final score of 3-2, Astana won, taking revenge against Spartak for the defeat two years ago.

“We had good rhythm and excellent organisation of the game in the first half, but in the second half we lost the necessary rhythm. This is just the initial stage of preparation. The footballers need to be more desiring and ambitious to fight for their place in the line-up. We can be happy with victory, especially over such a rival as Spartak, but we need to work hard! It is obvious that the players are tired at the end of hard training. Nevertheless, I think both teams showed a good game,” said head coach of Astana team Stanilov.

The coach of Astana also mentioned preparation for the matches against Sporting of Portugal, noting that the Portuguese team will undoubtedly be a favourite in the upcoming game. Their first match will take place Feb. 16 in the capital of Kazakhstan, and the return match will be held in Portugal a week later.

“What Astana has achieved in the last three and a half years and the level the team has showed during this time, is already a very big success. The team maintains its high status, winning points to the country’s football rating and, most importantly, promoting Kazakhstan in the international arena. That doesn’t mean, however, that we cannot dream and strive for more, although Sporting is at a much higher level than Astana. The Portuguese team has played twice in the Europa League finals in recent years, which proves its high level. Their budget is much greater than ours, which gives them more opportunities in the transfer market. Our task is to play at the top of our game in the matches against them. I think you know without my comments that our opponents area clear favourite,” Stoilov added.