ASTANA – Three ice towns were built in the capital for New Year’s and opened Dec. 18, said the city’s department of culture, archives and documentation. 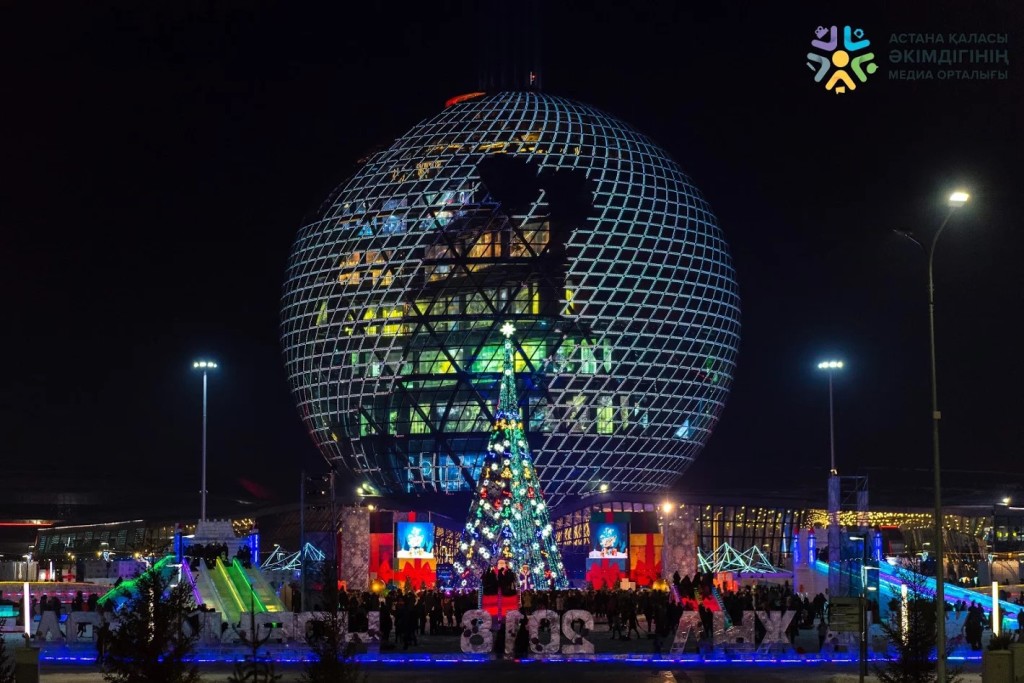 The main ice town is located on the expo grounds. EXPO 2017: Future Energy was chosen as the main focus, with the idea of conducting a tour of the most recognisable architectural symbols from the history of world exhibitions. Visitors are able to see a fragment of the Crystal Palace built in London  for the 1851 event and the Eiffel Tower, which served as the entrance to the 1889 exhibition in Paris.

Two large slides, measuring five metres high and 40 long, were built for adults. The two children’s slides have a height of 2.5 metres and length of 14 metres. The town features ice trees, sculptures of famous superhero movie and cartoon characters, Disney Land castle and futuristic ice towers. Sculptures of Santa Claus and the Snow Maiden were made of coloured ice. 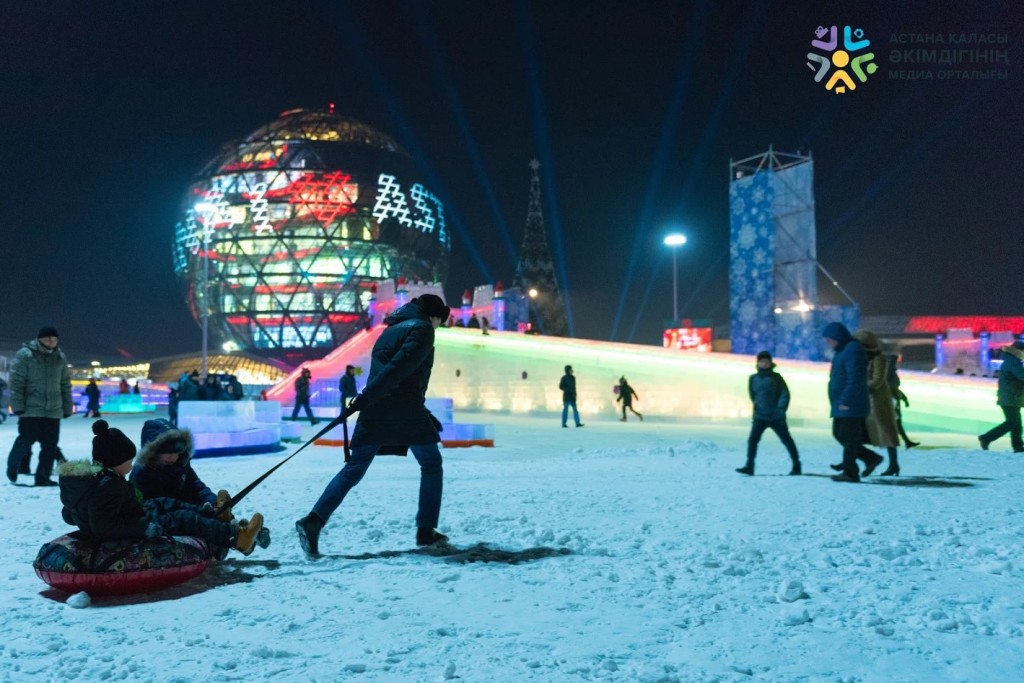 Children will be especially interested in a more than 80-metre long ice maze with light-dynamic illumination, noted the culture department. In addition, the country’s main New Year’s tree is located near the Nur Alem sphere, Kazakhstan’s national pavilion at the expo this past summer. 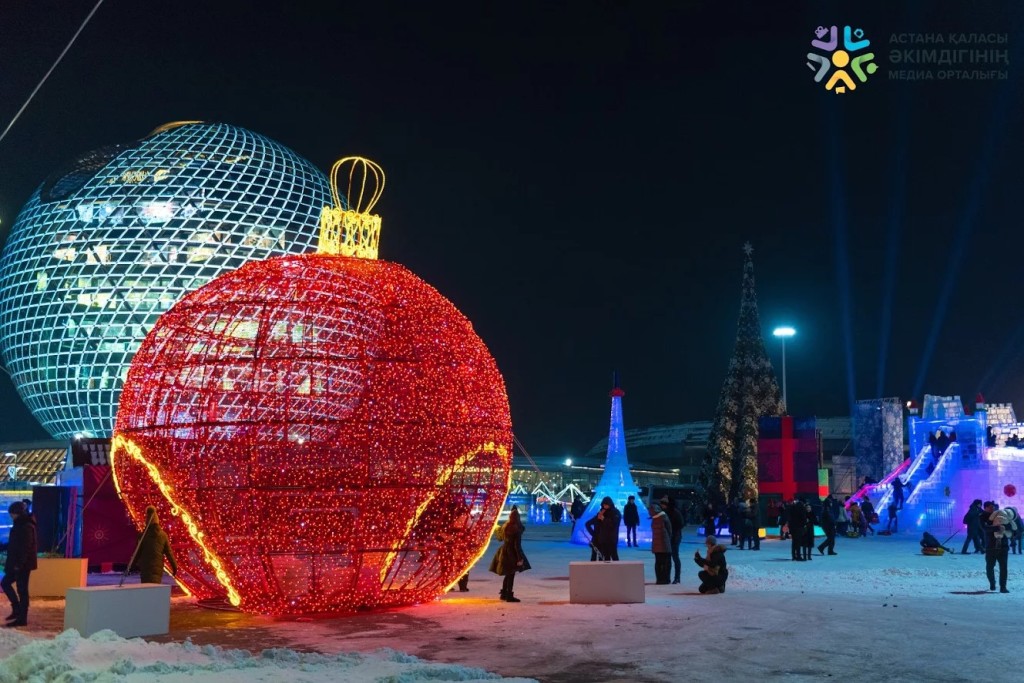 The second ice town, with one adult and two children’s slides similar to the expo site, is on the square in front of the city government. Ice figures of Santa Claus, the Snow Maiden and 12 zodiac animal figures were also installed.

The third ice town with a large slide was built in Student Park.