By Frol Leandoer in Tourism on 1 December 2017

ASTANA – The year 2020 will offer Shymkent a chance to simultaneously honour its past and look towards its future. The city will celebrate its 2,000-year anniversary while becoming the cultural capital of the Commonwealth of Independent States (CIS). 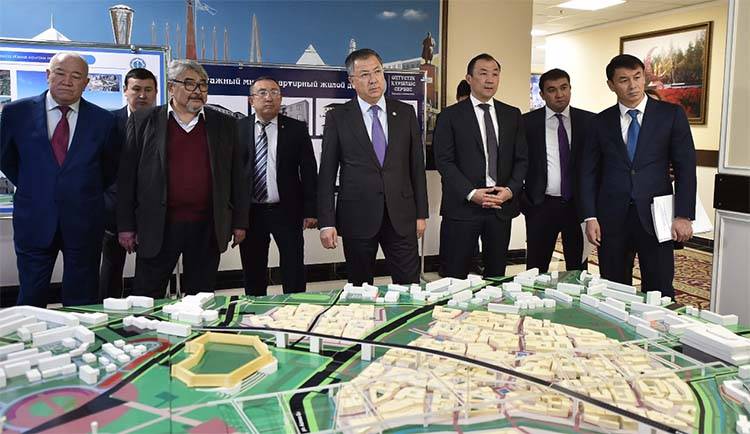 Shymkent is the capital of the South Kazakhstan region, the only one in the country with medieval towns. Its urban and rural areas must be developed with a unified concept, said Akim (Governor) Zhanseit Tuimebayev at the enlarged meeting of the regional planning council.

The region’s historical spots will be restored in the next few years. In an effort to develop tourism and popularise local history, work is underway to restore the sites of the last century in accordance with the Rukhani Janghyru programme.

“According to the programme article of the head of state, ‘Course towards the future: Modernisation of Kazakhstan’s Identity,’ the South Kazakhstan region should have its own look in architectural solutions and the concept of tourism development. Visiting the region, a person should smell the medieval Kazakh steppes, Kazakh architecture, houses and the life of Kazakhs. In this regard, we have enough monuments. Now, in order to succeed, we need to start restoration work jointly, without destroying the historical value,” said Tuimebayev.

Members of the Kazakh Union of Architects, public consultants and well-known architects examined eight projects during the meeting, including Arbat, the Old Town, Ush bi Monument, which will be located near the Ordabasy Memorial, the historical and cultural complex and Kazygurt historical and ethnographic complex.

The council members discussed developing a mock-up of the Ush bi Monument and projects to improve and construct the archaeological park museum in the old city and create an open-air museum, as well as programmes and models for converting Kazygurt Mountain into a historic and cultural centre. They also reviewed the process for advancing their proposals.

Shymkent was nominated to the list of world cultural heritage in the Silk Road category, helping to preserve the values ​​of the old city.

Within the modernisation programme, 104 objects were offered from the South Kazakhstan region to the Sacred Kazakhstan national centre. One hundred items have already been selected, including 23 objects entered from the region. The remaining 81 historical and cultural monuments are included in the list of sacred places of local importance.