By Frol Leandoer in Business on 6 December 2017

ASTANA – Saparbek Tuyakbayev was recently appointed chairman of the board of Kazakh Invest national company. 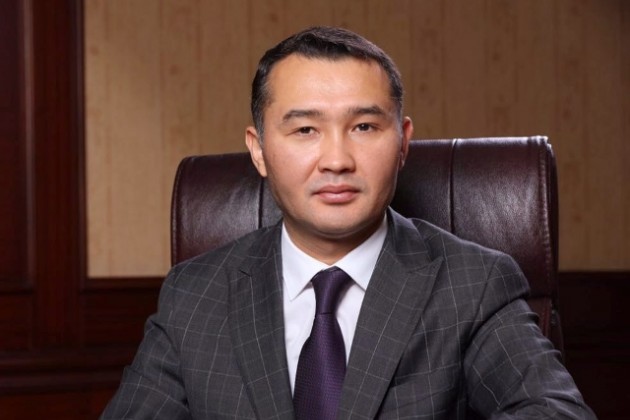 Tuyakbaev was appointed to the post of chairman of the board by decision of the board of directors of Kazakh Invest, which is presided by the country’s Prime Minister.

Commenting on his appointment for this story, Tuyakbayev said his main priorities would include implementing the National Investment Strategy for 2018-2022, adopted in August 2017.

“Kazakh Invest serves as the main operator and a one-stop shop for servicing and accompanying investors,” he said in an exclusive interview with the Astana Times. He explained that the strategy focuses on attracting investment from 10 countries – China, France, Germany, Italy, Japan, South Korea, Russia, Turkey, the UAE, the United Kingdom, and the United States.

Overall, approximately 30 other countries are also viewed as priority including Canada, the Czech Republic, Malaysia, Poland, Sweden, Spain, Saudi Arabia, and Singapore among others.

Tuyakbaev was born in 1979 in the South Kazakhstan region. In 2001, he graduated from the Middle East Technical University (Turkey), in 2004, from the University of Toronto.

He began his career in 2005. In 2005-2009, he held various positions in the Agency for Civil Service Affairs, the Embassy of Kazakhstan in Russia, the Ministry of Industry and Trade and the Presidential Administration.

In 2012-2017, he worked as a deputy governor of the South Kazakhstan region, overseeing the issues of investment, industry and entrepreneurship.

From October 2016, he held the post of Chairman of the Investment Committee of the Ministry of Investment and Development of the Republic of Kazakhstan.

He replaces Maksat Kabashev as board chairman who went on to become a vice president at Kazakhstan Temir Zholy national railway company.