ASTANA – Eight young Kazakhs performed at United Nations Educational, Scientific and Cultural Organisation UNESCO headquarters in Paris as winners of the nation’s second Children in the Rhythm of the World Creative Youth Festival. 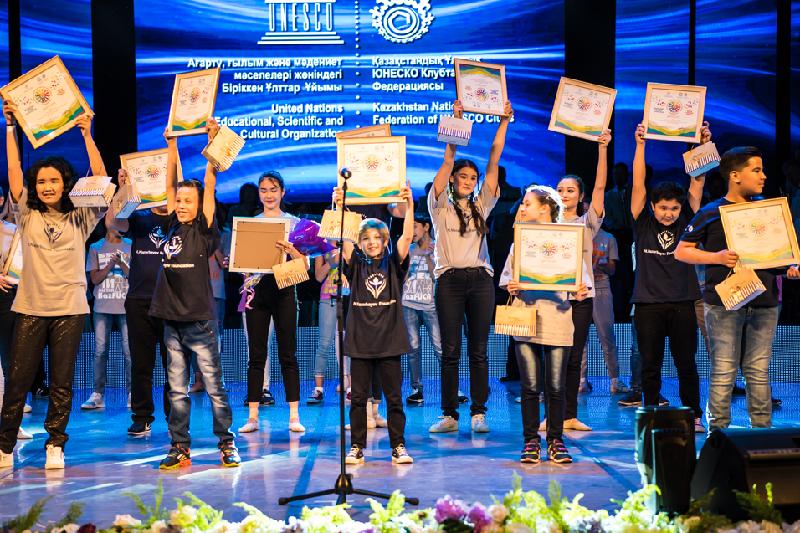 More than 2,000 children from all regions submitted videos of their performances this summer. Twenty-four contestants advanced to the final stage, a series of master classes with leading Kazakh artists. The jury chose the best in three categories – instrumental and vocal arts and choreography.

The finalists demonstrated the results of their lessons at a gala concert at the Abai State Academic Opera and Ballet Theatre accompanied by the Almaty mayor’s pop and symphony orchestra under the leadership of Kazak honoured figure Alexander Belyakov.

The jury selected the eight individuals who travelled to the French capital. Representing instrumental art was Mayirbek Azimbayev, 14 from Sarykemer village of Zhambyl region, a student of the Republican Specialised Music School named after Akhmet Zhubanov; Azhar Kadylbekova, 15, and Azhar Tursynalieva, 15. Ayim and Gulim Madil, 13, from Almaty and Aigerim Temirbekova, 15, from Shymkent performed in vocal art. Choreography was represented by Aruzhan Bakhytkyzy, 15, and Gumar Sultanbek, 17, of the capital.

“The Children in the Rhythm of the World project is aimed at identifying and supporting gifted young performers of our country, bringing their creative potential to light and popularising the national culture through children’s creativity. The Nazarbayev Foundation, pursuing its mission to support talented youth of the country, is always happy to provide comprehensive support to such significant social projects. Moreover, together with the Kazakhstan National Federation of UNESCO Clubs, we fulfilled the dream of the finalists and helped them to take the first step towards great art,” said deputy executive director and Nursultan Nazarbayev Foundation representative office in Almaty director Sergei Tokhtarov.

The finalists were joined on stage by well-known artists such as Aida Ayupova, KeshYou and Alash Uly.

The UNESCO performance was held Oct. 17 in conjunction with the Rukhani Janghyru programme, unveiled by President Nursultan Nazarbayev in April 2017. The Children in the Rhythm of the World festival was organised by the First President of Kazakhstan Foundation and Kazakhstan National Federation of UNESCO Clubs.