By Frol Leandoer in Tourism on 8 October 2017

ASTANA – A glass suspension bridge is planned to be built in the mountains of the Shchuchinsk-Borovoye resort zone, Kazinform reported. 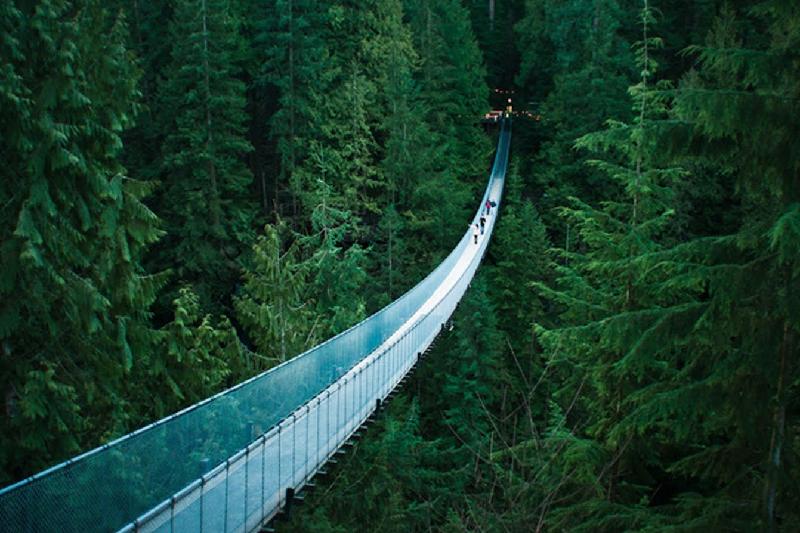 “This project was initiated on the Akmola region level, which will be implemented with the involvement of private investments, not from the state budget. The design and estimate documentation has not yet been developed, so I cannot say anything about the cost. … We will begin to discuss the details when a potential investor appears. We will also discuss the burden on the environment, and the environmental friendliness of the project. Everything will be taken into account,” Head of the Tourist Information Centre Zhanat Nugumanov said.

The suspension bridge will be stretched from Mount Bolektau to the Rock of Tufelka. The length will be about 230 metres, the tourism department reported.

“According to the experience of building such bridges in other countries, where they reach a length of 500-600 meters, this is quite feasible. There are similar bridges in China and Japan over cliffs, which attract many tourists from different countries,” Nugumanov added.

The project is planned for 2018. Applications are being received from potential investors.

Borovoye, a village built around a lake of the same name, is Astana’s closest getaway destination and probably its most visited. The area is a getaway both for those who like to relax and look at great views on their vacations and for people who need to burn off energy swimming, hiking or being otherwise actively engaged in their surroundings.

Lake Borovoye is only one of several lakes close to the village, but it is considered the most beautiful and distinguished by its size. Located 70 kilometres from the city of Kokshetau, the blue waters of the lake are extremely popular among locals and tourists.

Burabai National Park, the zone of mountains that surrounds Lake Borovoye, is perhaps Borovoye’s major destination. The mountains that ring the lakes offer fun for hikers and climbers.