ASTANA – Kazakhfilm has begun shooting the second season of its large-scale historical series about the Kazakh Khanate. The project, commissioned by the Ministry of Culture and Sports in conjunction with Rustem Abdrashev’s Centaurus Productions, has the working title “Kazakh Khanate. The Golden Throne.” 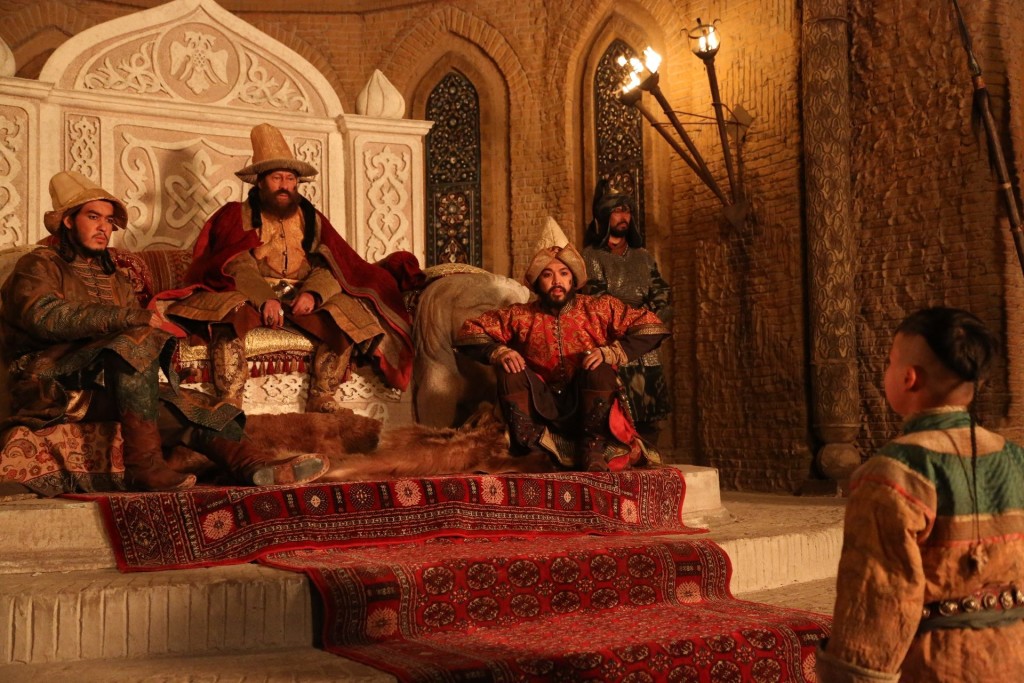 “The first season of the series aroused great interest in our history among many people in Kazakhstan. We received a huge amount of feedback through the Internet and social networks. There have been a lot of discussions and disputes. We see that people have become uplifted and interested. They are waiting for the continuation, which is very important for us,” said Abdrashev, who is directing.

“The idea of ​​this project is in tune with the recent programme article on  the modernisation of Kazakhstan’s identity which says ‘The first condition of modernisation of a new type is the preservation of its culture, its own national code.’ Without this, modernisation will turn into an empty sound. And today, after a short break, when you look back and look at the work that’s been done, not as a creator, but as a spectator, you realise that all our efforts were not in vain. As a result, we are beginning to shoot the continuation of a complex historical project. I wish the whole team good luck,” he added.

The authors of part one are involved in creating the second season scenario, which will have 10 episodes. The cast will remain the same and new characters added. Kazakh President Nursultan Nazarbayev oversaw the project concept and the script is based on the novel “Diamond Sword” by Ilias Esenberlin.

The audience will see Kazakh khans fighting with neighbouring states for the city of Syganak, the cultural and economic centre.

Preparation for the series began this summer when the director’s script was developed, minor characters cast, main scenery restored and two interiors (the Rabia Room and the Baibishe Room) created.

“All the mistakes and shortcomings during the creation of the first season were taken into account. We have already conducted surveys of the outgoing nature. By the end of the year, we want to shoot 40 percent of the film,” said the director.

The bulk of filming will be done in Almaty on the main scenery built at studio, as well as Kazakhfilm studio pavilions, where yurts and several new backdrops will be installed, said producer Arman Asenov. Shooting will also take place using the Turkestan scenery at Kapchagai.

“The team almost remained in the same composition. During the preparation, each department did a great job. New costumes were created, as well as old ones restored,” added Abdrashev.

The television premiere of the first season, dedicated to the 550th anniversary of the Kazakh Khanate, was held in March. “Diamond Sword,” a full-length film version of the series, was released nationwide earlier this year and became a leading rental.