ASTANA – Serbian Ambassador to Kazakhstan Vladan Matic in an exclusive interview with The Astana Times highlighted that Kazakhstan and Serbia are both hub-counties where various cultures overlap. This enables citizens of both states to be sensitive to and have understanding of various other cultures, more so than those who live in defined mono-cultural societies, he said. 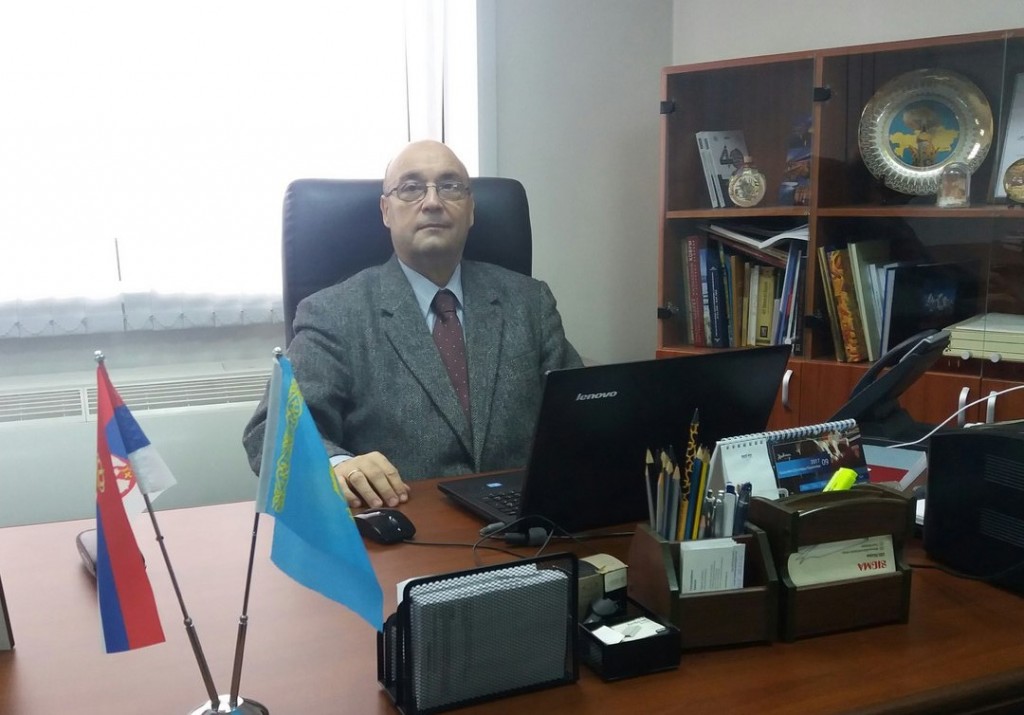 The ambassador said that the two countries have been cooperating very well in international organisations for many years. For example, during Serbia’s chairmanship of the Organisation for Security and Cooperation in Europe (OSCE) in 2015, Kazakhstan supported Serbia on the issue of Kosovo and Metohija, and Serbia in turn supported Kazakhstan’s bid to become a non-permanent member of the UN Security Council last year, he said.

“Bilateral trade figures depend very much on whether you include the purchase of oil from Kazakhstan or not, but they are nevertheless much more active on Kazakhstan’s side. With oil, the highest recorded figure was $1 billion; without, $200 million,” Matic said.

“Serbian exports are a modest $25 million. However, in spite of the Serbian sale of goods being modest, our presence in Kazakhstan has been persistent for many years in areas such as construction and agriculture. Serbian agricultural institutes have been establishing grain seeding stations in Kazakhstan for more than 40 years, and companies such as Energoprojekt have been involved in various construction projects for more than three decades now,” he added.

“One of the big projects, for which the ideal moment has, alas, passed, was the much-discussed at the time pipeline from Constanza, Romania, passing through Serbia and onwards to Trieste. The ideal moment was at the time when Rompetrol was owned by Kazmunaygas, and oil was more in focus than today, when gas is on the political agenda everywhere. We are now planning on expanding our presence in construction,” Matic said.

The ambassador said that relations are being further developed by the involvement of Kazakh partners in the privatisation of Serbian spas. This is supporting growth in tourism in both directions. Kazakhstan and Serbia have also established cooperation between their universities, academies of science and cultural programmes.

Matic is discussing various cultural events for the next year with some Kazakh museums right now, as well as planning the celebration of the Serbian National Day. Culturally, the countries overlap, the ambassador was surprised to discover. Serbia has a tradition of oral poetry performance, with long epics recited by bards, just as it used to be and it is in Kazakhstan with famous bards of the past such as Dzhambul Dzhabayev. Serbian poems are accompanied by instruments that even look similar to Kazakh national instruments, he said.

“I was the head of the Russia and Eurasia Department in the Ministry of Foreign Affairs for three years, so I had to follow the agenda of all of the countries in this area very closely. Apart from this, I travelled extensively in the wider area of Caucasus, Southern Siberia, and Kazakhstan in 1993 and 1994. In this period, I visited Pavlodar and Shymkent several times. Astana in this period did not exist, and it is like a sci-fi dream compared to what I saw in the 1990s,” he said.