ASTANA – Sept. 10 in the capital featured not only the spectacular closing of EXPO 2017, a major event in Kazakh history, but also the first Organisation of Islamic Cooperation (OIC) Summit on Science and Technology, another important opportunity for the nation and the organisation’s 57 members. 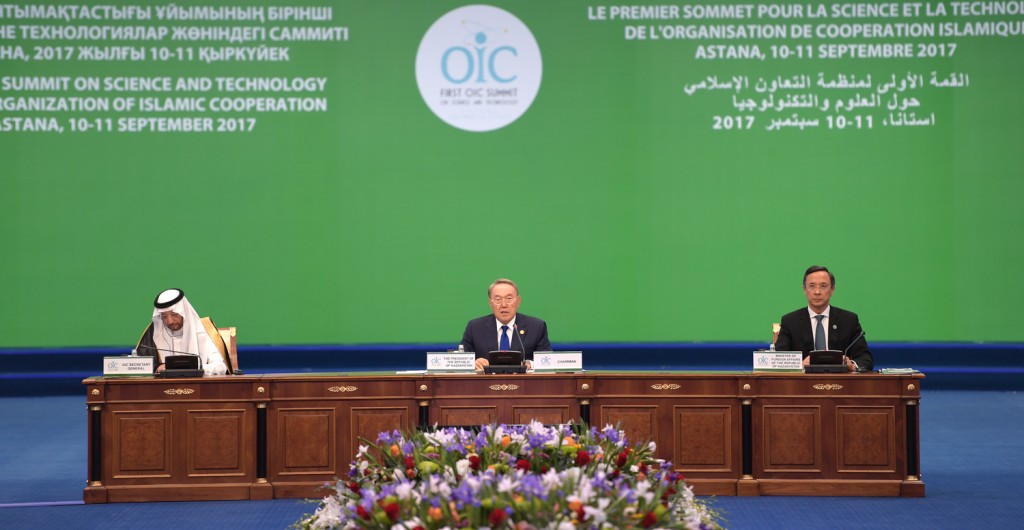 The summit adopted the Astana Declaration affirming the commitment of the member states to alleviate poverty, increase the budget for education and join efforts to accomplish the goals envisioned in the OIC 2025 Plan of Action and the United Nations (UN) Sustainable Development Goals.

Kazakh President Nursultan Nazarbayev, who opened the summit and welcomed 15 national and governmental leaders, including Azerbaijan, Iran, Pakistan, Saudi Arabia, Turkey and Uzbekistan, advanced the idea to organise the conference during the 2016 OIC summit in Istanbul. A year later, more than 80 foreign delegations visited the city to discuss the organisation’s priorities and goals in science, technology and innovation.

“Islam came to our land more than 1,000 years ago. We served as a link in the friendly dialogue between the Islamic and Western civilisation,” he said.

The Kazakh head of state pointed out several acute issues that the international community, including the OIC, needs to address.

“First is extremist and terrorist activity. Primarily, citizens of Muslim [and Muslim majority] countries suffer from their subversive activities. Second is the problem of the spreading of Islamophobia sentiments. Crimes against Muslims are on the rise every year in the Western countries,” he noted. 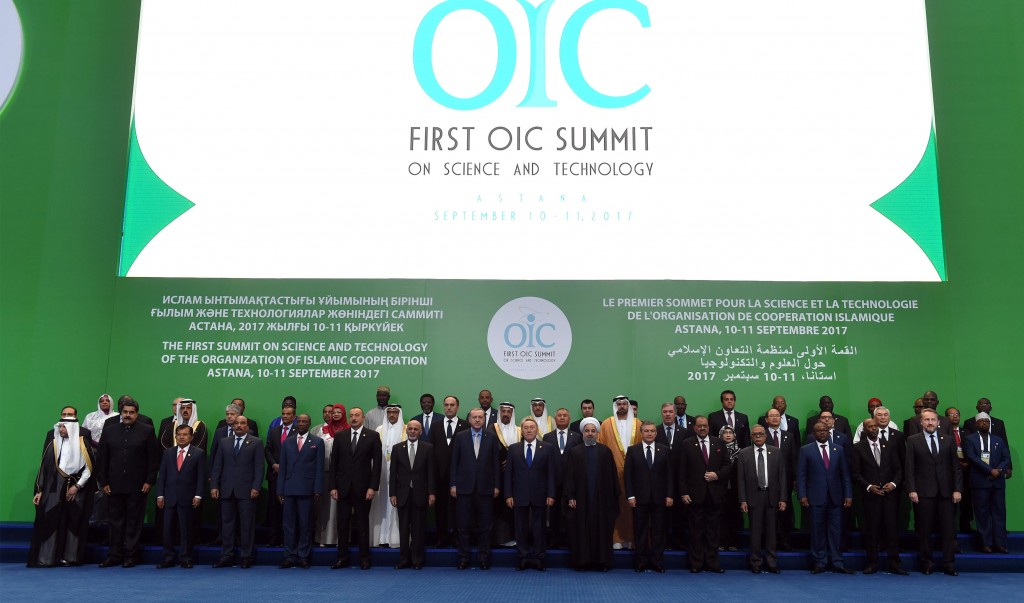 The lack of unity in the 1.5-billion Islamic world is yet another issue requiring attention, said Nazarbayev, who called for establishing a science and technology fund to foster development of both areas in the Islamic world that, in the past, was making tremendous progress in surpassing the West.

Scientists, including five individuals honoured by the special OIC Science and Technology Achievement Award, also agreed that the lack of funding explains why the Islamic world is lagging.

“I believe we need to establish the forum similar to the G20, an informal group to develop science and economy in the Islamic world. Fifteen leading OIC states can form the OIC-15, because the development of science and technology is very important for us. In this regard, we should establish fruitful cooperation with the Western world and this will foster the development of the Islamic world,” he added.

The President also expressed concern about the recent escalation of the conflict in Myanmar and urged the states to join efforts to settle the issue peacefully through the UN.

OIC Secretary-General Dr. Yousif Bin Ahmed Al-Othaimeen noted the summit was a “historic event,” as it brought representatives of 57 OIC member states to discuss the salient issues pertaining to science and technology. He thanked Nazarbayev for the conference’s excellent coordination.

“Kazakhstan has great respect in the Islamic world. On behalf of all delegations participating in the summit, I would like to express gratitude personally to you and all the Kazakh people for the warm welcome and high level of organisation of the event,” he said.