Films in memory of Nelson Mandela shown in Astana

By Frol Leandoer in Culture on 13 September 2017 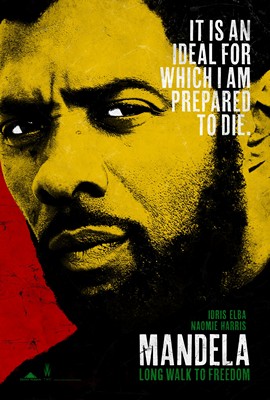 “Mandela: Long Walk to Freedom” is a 2013 British-South African biographical film directed by Justin Chadwick from a script written by William Nicholson and starring Idris Elba and Naomie Harris.

The film is based on the 1995 autobiographical book “Long Walk to Freedom” written by anti-apartheid revolutionary and former South African President. The film illustrates Mandela’s early life, coming of age, education and 27 years in prison before becoming president and working to rebuild the country’s once segregated society.

“More than Just a Game” is a 2007 semi-documentary film directed by Junaid Ahmed. The film shows how political prisoners on Robben Island in South Africa founded the Makana Football Association in 1966.

The screenings were presented with the support of the South African Honorary Consul Nurlan Abdulov. South African Minister of Science and Technology Naledi Pandor also attended.