ASTANA – France is using EXPO 2017 to showcase innovative approaches to meeting future energy demand. The country is the owner of one of the largest pavilions at the exhibition, measuring 1,084 square metres, and is hosting major subject-related panels and discussions. Through the end of July, 300,000 people have visited the pavilion. 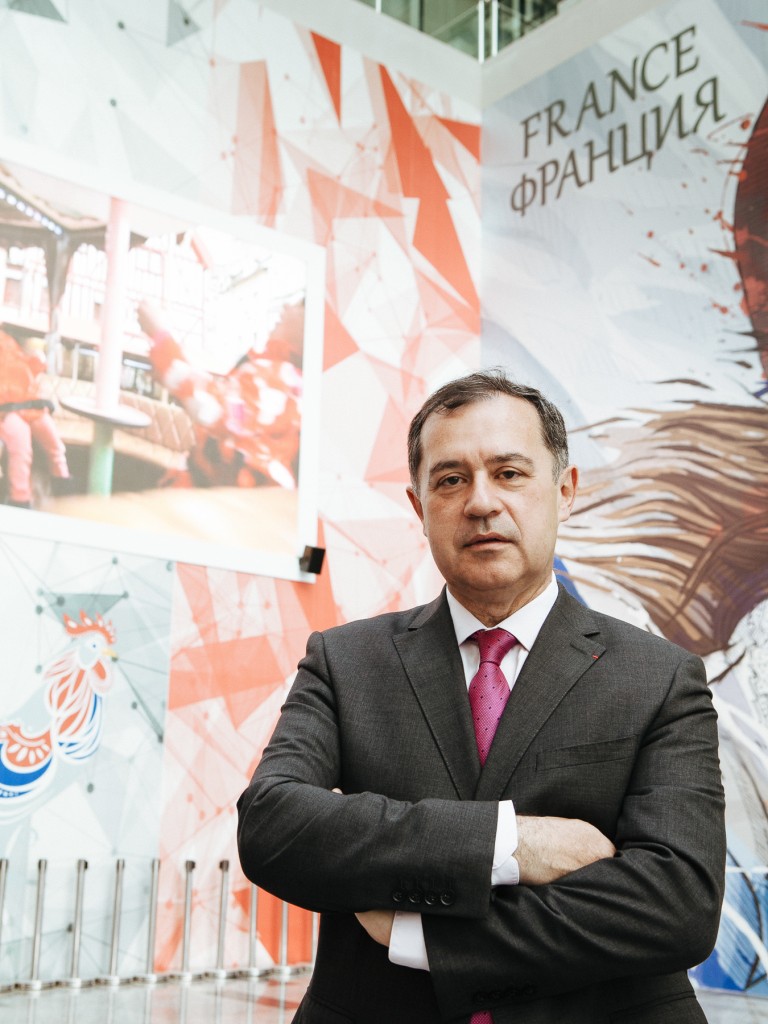 The Astana Times spoke with French National Commissioner Pascal Lorot to learn about the country’s participation in the expo, its partners and programme.

A portrait of Marianne, the national symbol of liberty, was created by street artist Yann Dalon to welcome visitors to join in the festive and energetic atmosphere of the pavilion.

“We were one of the first countries in the European Union that signed a strategic partnership agreement with Kazakhstan many years ago. Our country has always actively supported Kazakhstan,” said Lorot.

The pavilion is set up in eight different spaces, conceived and created by its partners under the supervision of the French High Commissariat.

“Many visitors coming to the pavilion are quite surprised because there’s a lot of innovation. It’s not only a mix of know-how technology, but also art and culture. We have put some cultural background and cultural figures who contributed to the advancement of the human being on the world scale between innovative and technology tools. France is a land of culture and history and we want to bring a small piece of culture and history to a broad environment which is mainly dominated by energy innovation,” he added.

Companies and partners at expo

Pavilion partners include well-known French companies and organisations including Total, Syctom, Agency for Environment and Energy Management (ADEME), Veolia, Peugeot, Vicat, Saint-Gobain and ITER. Each provides different sources of energy to reduce energy consumption and draw the attention of the international community to the process of climate change. 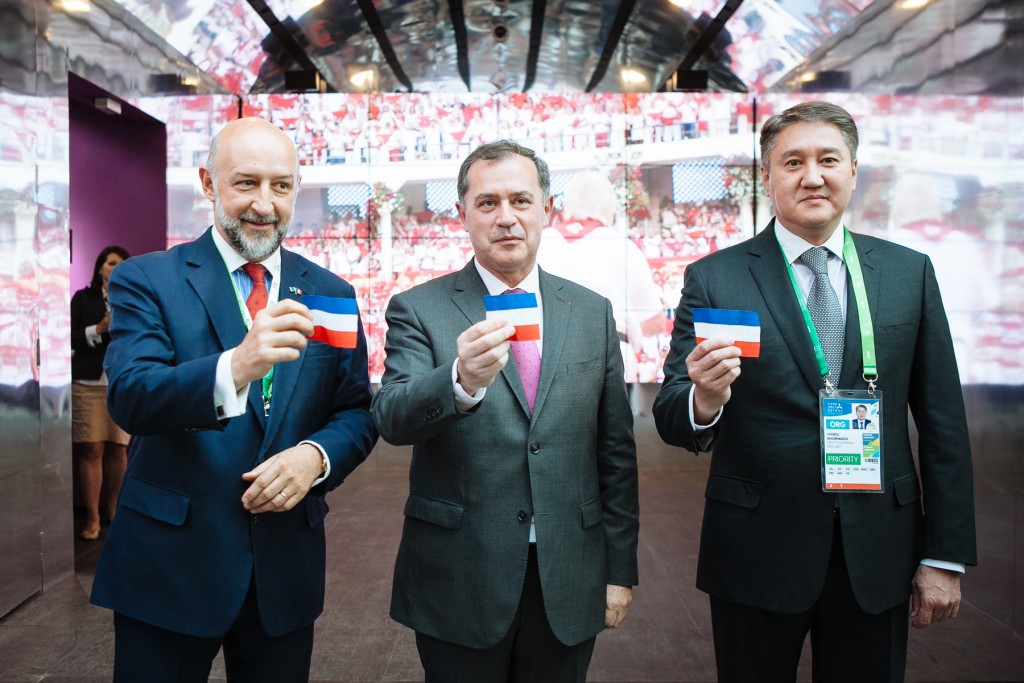 “Most of our partners brought some new concepts, design and innovative ideas. Vicat presents a translucent concrete which opens a large room of innovation for architects and urbanism. It is exclusively presented here. There is also a vegetalised wall and solar panels encapsulated in concrete,” said Lorot.

Total uses interactive wheels with animation and pictures to convey information on future energies, bio-energies and solar energies. The section devoted to Saint-Gobain shows how different isolation materials can lead to variations in comfort and energy 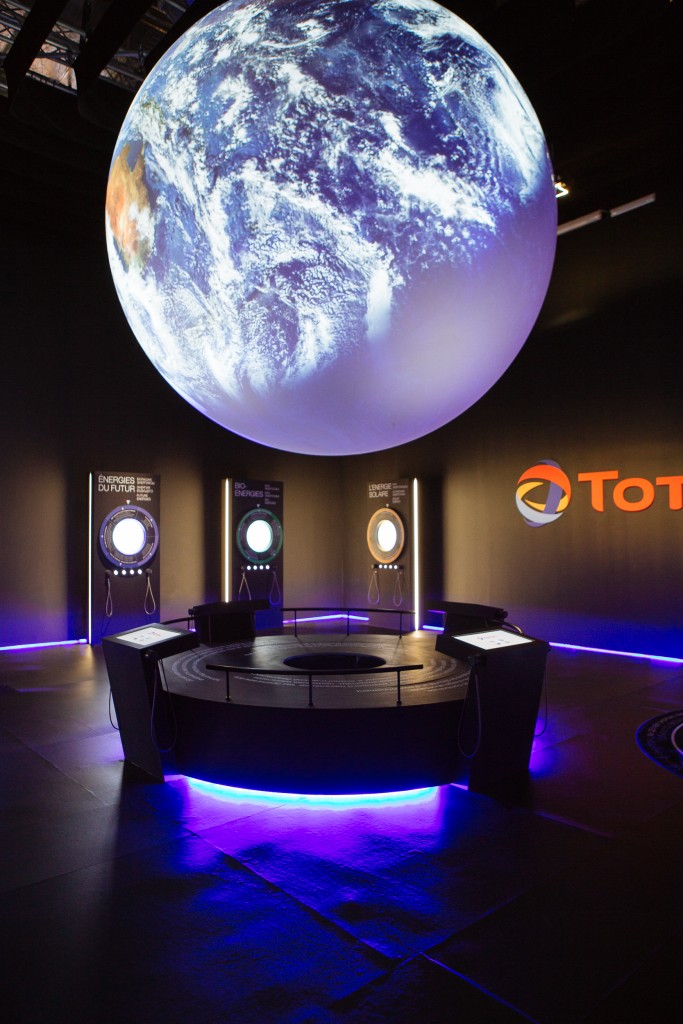 “ITER is a big international organisation which is based in the south-east of France. They show what the energy revolution will be within three or four decades,” he said.

The pavilion has been designed, developed and managed by team of five, including the commissioner.

“We have some trainees coming from France and Kazakhstan who support us and participate in the life of the pavilion,” he added.

“The exhibition is an opportunity to meet people and to talk about innovative subjects. Future energy is the important theme as well as new technologies, environment preservation and other issues. It is a broad theme which is strategic for the future of humankind. I’m confident that this will have some outcomes after the exhibition. It is a tradition of Kazakhstan to gather people from different places to start talking in order to make a more peaceful world,” said Lorot.

France adopted a law for energy transition towards green growth in August 2015, which states that more than one-third of all the energy produced will come from renewable sources by 2030.

“We are not only focusing on the main renewable energy issues, but we also need to find new processes so we focus a lot on small and medium-sized enterprises (SMEs). We have many projects in France to support SMEs working in the field of renewable energy. As an example, ADEME has a special project which is named Investments for the Future and in terms of renewable energy, since 2010 till now we have given more than 2.5 billion euros to support small projects,” he said.

Whether it’s a celebr 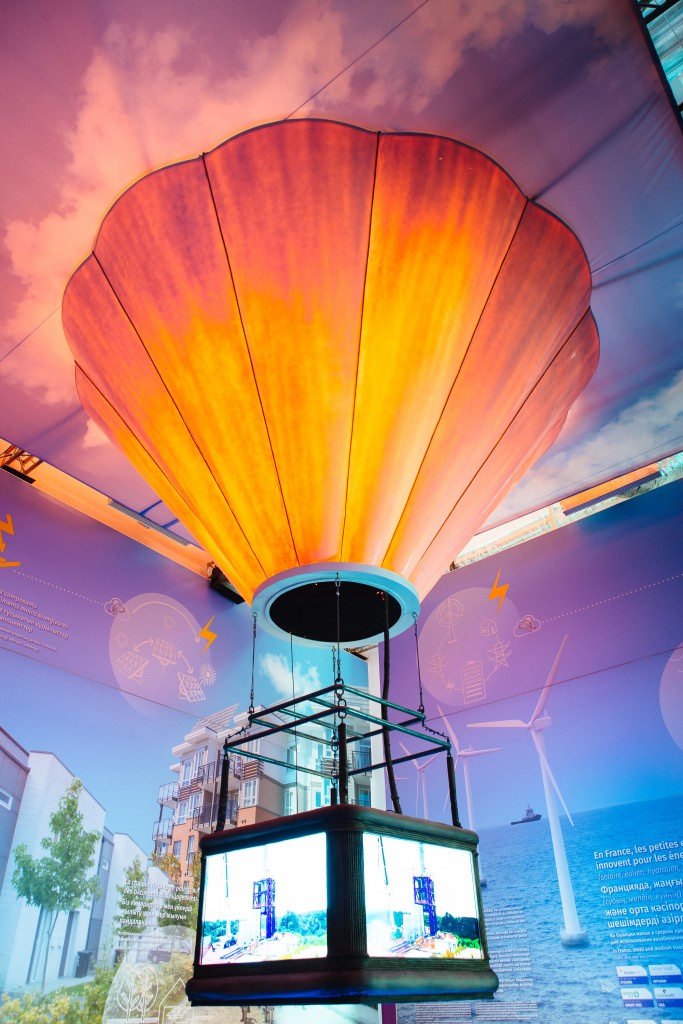 ation of World Music Day (Fête de la Musique), Bastille Day or thematic seminars, a diverse programme of events is attracting an audience to the pavilion.

“Between June 10 and the end of July, we have organised events on average every two days. We organised seminars on reorganisation of housing in terms of noise, heat, safety and efficient and professional waste retreatments. We plan to continue a series of economic seminars as we try to develop cooperation between French and Kazakh companies and institutions. All the events were organised in partnership with local partners,” said Lorot.

The agreement between Pavlodar Oil Chemical Plant and Air Liquide Munay Tech Gases strengthening relations between Kazakhstan and France was also signed at the pavilion.

“Our mission is to show the best of technologies of France in regards to the theme of future energy. We are fully committed to a complete success of the exhibition because we know it’s very important for Kazakhstan. I would like to stress that the expo in Kazakhstan is very well organised. Consultations and positive discussions held here have been shown to have a higher chance of success,” he said.