By Anuar Abdrakhmanov in Sports on 21 August 2017

ASTANA – FC Astana suffered a major 0-5 defeat from Celtic FC in the first match of the UEFA Champions League playoffs on Aug. 16. 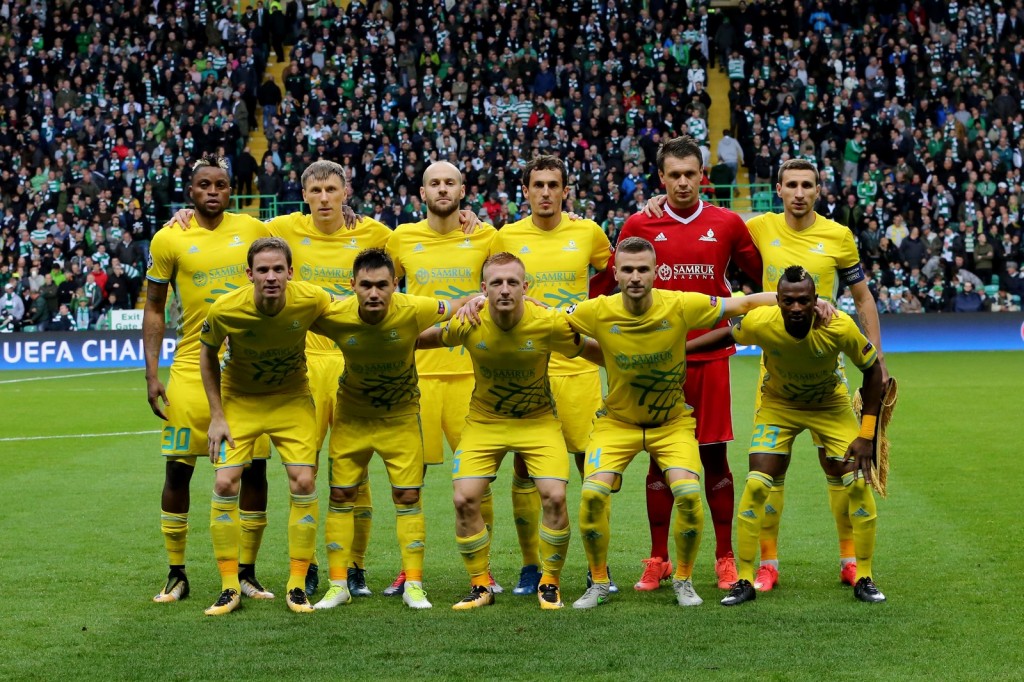 It was the second time the teams met in the Champions League. In 2016, FC Astana suffered a 1-2 defeat in Glasgow, following a 1-1 draw in Kazakhstan, and the Celts went through to the group stage of Europe’s main club tournament.

Astana faced some difficulties with its lineup before the most recent match. Defender Marin Anicic and forward Djordje Despotovic had to miss the match because of injuries.

Many in the world know that the Celtic Park is one of the noisiest stadiums in Europe, and the home team usually play very well at home. Celtic demonstrated it very well in the first match.

During the starting 30 minutes, Astana played head-to-head with the hosts. Then, however, following a cross by Celtic’s Tom Rogic, the ball ricocheted off Astana defender Yevgeny Postnikov and got into the goal. Astana soon had their own scoring chances but Junior Kabananga, Patrick Twumasi and Postnikov squandered them. In the first two cases, the Celtic’s goalkeeper Craig Gordon caught the ball, and the third shot, from Postnikov, following a corner pass, went above the gate. Celtic, on the contrary, used their scoring chances very well. At the end of the first half, Scott Sinclair outplayed Astana goalkeeper Alexander Mokin and scored the second goal.

In the second half, Astana FC again tried to counter-attack. Twumasi made another shot towards the target but missed. Kabananga passed by the opponent and went inside the penalty area but the ball ricocheted off the second defender’s foot and fell on the hosts’ goal from above. While the Kazakhs’ attacking attempts brought no fruit, Celtic scored three more goals – the second one for Scott Sinclair and another goal came from James Forrest, while the final one went in following another cross and ricochet – this time from the visiting team’s Igor Shitov.

With the final 5-0 score for Celtic, the chances of FC Astana advancing to the next stage are virtually non-existent.

“I think we made a lot of individual mistakes tonight, and the quality [of Celtic’s performance] played a decisive role. Almost every shot into our goal changed the score. I said many times there is a big difference between the championship of Kazakhstan and the European Cup tournaments. To be honest, I think my players did a [big] job before this match. Yes, the outcome of this match is very hard to accept. However, we need to improve the level of the national championship in order to play better in Europe. We will try not to lose in the home match. If possible, a win would also be a good result. We have excellent support from the fans. The team plays much better at home,” commented FC Astana manager Stanimir Stoilov.