ASTANA – Morocco established its first embassy in Kazakhstan at the end of 2016, almost 25 years after diplomatic relations were first established. Morocco’s first Ambassador to Kazakhstan Abdeljalil Saubry, recently discussed his priorities in an interview with The Astana Times 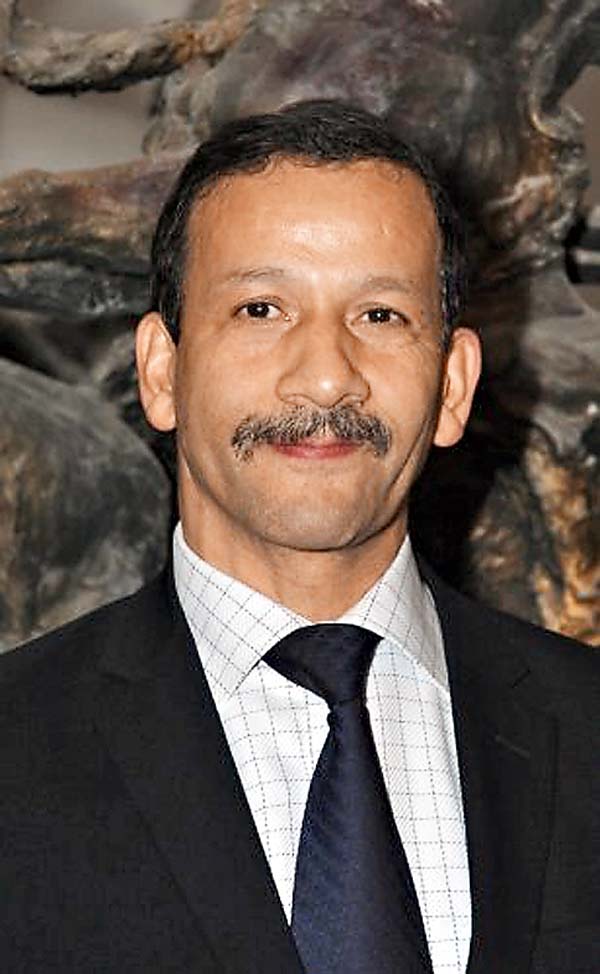 “The fact of the opening of the Moroccan Embassy in Kazakhstan shows the potential for the bilateral cooperation is real and Morocco highly appreciates Kazakhstan’s role in the region and in the world. We are sure that Kazakhstan shares the same interest in the development of our relations,” said Saubry.

Kazakhstan and Morocco cooperate closely on political matters and within international organisations but could improve the level of its economic cooperation, noted the ambassador.

“Our political relations are very good. Our goal is to ensure that our remarkable political relations are reflected both economically and culturally, as well as in other areas of common interest. For example, at the moment, trade can be called ‘modest’ and irregular. Hopefully, the situation will improve. Trade turnover between two countries is about $170 million, the indicator is not high,” he said.

“First of all, my main task is to support the political dialogue, for it to be regular and on a high level,” he outlined.

The second is to enhance economic cooperation in priority areas of common interest for both countries.

“For example, agriculture. Historically, it plays a big role for both countries. Also, the energy sector has real opportunities for cooperation between our two countries. Morocco is a leader in the region of Africa in the renewable energy field. Last year, The UN Framework Convention on Climate Change (UNFCCC) held its 22nd Conference of the Parties (COP 22) in Marrakesh. We pay great attention to the energy sector, also due to the fact that we do not have traditional fuel sources, such as oil. So we are forced to develop new sources of energy. And Kazakhstan, as we know, pays a lot of attention to that issue. Holding EXPO 2017 also proves that fact. I would like to take this opportunity to congratulate Kazakhstan on the fact that it was elected to host expo, as well as with an excellent organisation and the right choice of the theme of the Future Energy. I think expo gave an opportunity to host different events, forums, summits. I am glad to be here at that moment. This exhibition also gives Kazakhstan the opportunity to strengthen its wealth, diversity in cultural, tourism and human terms,” said the ambassador.

Another area of joint interest is cooperation in the mining industry and hydrocarbon exploration, in which Kazakhstan has accumulated rich experience, he said.

Tourism plays a vital role. “For Morocco, it is the priority sector. Around 10 million tourists visit our country each year. We set the goal to reach 20 million tourists per year by 2020-2025. We have extensive experience in the sector, which we can share with Kazakhstan. Kazakhstan is also open to the world. It has a goal to play a bigger role in the region and tourism is a factor that allows one to open up more to the external world. I think Kazakhstan and Morocco can successfully develop mutually beneficial cooperation in the field of tourism,” stated the official.

“I would like to invite everyone to Morocco. It is rich on many levels, and it has a great climate, cuisine, and history. It has an access to the sea, to the ocean, to the mountains and a desert. We have many things to see. I am sure Kazakh tourists will love it,” said Saubry.

The two countries are divided by thousands of kilometres and are on different continents, but still share commonalities.

“As you know, I have been in Kazakhstan for several months only. However, over this relatively short time, I can already note that Kazakhstan and Morocco both have centuries-old tradition of co-existence of many cultures on one territory. Both countries have a high level of tolerance in many ways. They both are distinguished by their hospitality and it reflects on everyday life. That common distinctive feature is also reflected on the international level: both our countries promote a culture of dialogue, negotiation, mediation and peaceful resolution of conflicts,” said the ambassador.

“In this regard, I would like to pay tribute to the wise and far-sighted policy of His Excellency President Nursultan Nazarbayev. He really does a lot to maintain a dialogue between religions and cultures, to strengthen values of moderate views and tolerance. Regular holding of the Congress of Leaders of World and Traditional Religions is a vivid confirmation of this,” he added.

Another example of the constant efforts of the Kazakh President, according to the ambassador, is the measures taken at the international level: the organisation of high-level meetings this year to resolve the Syrian crisis under the Astana Process.

“Kazakhstan’s membership in the UN Security Council as a non-permanent member also demonstrates the President’s desire to render significant assistance to the efforts of the international community in resolving conflicts in the world. In this regard, I would like to note Kazakhstan’s significant work carried out within this organisation,” stated the official.

The ambassador also noted Morocco can be a valuable partner for Kazakhstan as its interest in Africa increases.

“The African continent is one of our major priorities. The whole world is interested in Africa now. It is an important continent with a huge potential. Our country is second in Africa in terms of attracted investment. Morocco can be an important ally for Kazakhstan in Africa and provide a platform for tripartite cooperation. Morocco can also play the role of a hub, the ‘main gateway’ to Africa due to our experience, a developed port and airport network, as well as the banking insurance system that has been remarkably integrated in African countries,” said the ambassador.

“I would like to take this opportunity to note that it is a great honour for me to be appointed as an ambassador to such an important country as Kazakhstan, to open the Embassy of the Kingdom of Morocco in this friendly country. I am also happy that I arrived at an important moment for Kazakhstan, when it carries out decisive political and economic reforms and we can observe intense political, diplomatic and economic activities, such as the organisation of the expo. This event will allow the country to demonstrate its achievements, as well as the great advancement that Kazakhstan has made in the way of modernisation and development of economic and human potential,” said Ambassador Saubry.