Kazakh President attends One Belt, One Road forum, meets with leaders in China

By Malika Orazgaliyeva in International on 16 May 2017

ASTANA – President Nursultan Nazarbayev attended the One Belt, One Road International Cooperation Forum and met with Chinese President Xi Jinping and other high leaders May 14-15 in Beijing. 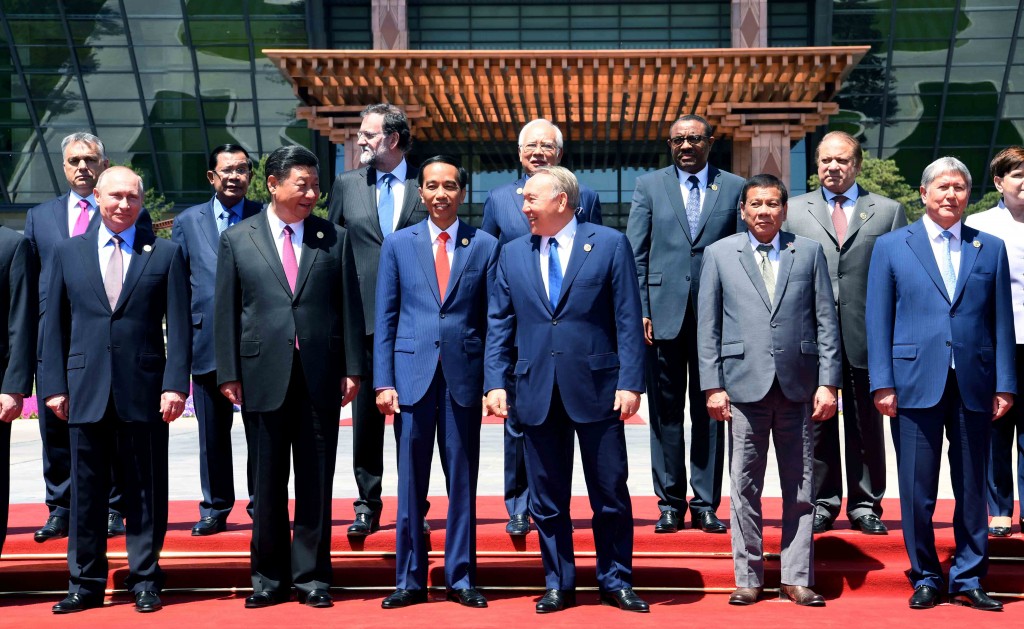 The form was meant to develop trends along the Great Silk Road and new mechanisms for economic cooperation, to stimulate the economic progress of the states involved, to strengthen cultural ties between different civilisations, and to promote peace and sustainable development.

Speaking to the participants, Nazarbayev called Xi’s idea to restore the ancient Silk Road in Eurasia in a modern format a timely response to the increased political, economic and humanitarian crises in the world.

“Paternalism and application of politically motivated sanctions have worsened economic activity and the lives of millions of people. As a result, the world economy and trade have declined. In these conditions, the world needs a new driver to stimulate international cooperation,” he said.

According to Nazarbayev, the global trade project allows to form a new geo-economic paradigm, the successful implementation of which will benefit countries with a total population of 4.4 billion people.

“The proclaimed approach ‘stability through joint development’ is an attractive form of international cooperation reflecting the economic interests of dozens of countries. Now, when certain contours of the Silk Road are visible, a joint strategic coordination of this macro regional cooperation is necessary. In addition, the implementation of the Silk Road initiative allows to position the whole regions in a new way, including Central Asia in a global context,” Nazarbayev noted. 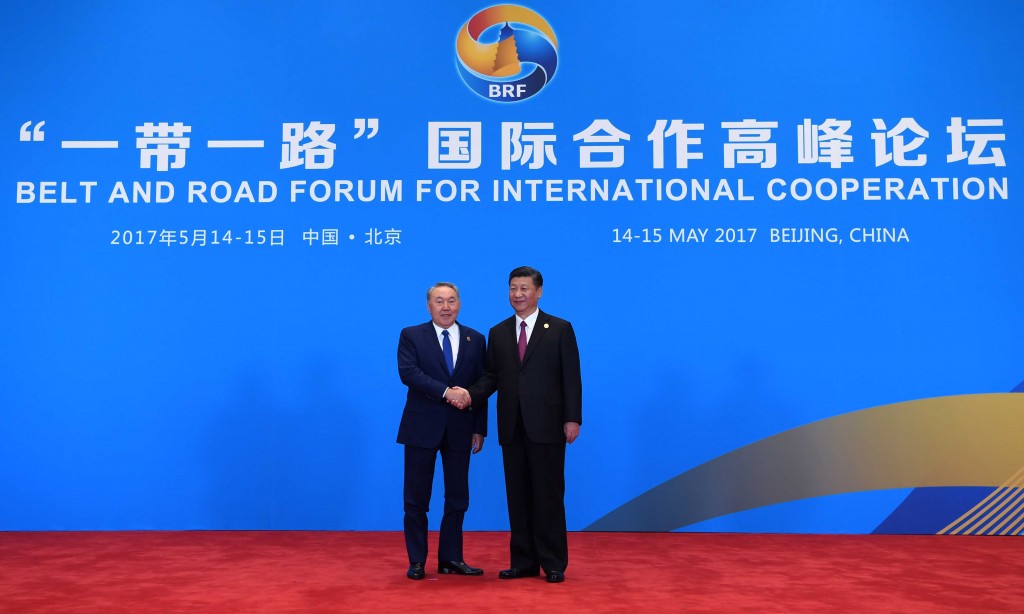 Nazarbayev stressed that Central Asia has regained its strategic importance and has become the main bridge between the world’s largest markets.

He noted the important role of the Eurasian Economic Union (EAEU) in this connection.

“The idea of creating a single economic space of Greater Eurasia acquired a new meaning. The Silk Road Economic Belt can advantageously link the platforms of the Shanghai Cooperation Organisation (SCO), the (Eurasian Economic Union) EAEU and the European Union into a single regional prosperity area,” Nazarbayev said.

The Kazakh leader proposed steps to implement the Chinese initiative.

“In order to effectively develop the growing transit potential of the Silk Road Economic Belt it is necessary to consistently facilitate the passage of commodity flows through improvement of the level of services and removing administrative barriers. Kazakhstan takes concrete steps in this area. It requires expertise and appropriate funding. I believe the Asian Bank of Infrastructure Investments needs to actively finance such programmes,” he informed.

He stressed the importance of developing agricultural cooperation to ensure food security of the countries located along the new Silk Road.

Nazarbayev also suggested concentrating on closer cooperation in the sphere of innovative scientific and technological development.

“I would like to draw your attention to the initiative of Kazakh scientists to establish an International Academy of Sciences of the Silk Road. At the same time, it is important not to miss complex environmental issues, including the problem of rational management of water resources of intercontinental transboundary rivers, which can be transport arteries,” he said.

Nazarbayev noted the importance of mutual trust between the involved countries, as well as their readiness for equal and comprehensive cooperation for the successful development of the Belt and Road initiative.

At the meeting with Xi, Nazarbayev noted that the forum will be one of the main highlights of the year all over the world.

“In my view, your speech today has been extremely thoughtful and answered many questions of cooperation between countries. One Belt, One Road is a new paradigm, a scheme of cooperation at a new level,” he noted.

“The Belt covers more than 60 countries, which is 45 percent  of the world’s population. Bilateral and multilateral cooperation between Kazakhstan and China can serve as an example for other countries,” Nazarbayev added. 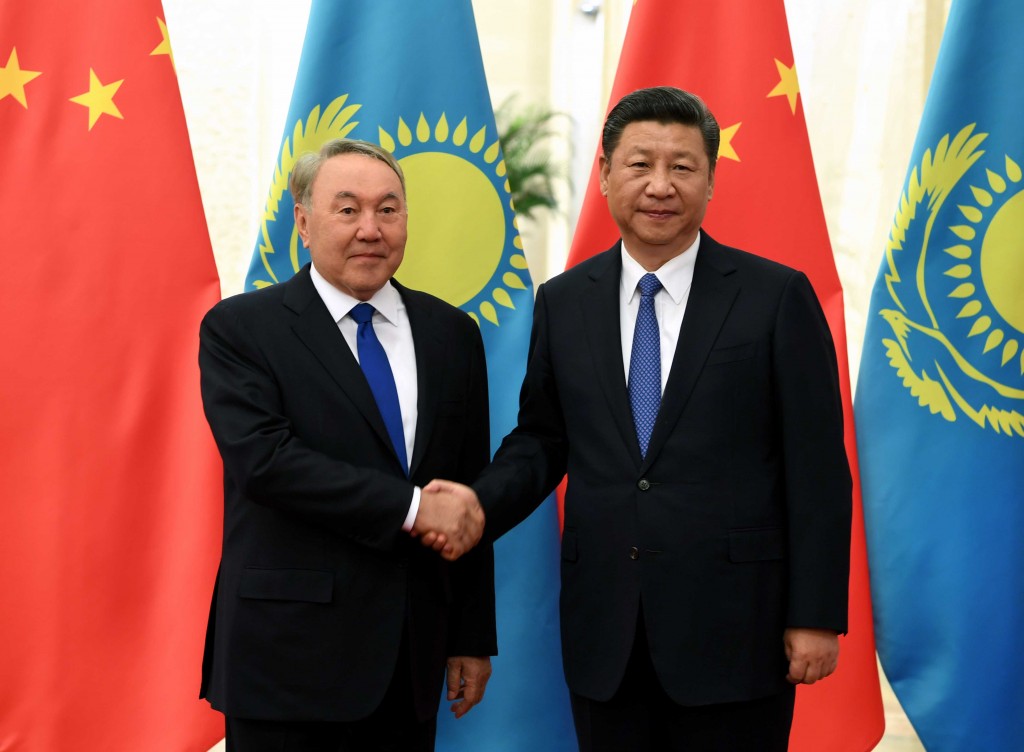 In addition, the parties discussed ensuring regional and cyber security, as well as international issues.

According to the Akorda press service, Xi thanked Nazarbayev for Kazakhstan’s contribution to the Syrian conflict settlement.

He also noted the success of the Nurly Zhol Programme, as well as underlined the relevance of Kazakhstan’s initiative the Conference on Interaction and Confidence Building Measures in Asia (CICA).

The Chinese leader confirmed his readiness to take part in the upcoming SCO summit and opening ceremony of EXPO 2017 in Astana next month.

Nazarbayev also had a conversation with the UN Secretary General Antonio Guterres, who also confirmed his participation in the SCO summit.

The Belt and Road initiative, which aims to expand trade links between Asia, Africa, Europe and beyond, was first unveiled in 2013.

According to bbc.com, Xi has pledged $124 billion in the One Belt, One Road project. In Xi’s words, trade is the important engine of economic development.

Part of the massive funding boost, which is aimed at strengthening China’s links with its trading partners, includes $9 billion in aid to developing countries and international institutions that form part of the Belt and Road project.

Leaders from 29 countries, and officials from around 130 countries, attended the two-day forum.