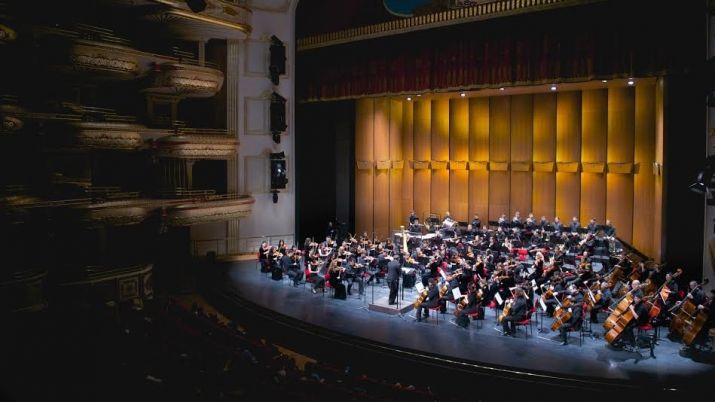 First oboe at the La Scala Opera House, the Royal Theatre of Turin and the Roman Opera, Bortolato performed a Richard Strauss concert for oboe and orchestra with the Astana Opera symphonic orchestra in the first part of the programme.

The “Fantastic” symphony was presented in the second part of the programme. A composition titled “An episode in the Life of an Artist in Five Parts” is one of the most popular works written by great French romantic composer Hector Berlioz. The symphony is considered to be autobiographical as the composer was inspired by his love for Irish actress Harriet Smithson.

The symphony consists of five parts including “Reveries – Passions,” “A Ball,” “Scene in the Fields,” “March to the Scaffold,” “Dream of the Night of the Sabbath.”

“Berlioz’s works were definitely ahead of his time. Many composers used a stunning phantasmagoria in the plot, interesting musical findings, formulas, genre synthesis, which can be found in his works later,” according to a release from the theatre.

Conductor Abzal Mukhitdinov said that this symphony has something theatrical in its essence and is an example of how vivid pictures and images can be created by music.

“This music excites the imagination. And it’s a real revelation for many people. It is an unusual music format. For example, in the third part we hear how the oboe sounds from the auditorium. There is a transformation of the beloved woman theme in the finale part. The waltz that sounded at the ball is transformed into the wild dance of witches,” said Mukhitdinov.