ASTANA – Numerous celebrations have been held around Astana for the Nauryz holiday. 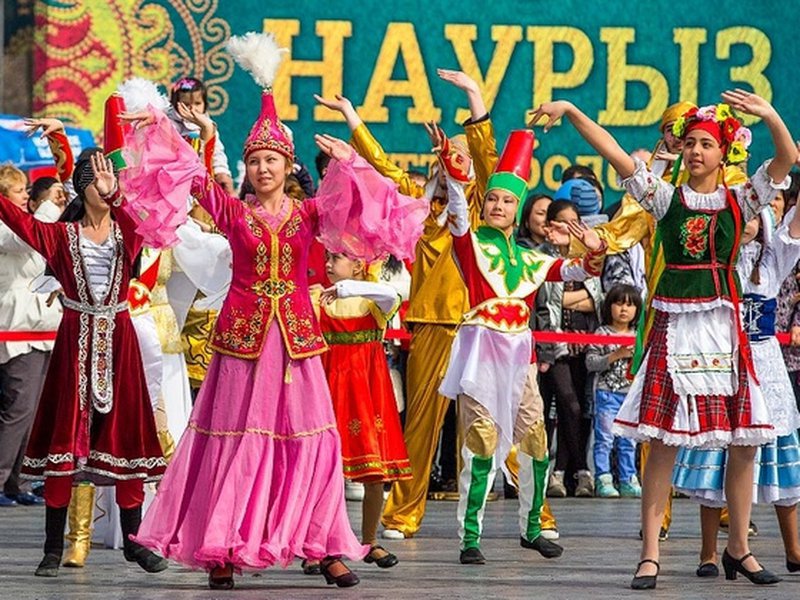 On March 16-17, the programme started with the festival for people with limited abilities “A creation without borders.”

On the days of Nauryz, March 21-22, folk festivals with fairs, concerts, sports and entertainment events were held in different parts of the capital, including the area of Kazakh Eli square, the Students Park and the territory near the Zhastar theatre.

At the Kazakh Eli Square, traditional Kazakh rites such as Bata beru, Tusau keser, Aitys, Betashar and others were shown to the public. A show programme with concerts took place as well. Also, people were able to buy and taste traditional food and drinks.

But the main and the biggest event was located in the area near the Khan Shatyr Entertainment Centre. Visitors were able to witness ethno aul with yurts, Kazakh games, food and the work of craftsmen.

There were 19 yurts, shopping tents, as well as a bazaar. During the days of celebration, traditional Kazakh folk rites were performed by the artists of the theatres of Astana, as well as representatives of ethno-cultural associations. At an Oriental-style bazaar, an exhibition-sale was organised, where visitors saw different types of arts. Craftsmen shared their secrets of the manufacture of decorative art. Traditionally, there was a free distribution of baursaks and Nauryz kozhe. Everyone was also able to take part in national games, such as kazakhsha kures (Kazakh wrestling), arkan tartys (tug of war) and others. Also, visitors witnessed dog races.

Also, the Saryarka velodrome hosted perhaps the largest and the most elaborate special event March 21 attended by dignitaries including the head of state.

The Astana Opera also showcased on March 22 the Kyz Zhibek opera. Numerous art performances were also available at theatres in the capital.