By Anuar Abdrakhmanov in Sports on 7 March 2017

ASTANA – The new football season kicked off in Kazakhstan March 4 at Almaty’s Central Stadium. The country’s two top teams of the last few seasons, Astana and Kairat, contested the Super Cup for the third year in a row. 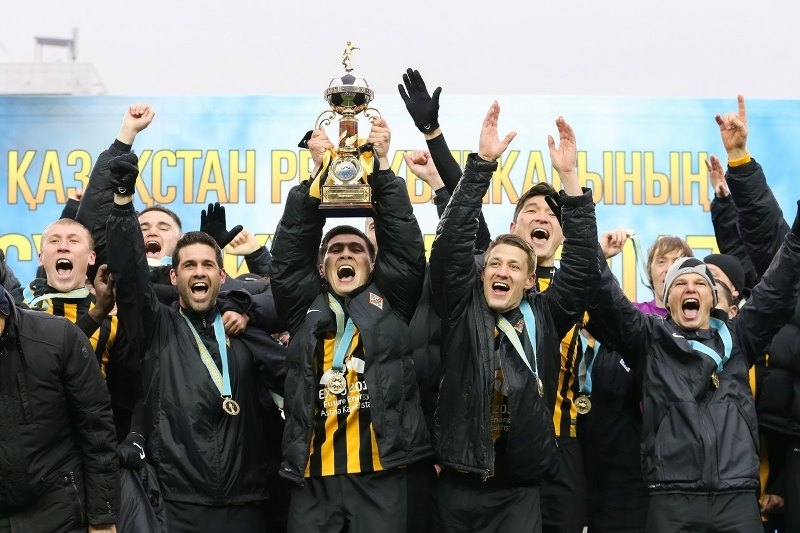 Kairat’s line-up remained almost the same as last year, but some positions were strengthened. The newcomers are the Kazakh national team’s defender Yeldos Akhmetov, who last season played for Pavlodar’s Irtysh, midfielder Georgy Zhukov from Russia and Ivo Ilecic, who has experience from Hamburger SV, of German Bundesliga’s top rosters. Thus, the Super Cup match allowed the chance to evaluate what the renewed line-ups of Kazakhstan’s two top teams would look like in the new season. 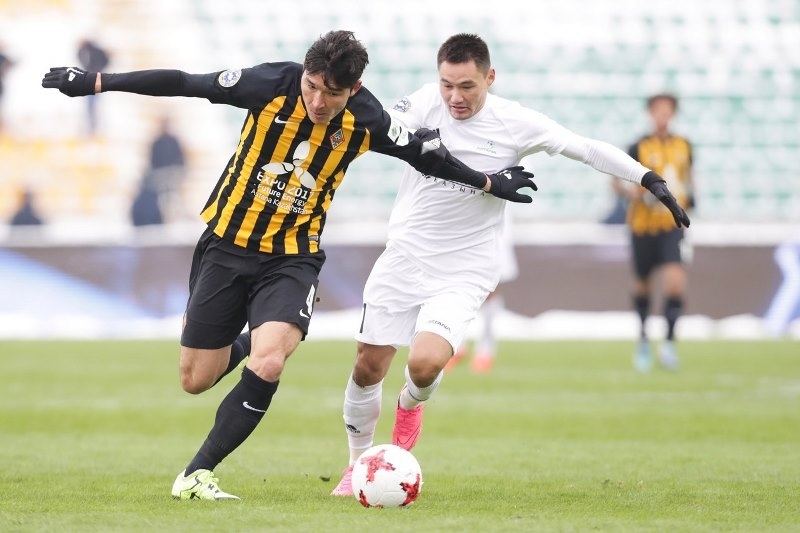 Astana had a chance early in the match to take the lead. Junior Kabananga took advantage of the Kairat defence’s mistake and made a long-range shot, but it went wide. Kairat managed to make a move near the middle of the first half when former Arsenal striker Andrey Arshavin struck from outside the penalty area and the capital club’s goalkeeper and captain Nenad Eric deflected it to a corner. The hosts had more control of the ball closer to the end of the first half, aiming at the visitors’ goal more often. Arshavin made a couple of attempts and Isael created a few more chances for Kairat, which made the situation in the right wing area much tenser. This did not help the Almaty team, however, and at halftime the scoreboard showed zeroes.

After the break, the opponents became more active. Kairat possessed an advantage and attacked more often, but Astana defended well. The first strike to reach the net behind Eric came in the 65th minute, but was disallowed. Almaty, however, managed to score a bit later through Sesar Arzo appearing in the right place at the right time, following a cross from the left. The Spanish central defender scored the new season’s first goal, making it 1-0.

The goal forced Astana to turn more active. Murtazayev came out from the bench to help newcomer Zhalmukan. Kairat became more careful after the goal, afraid of losing such a shaky advantage. Stanimir Stoilov’s team was closest to scoring its own in the 90th minute when Mayevsky made a strong shot, but Kairat’s goalkeeper Vladimir Plotnikov saved his team from what seemed an inevitable goal.

After that, the two teams became even more active, but it was the hosts who scored again. Islambek Kuat made the score 2-0 in the stoppage time, putting an end to the match. Kairat won the Super Cup, gaining revenge from last season’s loss to Astana.

“Hats off to the fans of Kairat, who came to root for us in such weather. Before the match, I told the guys that we couldn’t let down those who came in such cold to cheer for us. We showed decent football and the result was good. As for the game, Astana took the initiative and we did not control the ball for the first 15 minutes, but then calmed down. In the second half, we recovered and created quite a lot of chances that could end in goals. At the end, when Astana attacked there was a key moment and Plotnikov saved the team. Our team deserved the win, more so the outcome is a natural one,” said Kairat’s head coach Kakhaber Tskhadadze at the post-match press conference.

“I think the two teams were equal and we allowed goals because of our own mistakes. The second goal was scored in a counterattack since we were losing and the players had no strength to go back. It is a bitter defeat, but I would like once again to congratulate Kairat on winning. We will have another chance to win,” said Eric on behalf of Astana.