By Zhanna Shayakhmetova in Nation on 13 December 2016

ASTANA – The Independence Pole expedition, organised under the auspices of the Assembly of the People of Kazakhstan and initiated by the Kazakh Geographic Society (KazGeo), started Dec.1. The participants intend to conquer Mount Vinson, the highest point in Antarctica, and hoist the national flag Dec. 16 in a campaign dedicated to the 25th anniversary of Kazakhstan’s independence. 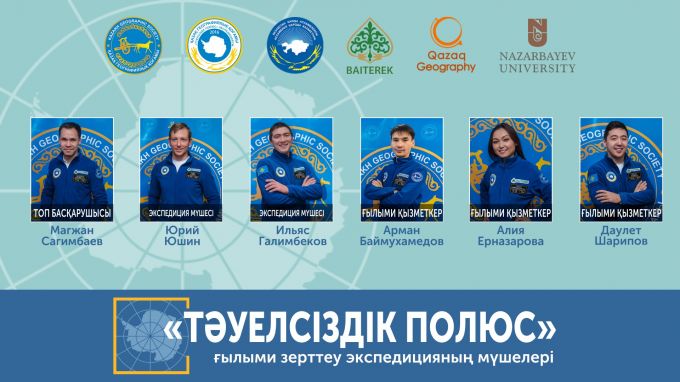 After the expedition, the nation also plans to offer establishing an automated research station on the ice continent.

Research work in ecology, biology and human physiology is being conducted as part of the expedition. Studying Antarctica is of great interest to scientists throughout the world, as the continent is an ideal scientific base of nature which has not changed for centuries. More than 50 research stations from different countries are located at the South Pole. 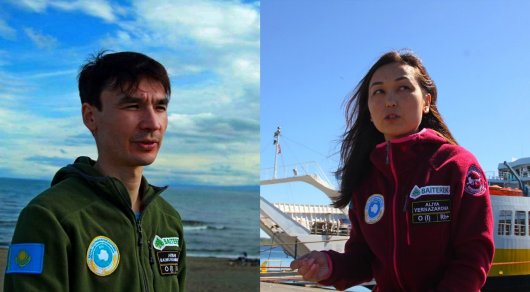 Kazakh scientists will conduct their research at Union Glacier. They aim to study biotechnology and the environment and examine the impact of Antarctica’s extreme conditions on human physiology, according to the society’s release.

A microbiologist by profession, Yernazarova passed a rigorous selection process to be among the participants. As an Associate Director of Science at Al-Farabi Kazakh National University Ecology Research Institute, she feels Antarctica is interesting not only for biologists but also for scholars around the world.

“This is an ideal base for research. It is very distant from the sources of pollution and continuously maintains a single stable low temperature level. Our task is to explore the flora and microorganisms and study their properties; for example, the ability to survive in extremely low temperatures,” she said.

Yernazarova intends to find microorganisms and achieve the final result of studying their unique properties and adding them to the Kazakh collection. She noted their work is fundamental research, as the microbiologists will be able to create new biotechnology in the future based on the results.

“The microorganisms are able to live under such difficult conditions and it is possible that they secrete special enzymes to do this. They can be a source of new biological discoveries. We will carry out further studies at the university as soon as I find them to develop new biologically active substances,” she added. Baimukhamedov, an epidemiologist, expects to examine the micro-climate of the workers at Union Glacier station.

“My task is to study the impact of environmental factors on the health of the micro-teams who work in the conditions of the Antarctic winter. People work there under a rotation system in small groups from four-eight people. Typically, these people are very close, as they spend much time together. The psycho-emotional background including environmental and indoors factors is an important factor for these people. Therefore, my study is aimed at assessing all these aspects,” he said.

The expedition to Antarctica is the second organised by KazGeo; the first trip took place in December 2011. The President’s decree of Kazakhstan’s accession to the Antarctic Treaty of 1959 was signed in November 2014.