ASTANA – The series of regional exhibitions continues in Astana: on Oct. 15 and 16, capital residents had a chance to see Days of the South Kazakhstan Region near Khan Shatyr Mall. The exhibition was timed to honour the 25th anniversary of Kazakhstan’s independence. 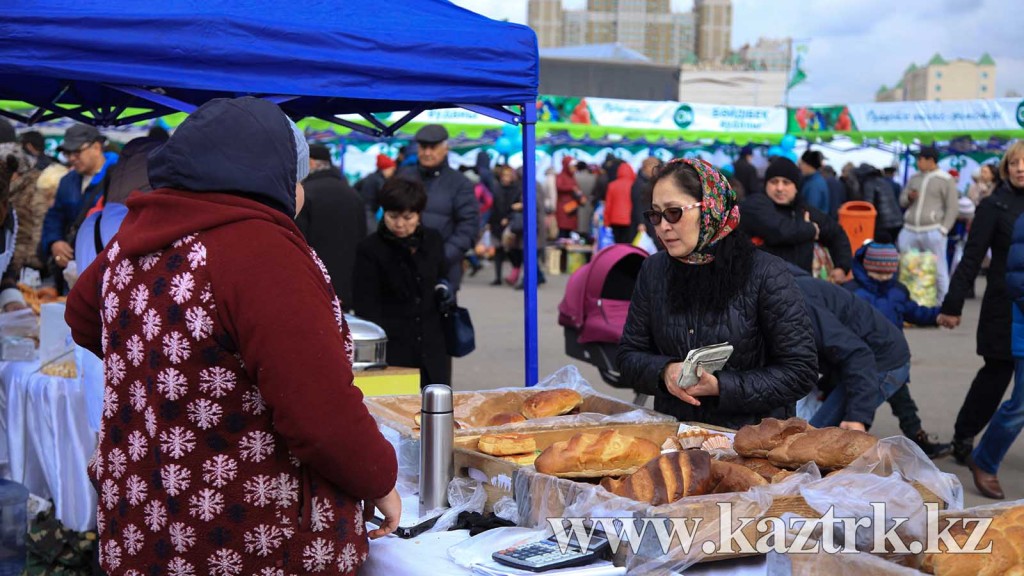 “We held more than 30 events over these two days,” said Bolatbek Tolegen, head of South Kazakhstan Region’s Internal Policy Department. “People from our region sold more than 300 tonnes of agricultural products. I think the days of different regions help strengthen cultural collaboration between the regions and help develop agriculture in general.”

Astana Akim (Mayor) Asset Issekeshev and South Kazakhstan Region Akim Zhanseit Tuimebayev visited the agricultural fair held on the first day of the celebrations to meet with farmers and customers in person in hopes of promoting local produce.

“Recently, we are seeing a lot of tags saying ‘Made in Kazakhstan,’” said visitor to the fair Maxim Danilov. “It is great to see that we are producing something. Not all products are great maybe; not all of them can be compared to imported goods, but they’re good for everyday use and most importantly they’re cheaper because they were produced here. Also I trust our producers because they use less chemicals. For example, smell some greens or fruits, they smell like fruits and greens as opposed to stuff imported from China or elsewhere.” 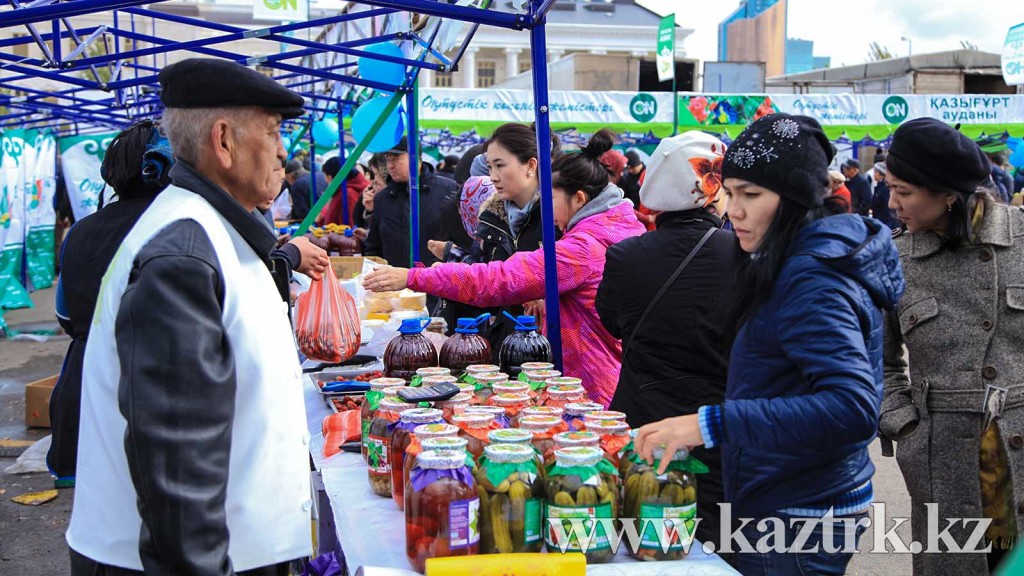 The agricultural system of the South Kazakhstan region has seen improvements recently. The region managed to collect a record 470,000 tonnes of produce during harvest this year – last year, the harvest totalled only 240,000 tonnes.

South Kazakhstan Days was launched with a cultural exhibition at the National Museum. Some 120 paintings were presented, depicting the formation of the Kazakh Khanate and the most important historical events in the timeline of the country: the liberating rebellion of the Kazakhs of 1916, the Second World War and the Great Patriotic War, as well as progress made during times of peace.

A delegation from South Kazakhstan presented to capital residents the history and cultural peculiarities of the region. They also showed animated films from the region at the capital’s Palace of School Children and staged performances at the Zhastar Theatre.

The programme also included a charity campaign for the handicapped and for a children’s psycho-neurological facility.

On the second day, Kazakhstan’s ethno-cultural associations took part in the Et Asu festival and a monument dedicated to composer Shamshi Kaldayakov was erected.

The festivities were concluded at the Congress Hall with a gala concert and a photo exhibition.