ASTANA – “Building a Nuclear Weapon Free World”, the international conference to be held Aug. 29, has attracted senior figures from nations that possess nuclear weapons, as well as non-nuclear states. The conference will bring together parliamentarians, representatives of international organisations, civil activists, scholars, as well as mayors and media from around the world.

Alyn Ware, Global Coordinator of Parliamentarians for Nuclear Non-proliferation and Disarmament (PNND) and recipient of the 2009 Right Livelihood Award (Alternative Nobel Peace Prize), is one of the busy organisers. Among his other duties at the conference, he will moderate the panel session “Nuclear test ban and the role of the United Nations in achieving nuclear disarmament.” The Astana Times asked him several questions related to the current global situation in terms of nuclear disarmament. 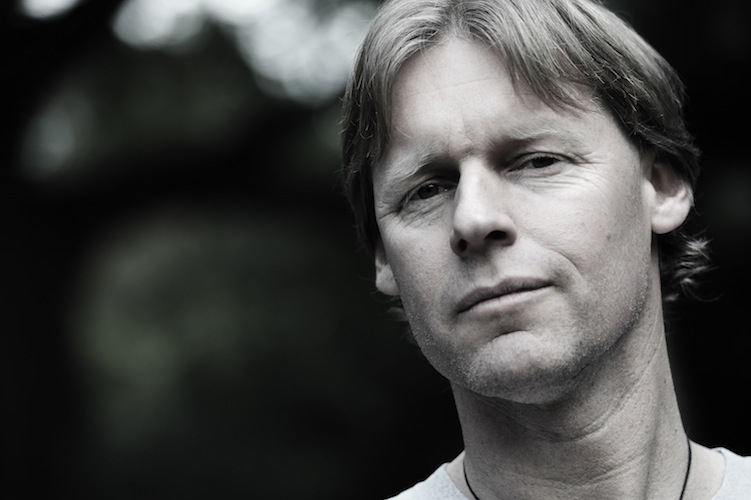 The threat from nuclear weapons has scarcely ever been as great. For instance, violent extremist groups are actively trying to get their hands on nuclear weapons and technology. If they succeed, they would not hesitate to use them. What can governments do in order to prevent a potential disaster for the whole planet?

So the first step for nuclear-armed states is to stand-down their nuclear forces, declare that they would never be the first to launch nuclear weapons, and enter into negotiations to prohibit and eliminate the weapons under strict and effective international control. This will not only reduce the risk of nuclear war between countries, but it will also make it impossible for terrorists to acquire or build a nuclear weapon. There will no longer be any nuclear weapons for the terrorists to steal, and all fissile materials will be secured.

What is a role of PNND in this field?

PNND is a cross-party network of parliamentarians from around the world which works on policies, legislation and other initiatives to prevent nuclear proliferation, reduce nuclear risks and achieve a nuclear-weapon-free world. PNND works in cooperation with the United Nations, Inter Parliamentary Union (IPU), Parliamentary Assembly of the Organisation for Security and Cooperation in Europe (OSCE PA) and other international bodies to build cooperation on nuclear non-proliferation and disarmament. Many of our members have key positions – such as foreign ministers, speakers/presidents of parliaments, chairs of foreign affairs and defence committees, presidents of inter-parliamentary bodies such as the IPU and the OSCE PA, and international organisations such as the current President of the UN General Assembly. But even those members without key positions can make a difference by raising their voices, organising parliamentary events and initiatives, raising questions or motions in parliaments and cooperating with civil society in global campaigns.

PNND is a co-organiser of the international conference “Building a Nuclear Weapon Free World.” Why did you support an initiative to hold such an event in Kazakhstan? What is the main premise of the conference?

Kazakhstan has led by example on this issue. This includes closing down the Semipalatinsk nuclear test site, which had been the primary testing venue for the Soviet Union’s nuclear weapons, repatriating all nuclear weapons in Kazakhstan (approximately 1,500) to Russia for elimination, negotiating a Nuclear Weapon Free Zone with other Central Asian countries, moving the UN General Assembly to establish the International Day Against Nuclear Tests, establishing The ATOM Project to educate the world about the humanitarian impact of nuclear weapons and drafting a Universal Declaration for a Nuclear Weapon Free World which was adopted by the UN General Assembly in December 2015.

Parliamentarians, governments and representatives of civil society can learn from and be inspired by this example. However, in order to move nuclear weapon states to follow this example, parliamentarians need to work cooperatively with mayors, religious leaders, former officials and military leaders and other influential representatives of civil society. These are the constituencies we are bringing together in Astana for the conference on Aug. 29.

Kazakhstan and the world are set to mark the 25th anniversary of the closing of the Semipalatinsk nuclear test site. The country has taken the lead in the global campaign to move to a world free of nuclear weapons. President Nursultan Nazarbayev published his Manifesto setting out a blueprint for a world without nuclear weapons by 2045. This is the country’s unique experience. However, there are still around 16,000 nuclear weapons in the world. What can the international community do in order to preserve the world for future generations?

The Manifesto “The World. The 21st Century” which was recently released by President Nazarbayev is a very important contribution to the goal of a nuclear-weapon-free world and to an end to war. The manifesto recognises that there are connections between these two goals. The threat of aggression and war is what has led some countries to acquire nuclear weapons for deterrence. But this is no solution, as the very acquisition of nuclear weapons can increase the threats to other countries and perpetuate a negative spiral of tension and war. The manifesto shows another way – a way that is central to the foundation of the UN and is embedded in the UN Charter. And that is to prevent war not by threatening annihilation of others and destruction of human civilisation, but by utilising common security and international law approaches such as diplomacy, negotiation, mediation, arbitration and adjudication. And to support these through verified arms control and disarmament and by addressing issues of extreme inequality or injustice between nations.

PNND has joined with Mayors for Peace and other key networks to establish UNFOLD ZERO, a global platform to promote the role of the UN in achieving nuclear disarmament. Many of the initiatives of UNFOLD ZERO relate very much to the approaches outlined in the manifesto.

Would you please share your personal experience of joining the movement to get rid of nuclear weapons worldwide?

I was training to be a teacher in New Zealand when I first learned about the catastrophic impact of nuclear tests in the Pacific – our neighbourhood. These bombs were tens or hundreds of times more destructive than the bombs that destroyed Hiroshima and Nagasaki. The damage to the health of women, children and others arising from the nuclear tests in the Marshall Islands, French Polynesia, Christmas Island and Australia (Maralinga) shocked me – and demonstrated that if this is the effect of nuclear explosions detonated a long way from populations in peacetime, the effect of nuclear weapons in war would be unimaginable and unprecedented.

At the time my country was part of a nuclear alliance, as most people believed that nuclear weapons were necessary for deterrence. So I joined the campaign to educate our people about the weapons and convince the government to ban them. We now have the strongest nuclear abolition legislation in the world, supported by virtually everyone in the country, and we have launched a number of international initiatives. In 1992, I was asked to head to the UN in New York to lead one of these initiatives – a proposal to take the issue of nuclear weapons to the International Court of Justice. We won the case and this has helped build support for nuclear disarmament in the UN and around the world.