By Malika Orazgaliyeva in International on 8 December 2015

ASTANA – During its Dec. 7 plenary session, the United Nations General Assembly (GA) approved the Universal Declaration for the Achievement of a Nuclear-Weapons-Free World put forward by Kazakhstan and co-sponsored by 35 countries. 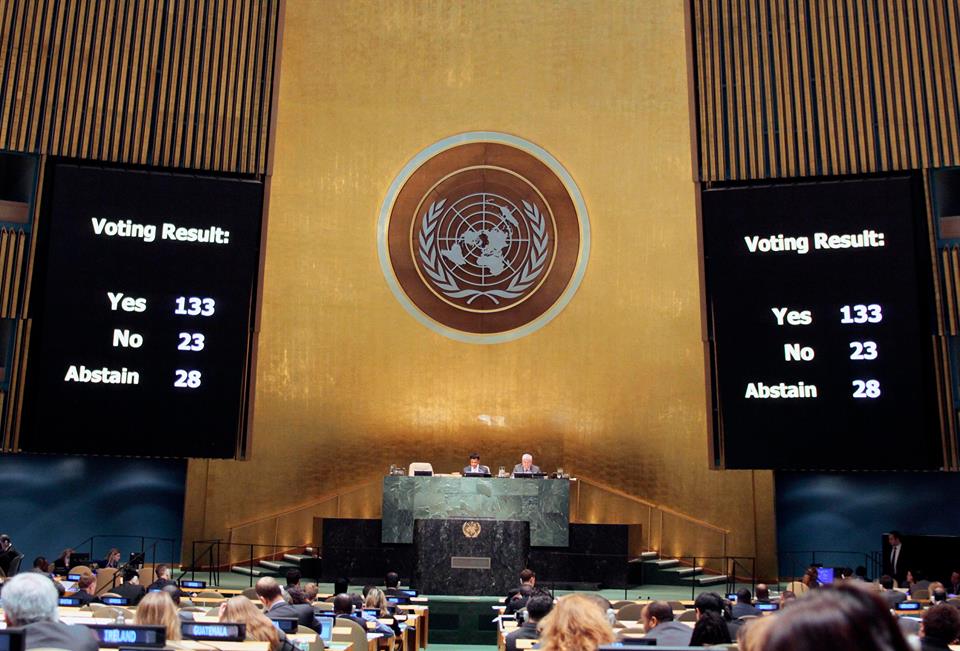 The idea was initiated by President of Kazakhstan Nursultan Nazarbayev at the first Nuclear Security Summit in Washington, D.C. in April 2010. Later, he reiterated his proposal on Sept. 28 at the general debate of the 70th sessionof the UNGA in New York.

“Kazakhstan was the first country to close a nuclear test site; it renounced the world’s fourth largest nuclear arsenal and has created a nuclear-weapons-free zone in Central Asia. There is an acute need to establish nuclear-weapons-free zones in other regions of the world, particularly the Middle East. The nuclear powers must provide guarantees of the non-use of force for all countries that renounce possession of nuclear weapons,” Nazarbayev said in his speech in September.

The declaration was co-authored by 35 states representing different continents and regional groups.

Announcing the news, the Kazakh Ministry of Foreign Affairs said it had worked hard from 2010 to 2015 with all interested parties to solidify the text of the declaration, which was finalised at the session of the UNGA First Committee held in October and November. 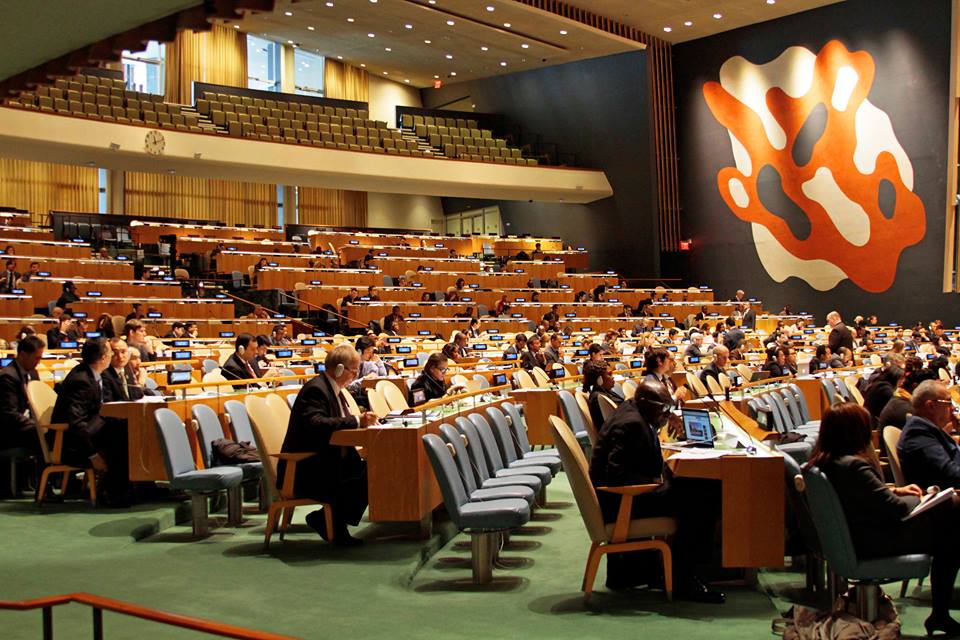 The document itself calls for a number of major points. First is the total elimination of nuclear weapons as the only absolute guarantee against their use or threat of use. Second is the adoption of a global multilateral and legally binding document that provides for the total elimination of nuclear weapons. The third point is the redirection of the investment of human and economic resources that now go toward the development, maintenance and modernisation of nuclear weapons into strengthening sustainable development, peace and security, as well as saving millions of people from poverty. Finally, it calls for compliance with the norms of international law, including international humanitarian law, because of the catastrophic humanitarian consequences from any use of nuclear weapons.

The adoption of the resolution by the UNGA demonstrates positive reception and support by the world community for Nazarbayev’s independent foreign policy, the foreign ministry said in its press release.

The endorsement of the Universal Declaration reaffirms the recognition of, and demonstrates support by the international community for, the vision of the Kazakhstan leader aimed at the achievement of a nuclear-weapon-free world by 2045, the ministry added.

Finally, the ministry said, it is another step in support of President Nazarbayev’s call in New York to build a global anti-nuclear weapons movement.