ASTANA – “Welcome to Almaty,” a three-minute, 27-second short film by Almaty-born Anton Alfimenko, 20, received a Best Travel Film nomination in April at the Global Short Film Awards festival in New York. The next month, it also picked up the BNU Film Awards in the Best Cinematography category. 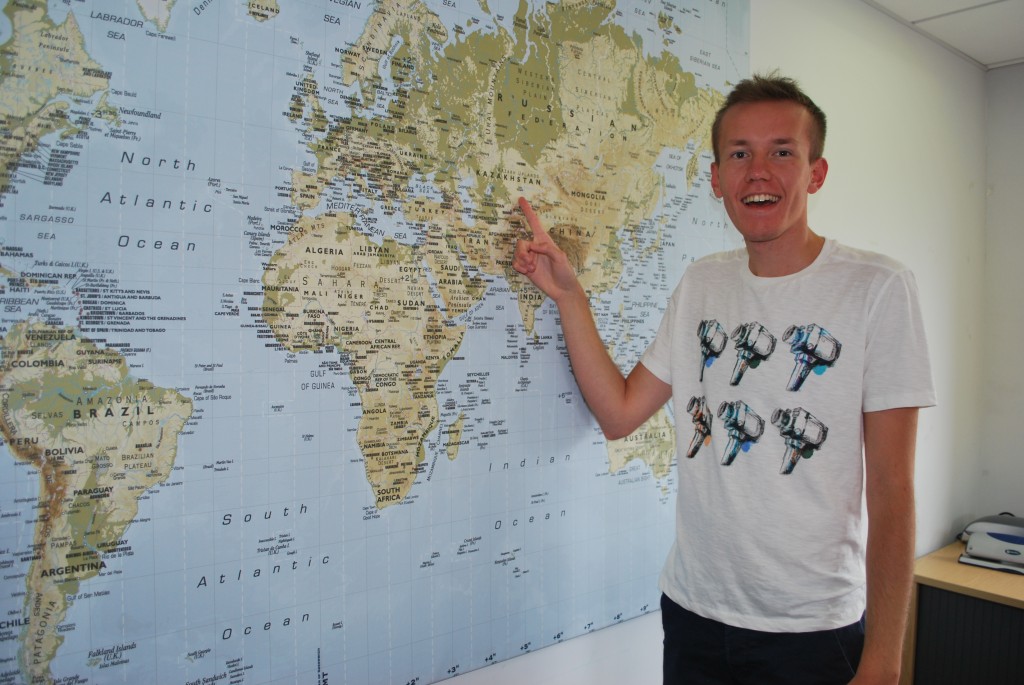 “The whole idea was that any questions or references I would get back from the people around me were related to the film one way or another, so instead of just getting mad at it, I just made something that I could show instead,” said Alfimenko, who received his BA (Hons) in Animation and Visual Effects at the High Wycombe campus of Buckinghamshire New University, in an interview with The Astana Times.

“I always wanted to make a video about my city, where I was born and raised. It’s a special place for me and the biggest push I got to make it was people asking questions about my city, about where I came from,” he said.

Although it has been a decade since the feature “Borat: Cultural Learnings of America for Make Benefit Glorious Nation of Kazakhstan” was released, on Nov. 6, 2006, Alfimenko admitted his classmates constantly asked questions about the title character. That inspired him to make the film.
“When I moved to the U.K. I found myself answering so many questions about Borat, because people knew little or nothing about Kazakhstan. The weirdest question was ‘do you have shops?’ That led me to film a little movie that would showcase the place I came from in the best way possible,” he said.

When asked what he would actually tell Sasha Baron Cohen, the comedian who starred as Borat, Alfimenko said the film really humoured him.

“I mean, I understand clearly why people back home don’t like that movie and stuff, but after studying in the U.K. for a few years and adjusting to the humour here, for me there is nothing wrong with it. There would be nothing I would want to say, because it’s clearly just making fun. I hadn’t seen it before I came to the U.K. and only saw it after a year here, and to be honest, for me it’s just a really funny film that I enjoyed watching. So if you’re that mad at someone for making fun of your country, do something about, don’t just talk,” he added.

“It’s the first film festival I’ve won, so it’s a great experience. It also came out of the blue, with the festival itself taking place in New York and the awards in Cannes. It’s all been a bit of a whirlwind. It’s special. To win it with something that I put so much soul and effort into is even better. Well, I just graduated from the university and am going into a full time job as a motion graphics artist. Though given that my goal is to make feature films, filmmaking is something I’ll concentrate all my free time on and just see what’s going to happen,” he said.

“We are extremely impressed with Anton’s commitment and talent,” said course leader Rob Penhaligon. “He has produced some of this year’s best work and almost certainly has a bright future in the industry. We are thrilled he has won this award.”