By Malika Orazgaliyeva in Business on 18 June 2016 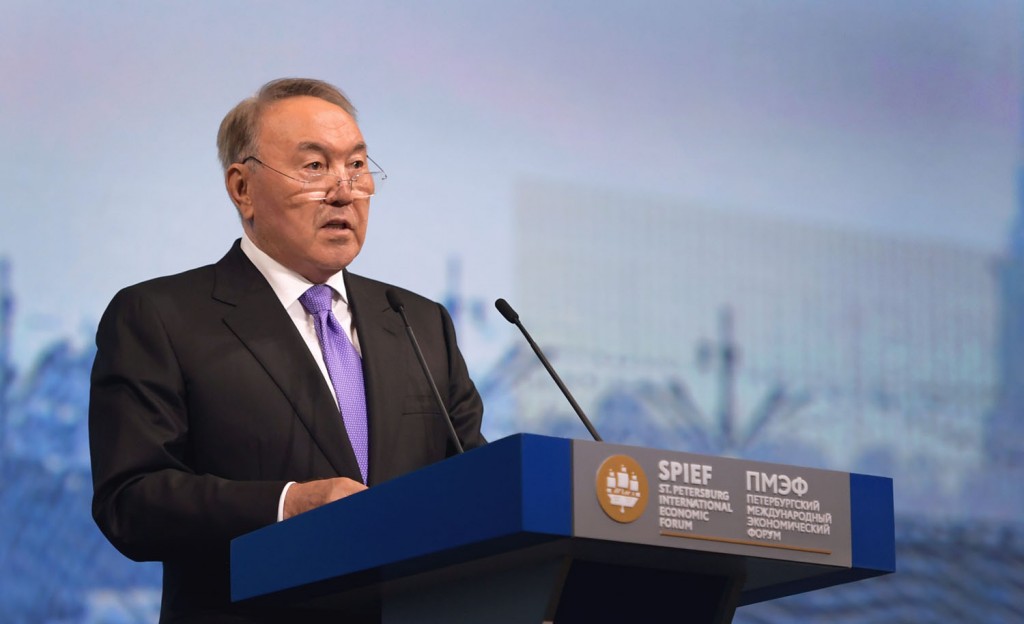 In his speech, Nazarbayev noted the world has lived in conditions of global crisis for several years, where people are experiencing a decrease in the quality of life, including the middle class in developed countries.

“The experts predict a record amount of capital outflow from developing markets up to $450 billion in 2016. At the same time, the inflow of capital in the developed economies does not guarantee their further growth. The fall of prices on raw materials significantly reduced the revenues of exporting countries. It, in turn, intensified the deflationary pressure in importing countries. The income of absolutely all mining companies is rapidly declining. All lose. The governments and central banks become less able to revive economic activity,” he said.

“Looking at the situation objectively, it can be understood that the global economy is not suffering from an excess of integration, but rather the lack of it,” he said. 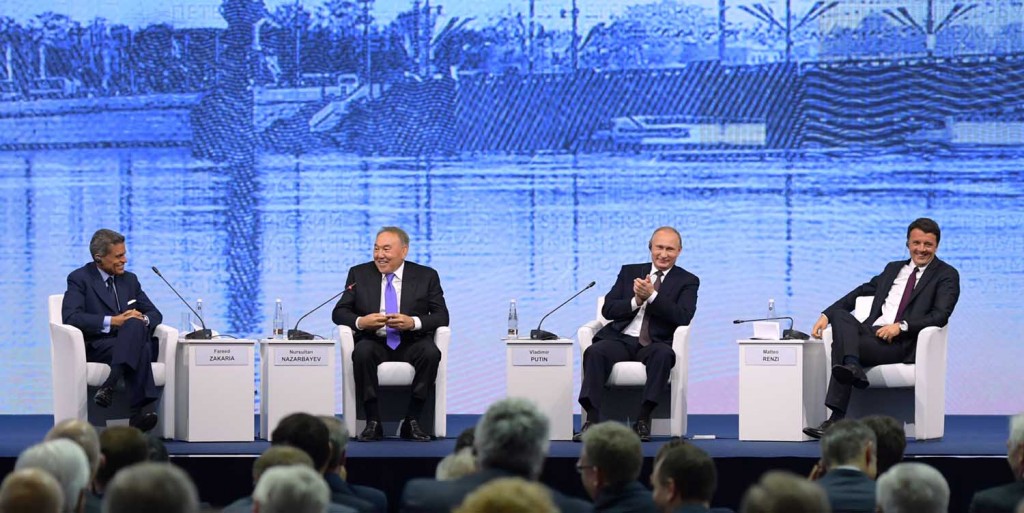 The President added a number of interstate integration bureaucratic frames have become a barrier to national economies. He suggested the Eurasian Economic Union (EAEU), as the youngest interstate association, must take this risk into account. Disintegration and economic isolationism will not solve internal problems, he stated.

“The collaboration of economic spaces of the European Union and the EAEU has great potential for a breakthrough in the development of the entire Greater Eurasia and the world as a whole. I was and remain a strong supporter of this process. I constantly raise this issue at my meetings with European partners. I hope that the participation of many heads of major European companies and President of the European Commission Jean-Claude Juncker in this forum will bring the beginning of a direct dialogue between the two unions,” he said.

Nazarbayev emphasised close cooperation between the EAEU and Association of Southeast Asian Nations (ASEAN) is another important direction. Speaking about Kazakhstan’s economic initiatives, he invited investors from Russia and other Commonwealth of Independent States (CIS) countries to participate in the Astana International Financial Centre. He noted it will help create favourable conditions for the sustainable socio-economic development of the entire region.

The President added the world is facing the problem of uncontrollable external migration amid the worsening economic and political situation.

“According to the estimates of various international institutions, the total number of migrants fleeing from poverty and conflicts ranges from 40 to 60 million people,” he said.

Nazarbayev used the opportunity to meet with United Nations Secretary General Ban Ki-moon. They discussed issues of cooperation and noted progress between Kazakhstan and the UN, as well as exchanged views on topical issues of the international agenda. Ban Ki-moon thanked the President for his personal contribution and support of the organisation.

Nazarbayev conferred with Putin on a wide range of issues, including key areas of cooperation and developing integration processes within the EAEU.

The Kazakh President also held talks with its Guinean President Alpha Conde. Nazarbayev noted the huge distance between the two nations is not an obstacle for close cooperation. The sides discussed prospects of bilateral relations in political, trade, economic, cultural and humanitarian spheres and a number of issues on the international agenda, including joint work within the Organisation of Islamic Cooperation (OIC).

“At the moment, the formation of the necessary legislative framework of the EAEU is fully completed. There is a free movement of goods, services, capital and labour. The most important thing is the free competitiveness of our producers in the union. The next step is formation of common markets of oil and gas, electricity, certain types of services and medicines,” he said.

The President indicated Kazakhstan is concentrating on moving the country to a new level of investment attractiveness and combating crises.

“In 2015, we expanded the list of visa-free regimes for investors from 35 countries. In 2017, we plan to increase it up to 54 countries. Currently, 10 special economic zones (SEZ) operate in Kazakhstan. They provide incentives in the form of exemption from the land tax, property tax and VAT (value-added tax) on goods consumed in the territory of the SEZ. Also, the rent of land is free of charge for up to 10 years,” he said.