Kazakhstan Takes One Bronze at World Championships in Athletics in China

ASTANA – Kazakhstan’s Olga Rypakova took the bronze medal in the triple jump at the World Championships in Athletics in Beijing on Aug. 24. 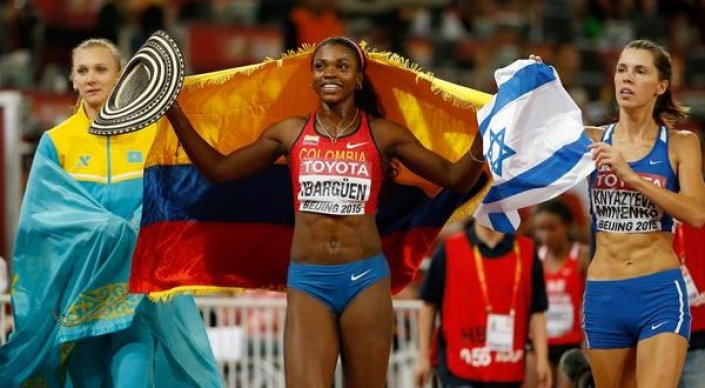 Olga Rypakova (L) celebrates her bronze in the Women’s Triple Jump at the World Athletics Championship in Beijing. Photo: Getty.

The championships ran from Aug. 22 until Aug. 30 and were attended by 1,933 athletes from 206 countries and included some 47 events. One hundred and forty-four medals were up for grabs, but only one, the bronze, was won among Kazakhstan’s 10 participating athletes.