By Michelle Witte in Business on 8 September 2015

ASTANA – Fuel prices are expected to rise in Kazakhstan following First Deputy Prime Minister Bakhytzhan Sagintayev’s announcement that the government would stop regulating the prices of AI-92 gasoline on Sept. 4. 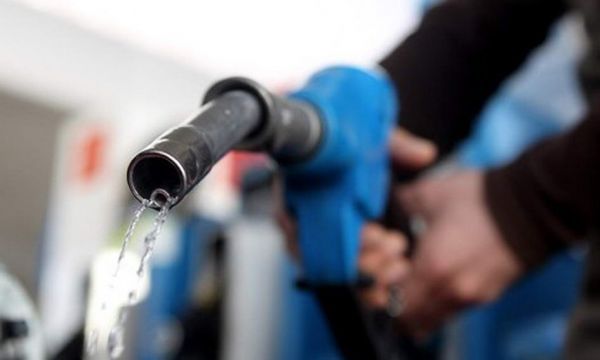 Kazakhstan switched to a free-floating exchange rate for its national currency, the tenge, on Aug. 20. The tenge has lost roughly 20 percent of its value since then, at the time of writing, and the Russian rouble has appreciated in value against it. Both were cited as reasons for the government to end its control of fuel prices.

“This decision was taken in connection with an increase of the Russian rouble exchange rate in Kazakhstan, which occurred as a result of passing to a floating exchange rate of tenge,” he said, as reported by the Trend news agency. “At present, we are still dependent on the Russian fuel market at about 30 percent,” he said. “Taking into account the rouble exchange rate growth from 2.5 to 3.6 tenge per 1 Russian rouble, there is a risk of deficiency because of increasing procurement prices. In order to avoid such a situation, it was decided to end state regulation of prices for AI-92 gasoline.”

Despite ending price controls, Sagintayev said fuel prices will be monitored in order to prevent “unjustified” overvaluations, and that those who try to squeeze exceptional profits from the situation will be punished. It is unclear what mechanisms will be used to achieve this. He said the government will take “necessary measures” to prevent fuel deficits and unreasonably high prices, Trend reported.

Prices and price regulations for AI-80 and diesel fuel will remain the same, Sagintayev said. “We produce enough of AI-80 petrol and diesel fuel. So we do not have any issues here. The AI-80 petrol costs 89 tenge [US$0.37] while diesel fuel costs 99 tenge [US$0.41]. The price regulations remain the same in full force.”
Minister of Energy Vladimir Shkolnik said a price increase was to be expected – to perhaps 150 tenge (US$0.62) per litre of AI-92.

Shkolnik said markets for other types of petrol were stable. “At the moment, we have a deficit of 1 million tonnes. We produce two million tonnes of A-92 petrol at three plants. One million, we import. Today the situation is that the price for oil we pay in Belarus and Russia or other countries is higher than the price limit established by the government. So we are facing a dilemma: we either have AI-92 petrol in abundance or we face a deficit, leading to commotion in the market,” he said, per Tengrinews.

On a working trip in Akmola Oblast on Sept. 7, President of Kazakhstan Nursultan Nazarbayev addressed the issue.

“Thirty percent of [the most commonly used petrol] is imported from Russia. If the government hadn’t decided to stop regulating prices for these types of petrol, we would have faced shortages of petrol in a month’s time,” he said, as quoted by a Tengrinews report the same day. “These are simply economics laws: we have to keep prices equal to those of Russia, as we have no customs barriers and the movement of goods across the border is free.”

Tengrinews noted price fluctuations at gas stations in Astana and Almaty, with prices for AI-92 reaching 130 tenge per litre and for AI-95, 150 tenge per litre and increases observed at KazMunayGas, Sinoil, Helios, Gasprom and Total petrol stations. All were later reduced again.

The government has announced fines for price fixing and unfair business practices. Serik Zhumangarin of the Committee of Regulation of Natural Monopolies and Protection of Business Competition has said the “groundless” increase of prices for AI-95 petrol will be punishable by fines. “Considering the opportunity given to entrepreneurs to establish the price for AI-92/93, regional departments of the anti-monopoly agency must strictly observe adherence to anti-monopoly laws,” Zhumangarin said, per Tengrinews. Prices must correspond to the expenses retailers face, he said. The committee has been tasked with identifying reasons for any price increases.

Since price regulation ended, KazMunayGas has set prices for AI-92 at 125 tenge (US$.052) per litre, Aki Press reports.