By Malika Orazgaliyeva in International on 14 September 2015

ASTANA – Kazakhstan celebrated the 550th anniversary of the formation of the Kazakh Khanate on Sept. 11 with a number of events throughout the capital. President Nursultan Nazarbayev congratulated all the country’s citizens on the day during a solemn meeting held in the city’s Palace of Independence. 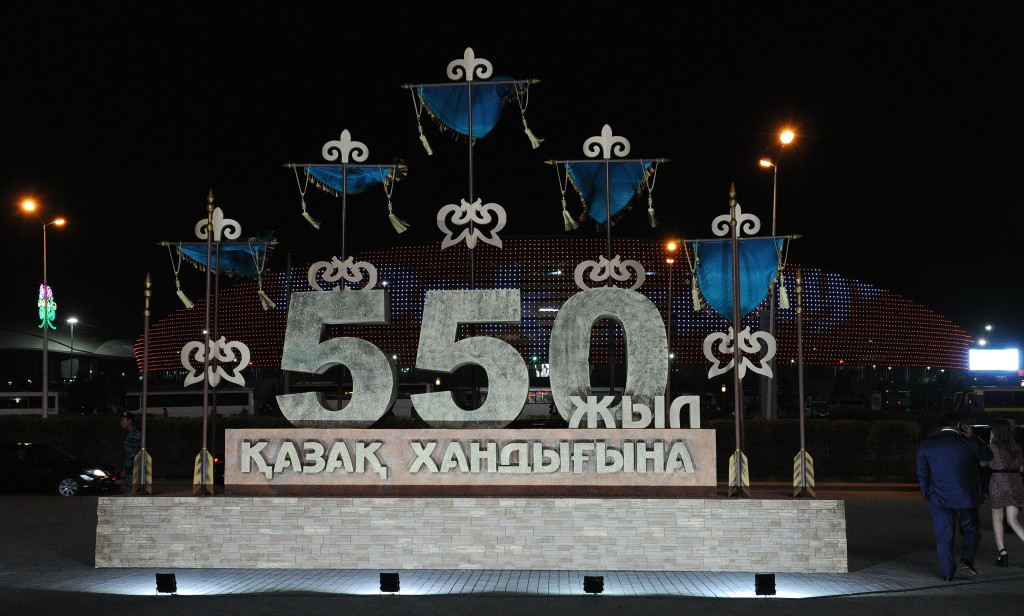 The event was attended by the Presidents of Azerbaijan Ilham Aliyev and Kyrgyzstan Almazbek Atambayev, Speaker of the Turkish Grand National Assembly Ismet Yilmaz and Turkmenistan Deputy Prime Minister Sapardurdy Toylyev, as well as deputies of the Kazakh Parliament and representatives of the country’s intelligentsia, sports, culture and arts fields.

Addressing the participants, Nazarbayev said the celebration was a tribute to the glorious past of the nation and reminder of the history lessons for today’s generation. He emphasised that the generation raised in independent Kazakhstan had lifted the prestige of the country to unprecedented heights by realising the centuries-old dream of its ancestors.

The head of state stressed that Kazakhstan will always cherish and preserve the friendship and trust with its neighbours and build good relations with all countries in the world.

“We should remember that we share a centuries-long historic path with Russia, especially the Russian people. Over the years of independence, we have also written new pages of history together with the European Union and American and Muslim countries. Important international events hosted in our country are now reflected on the pages of the newest history,” he said. 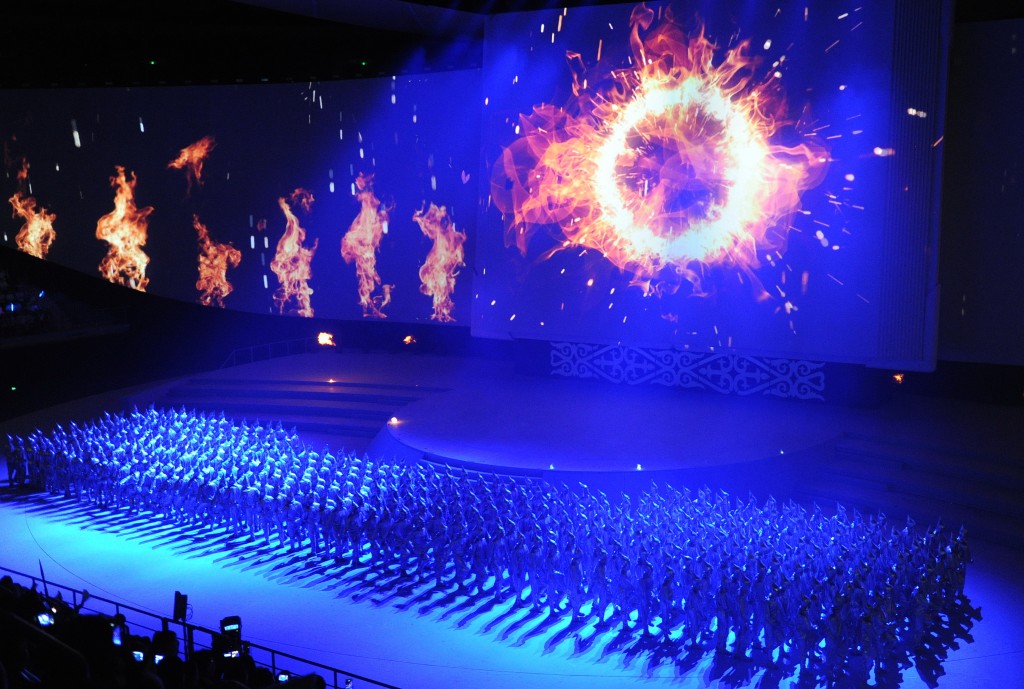 Nazarbayev said a monument dedicated to the Kazakh Khanate anniversary will be opened in a month in ancient Taraz, a city which has more than 2,000 years of history located in an area where events related to the formation of the Khanate 550 years ago took place.

After the meeting, the Akorda presidential residence held the fifth summit of the Cooperation Council of Turkic-Speaking States (CCTS), reported the President’s press service.

The meeting was devoted to the theme of development of cooperation in the sphere of information. Speeches were given by Nazarbayev, Aliyev, Atambayev, Yilmaz and Toylyev, as well as CCTS Secretary General Ramil Hasanov.

In his speech, Nazarbayev said the CCTS fifth summit is an important step towards the integration of the Turkic world. He put forward a number of proposals for the member states. 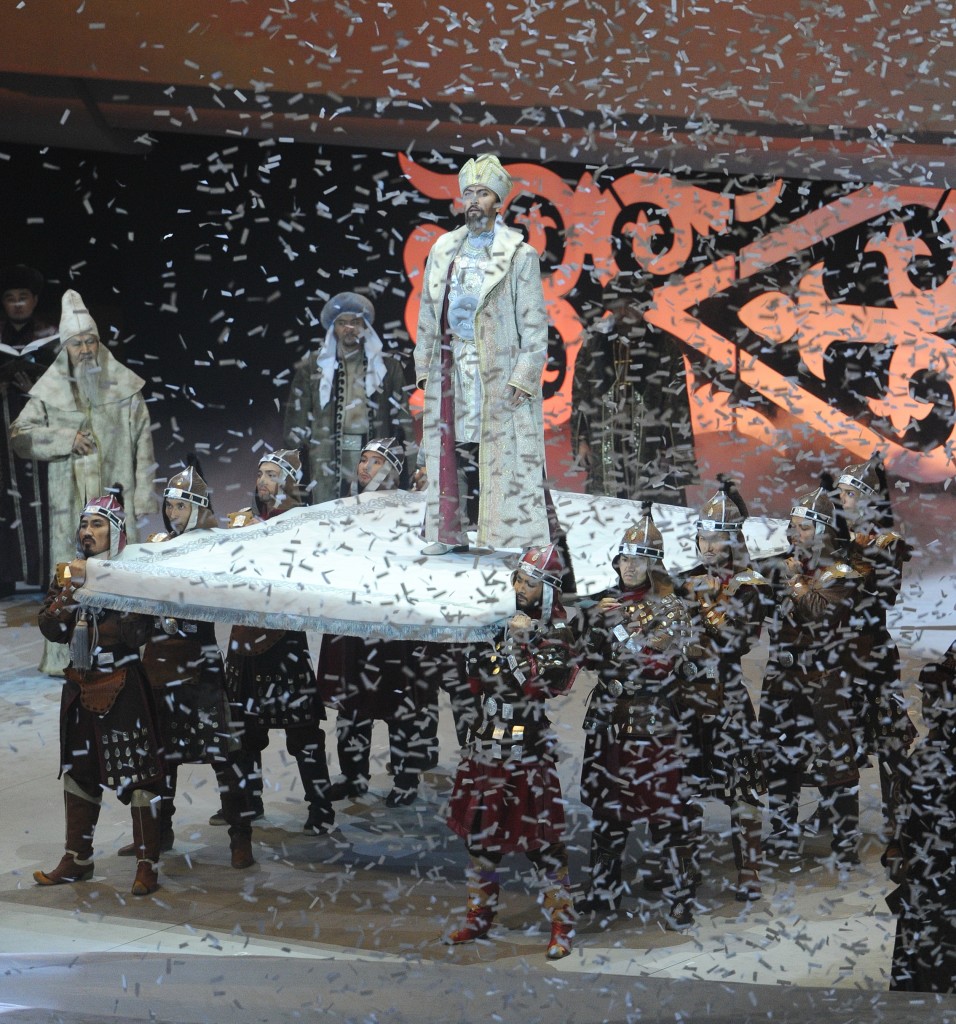 The Kazakh President suggested accelerating the adoption of the concept of Turkic world integration prepared by the Turkic Academy. He also drew attention to the importance of joint efforts in the fight against terrorist, extremist and separatist threats.

“We are interested in the soonest establishment of peace and stability in Syria, Libya and Iraq. We stand for the settlement of the situation between Palestine and Israel. We support solely peaceful rehabilitation of Afghanistan,” he said.

Regarding the development of cooperation in trade and economic spheres, Nazarbayev noted each of the CCTS member states has the chance to become a transcontinental transit bridge connecting the economic and communication networks of China, Russia, Europe, the Middle East, the Caucasus and Central Asia.He also suggested creating a common Turkic integration fund with the support of business communities and sponsors from the member states.

Following the event, the parties signed the fifth summit declaration as well as decrees on the appointment of the Turkic Council Deputy Secretary General and President of the Turkish Fund of Culture and Heritage.

The participants announced that the sixth CCTS summit will be held in 2016 in Cholpon-Ata, Kyrgyzstan, with the theme of national sports.

The council was established in 2009 as an international intergovernmental organisation with the overarching aim of promoting comprehensive cooperation among Turkic-speaking states. Its founding member states were Azerbaijan, Kazakhstan, Kyrgyzstan and Turkey. 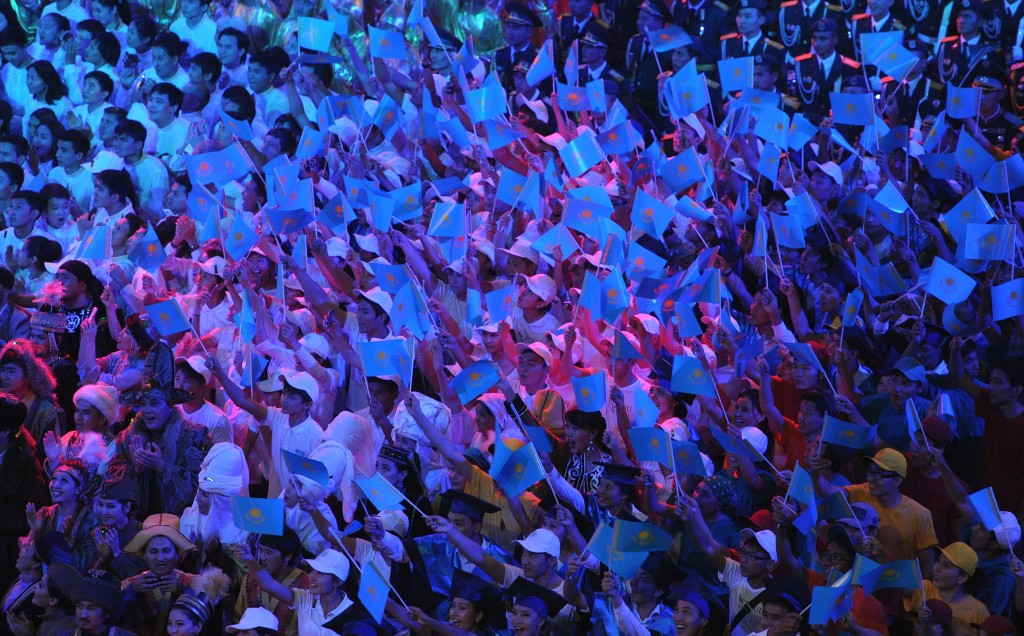 The conference was intended to scientifically reveal the role and significance of the Kazakh Khanate in the history of the nation’s people and its statehood. The participants considered the issues of preserving Kazakh moral ideals for future generations in the framework of Mangilik El national idea and other important topics.

The day was capped with a large-scale theatrical show in Barys Ice Palace,the city’s newly-built sports centre. The event was attended by the CCTS summit participants and thousands of guests. During the performance, the audience was shown the most significant events which occurred during the last 3,000 years on the territory of modern Kazakhstan. One of the brightest parts of the ceremony was the 300-year period of the Kazakh Khanate development and its culmination, the establishment of an independent Kazakhstan.