Tourism is one of the fastest-growing sectors of the world economy. According to the World Tourism Organisation (UNWTO) and the International Monetary Fund (IMF), tourism generates an estimated $3.5 trillion per year, which is equivalent to 10.9 percent of the global gross domestic product (GDP) and 7 percent of global investment. 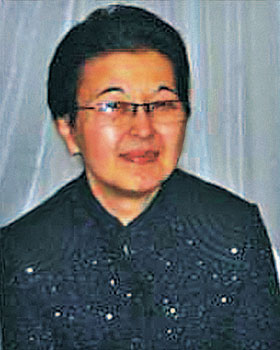 In the Travel and Tourism Competitiveness Index 2013 published by the World Economic Forum (WEF), Switzerland held on to first place. Germany, Austria, Spain, the UK, the US, France, Canada, Sweden and Singapore followed, making up 2013’s top 10. Kazakhstan is 88th, having shifted five positions between 2011 and 2013. The country has improved in indicators characterising its state of environment, its development of tourism and its system of communications.

The tourism competitiveness rating takes into account such criteria as local legislation, the level of environmental protection, safety, healthcare and hygiene, all kinds of air and ground transport services, the infrastructure of the tourism industry and its prices as well as human resources and culture.

Kazakhstan, having significant potential for the development of this important industry, began to develop its tourist sector relatively recently. But the country has a lot of potential attractions. It has unique natural reserves, more than 9,000 archaeological and historical sites and hundreds of health resorts. Experts draw particular attention to the northern part of the Silk Road, which passes through southern and western Kazakhstan. Centuries ago, the cities of Otyrar, Sairam, Syganak, Sauran and Turkestan were centres of trade. Historians point to such historical places as the mausoleum of Khoja Ahmed Yassawi, dating to the 15th and 16th centuries, the sites of Aisha-Bibi and Babaji Khatun (10th to 12th centuries), the mausoleums of Karahan and Daudbek and other sacred places as new destinations for tourists.

Other regions of Kazakhstan are also rich in cultural monuments, particularly the Burabay resort and the well-known Zerenda, Sandyktau and Yereimentau parks as well as the Korgalzhin reserve in the Akmola region. There are three national parks in that region: Burabay, Kokshetau and Buiratau.

Many experts acknowledge a lack of competition in the domestic tourism sphere, undeveloped tourism infrastructure, gaps in legislation and a lack of attention given the tourism industry by local executive bodies, as well as a number of other problems.

Now, three main projects are being developed for a cluster programme: the Irtysh river, Bukhtarma reservoir and Lake Zaysan; Katon Karagai and Lake Markakol and the Ridder-Anatau-Ivanovskiye mountains. There are plans to create two additional clusters: Lake Alakol and Semey and a tour of Sary-Arka. Each grouping requires special attention.

In Aktau (Mangistau region), specialists began to discuss a project to build an international resort in 2009-2010. However, only in April 2013 did the Ministry of Industry and New Technologies present a plan for the resort as well as a tourism development programme for the country through 2020. A number of tourist facilities are included in the west Kazakhstan Caspian coast cluster located about 200 kilometres from the regional centre. It is planned to erect 4,000 villas and 23 modern hotels. Among the measures proposed are the formation of special tourist areas on the shores of the Caspian Sea, the elimination of barriers to migration and visa control and other measures.

The South Kazakhstan region has also started to develop its tourism industry. There are many historical monuments on its territory, including the mausoleums of Khoja Ahmed Yassawi and Arystan-baba, the city of Otyrar, the site of Domalak and the nearby sacred springs. However, they are rarely visited, partly because of a lack of good roads.

The authorities of the industry are accelerating the creation of tourism management in the South Kazakhstan region. It is assumed that the main attractions of the tourist cluster will be four districts: Tolebi, with its ski trails; Sairam, with its potential for ethnic tourism; Turkestan, the spiritual capital of Kazakhstan and Saryagash, with its mineral water and health resorts.

The share of domestic tourism of GDP in 2012 was 0.3 percent. Although the rate of tourist activity has grown in recent years, as have employment rates, the industry in Kazakhstan is far behind many developing countries. In the near future, the country should make efforts to significantly accelerate its tourism growth to improve its position in the world rankings.

According to the Kazakhstan Statistic Agency, in 2010-2011 the share of domestic tourism in the structure of tourist activity fell from 35.4 to 32.2 percent in overall tourist services and outbound tourism increased from 56.4 to 62.1 percent.

Many analysts believe that the growing volume of outbound tourism contributes to the formation of a negative tourism balance of more than US$ 422 million. As a result, the country remains a tourism donor to such countries as Turkey, China, the United Arab Emirates and Thailand. These states are rapidly developing their tourism industries and creating new jobs.

According to experts, Kazakhstan is not attractive enough to foreign tourists because of its lack of appropriate services and infrastructure. It cannot compete with foreign firms in any kind of tourist service.

To overcome these shortcomings, in particular the dearth of information about our country, we need to ensure Kazakhstan’s presence at numerous international exhibitions and issue timely materials and distribute booklets and guide books through Kazakhstan’s embassies in other countries. There is also significant potential for the development of tourism in Kazakhstan associated with the upcoming EXPO 2017. According to specialists of the tourism department, the main task is to attract a lot of visitors to the country. This event requires large investments, including the construction of hotel facilities that will create at least 1,000 jobs.

It should be noted that business, horse and wildlife tourism has been actively developed in recent years in south Kazakhstan, especially in the Tien Shan and and Zayili Alatau mountains, but there are also obstacles such as high prices and low levels of service, including limited flights within the country. Other types of tourism are practically nonexistent in the country.

To reverse this trend in the tourism industry, it is planned to develop various options for projects aimed at comprehensively developing domestic tourism and significantly boosting service levels.

The government of Kazakhstan discussed the development of the tourism industry to 2020 in March of this year. The leadership of the Kazakhstan Industry Development Institute proposed investing about $10 billion in the industry, of which 55 percent or about $6 billion would be private investment. About 13 percent of public investments are to be placed on a return basis through the National Commission for Tourism Development. It is expected that by 2020, the contribution of this sector to the GDP will increase from $2.4 billion to $7 billion. Employment in this area will grow to 270,000 people.

The Ministry of Foreign Affairs is developing a programme to facilitate visa-free regimes. By 2014, it is planned to cancel visa requirements for the citizens of 48 countries, including 34 OECD countries and 14 states that do not present a threat to any area.

The author is a professor and doctor of economic sciences