LEDYARD, Connecticut, USA, June — Gennady “GGG” Golovkin, with an excruciating left into Macklin’s lower body, knocked him out in third to defend his middle weight WBA title. Golovkin continues his 14 KOs hot streak and kept his record sheet clean at 27-0. 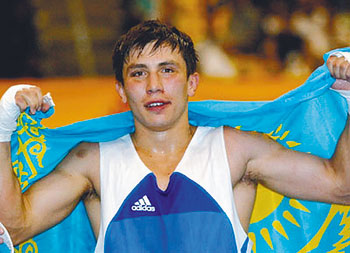 Gennady “GGG” Golovkin knocked out his rival, Matthew Macklin, with a clean left hook to retain his title as one of the toughest middleweight champions of modern days.

Mathew Macklin of the UK had certainly expected to dominate the ring, with a slightly larger torso and longer arms. Although Golovkin of Kazakhstan had swept more odds, many believed that Golovkin had finally found a “serious” opponent for himself and had hoped to see an even match up or at least an exciting punch exchange instead of the usual punching done from Golovkin’s corner.

Macklin gave Golovkin an intimidating look right before the bout and started with a lot of confidence, trying to keep the center to his advantage but he managed to keep it for only about 40 seconds. It took this long for Golovkin to figure out his “fiercest” opponent as some critics describe, and to take full control of the ring, where Macklin found himself at point of no return with almost a knock out at the end of the first round. This time he was saved by the bell.

The second round was completely dominated by Golovkin, with the stands shouting out “GENA, GENA” – short for Gennady in Russian – to support the sheer favorite of the night. Golovkin’s jabs were laser beam sharp and hard. Macklin showed real character by taking one hit after another that peppered him in the second round while GGG hardly used his legs, as he was too preoccupied looking for that one shot that would end the terrible situation Macklin had found himself in.

On the second break Macklin had his left brow cut and couldn’t catch his breath and the match was preordained at that point. Golovkin on the other hand didn’t take his eyes off of his opponent waiting for the third and last round of the night.

If one could imagine a win it wouldn’t be this great for Golovkin and so painful for Macklin who continued taking powerful hits in the third until he couldn’t sustain GGG any longer and in the middle of the third round after an excruciating left into Macklin’s liver it was all over. Macklin was unable to get back up on his feet for another four to five minutes lying in pain waiting for medics…

“I feel great, wonderful after the bout, I am glad that everything worked out, I am happy for everybody, for our team, our country for all of us,” Golovkin said in an exclusive interview to the Astana Times. “I would like to dedicate this victory to the upcoming birthday of our President and the Astana Day. For all the Kazakhs it has been a big day, I put all my efforts to making this gift for the whole country,” he said.

Born to a Russian father and a Korean mother he is a true “Kazakh” he had said and is proud of it. Gennady Golovkin dedicates all his wins “to his country and to his people” and today he has nailed a huge one, not only for his people and his country, but for his career. The name Golovkin and the abbreviation GGG will now scare opponents in mid-weight professional boxing for quite some time yet more than before.

“I thought he’d win, but not this quickly and not so dominantly,” said Alex Carpanini, from the UK, in the “Expats in Kazakhstan” Facebook group. “Before tonight the caliber of opposition he had fought was not the highest, though that wasn’t his fault – because he’s a feared man. He’s really made a name for himself tonight. Can’t wait to see who his next opponent will be,” Alex wrote.

There has been a lot of speculations about Golovkin’s picks for opponents in the past, since all his fights had gone though a similar scenario — “flat-out — grounded with no chance of getting back”, it seemed that his opponents were a class lower. By beating Macklin today GGG silenced all those petty talks and stated: “I want to fight again very soon, I want to fight any belt-holder, any champion, and any top fighter, anywhere.”

“To say that was an impressive performance from GGG… would be an understatement,” commented one of the eye-witnesses from Connecticut, “Macklin, who has fought Sergio Martinez and Felix Sturm, said in the ring that he [Golovkin] was the toughest guy he’s ever fought.”

Raushan Yesbulatova contributed to writing this story from Connecticut.