ASTANA – Kazakhstan and Germany are entering their third decade of mutually beneficial partnership after having celebrated in 2012 the 20th anniversary of their bilateral diplomatic relations. 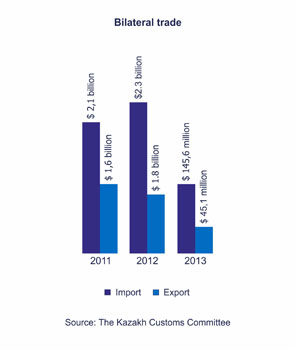 Diplomatic ties were established on Feb. 11, 1992, only four weeks after Kazakhstan declared its independence on Dec. 16, 1991. The German Embassy in Almaty was opened in December 1992 and the Embassy of Kazakhstan was opened in Bonn in September 1993. It moved to the new capital Berlin in 1999.

Kazakhstan and Germany quickly reached a high level of understanding and continue to share common views on key international problems.

High-level contacts have given an important impetus to intensification of bilateral cooperation.

On Feb. 7-8, 2012, during President Nazarbayev’s most recent state visit to Germany, 50 commercial contracts and major new intergovernmental agreements were signed. Nazarbayev held talks with President Christian Wulff and Chancellor Merkel and participated in the opening of the Berlin Eurasian Club (BEC) of officials, scholars and experts to build closer ties between the European Union and the Eurasian Economic Community. 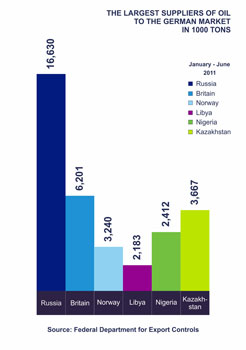 On July 18, 2010, Chancellor Merkel visited Kazakhstan and approved the signing of 2 billion euros ($2.56 billion) on government and business agreements. She returned on Dec. 1-2, 2010 to participate in the Organisation for Security and Cooperation in Europe’s 56-nation summit in Astana.

On Oct. 24-25, 2012, Prime Minister Serik Akhmetov visited Berlin to attend the ceremony of the 60th anniversary of the Eastern Committee of the German Economy (ECGE). Akhmetov held talks with Chancellor Merkel, Vice Chancellor and Economics Minister Philipp Rösler and the heads of leading German companies.

In July 2010, German Vice-Chancellor and Foreign Minister Guido Westerwelle participated in a meeting of OSCE foreign ministers in Almaty and on Aug. 29, 2012 he attended the nuclear disarmament conference hosted by Kazakhstan in Astana.

In May 2011, Deputy Prime Minister and Minister of Industry and New Technologies (MINT) Asset Issekeshev visited Germany where he oversaw the signing of 11 agreements worth 1.5 billion euros ($1.92 billion).

Business ties between the two countries are fostered by the Intergovernmental Working Group for Trade and Economic Cooperation and the Kazakh-German Business Council. 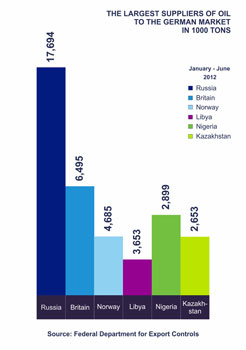 In February 2012, Nazarbayev and Merkel signed an agreement on cooperation in energy and resources, industry and technology

Germany is one of the main trading partners of Kazakhstan in the European Union. The Kazakh Customs Committee said bilateral trade exceeded $4.1 billion in 2012, including $1.8 billion in exports from Kazakhstan and $2.3 billion in imports from Germany, a 10.8 percent increase on 2011.

In January 2013, bilateral trade reached $190.6 million, including $45.1 million in exports from Kazakhstan and $145.6 million in imports from Germany.

Germany’s leading exports to Kazakhstan are machinery, electrical appliances and cars. Kazakhstan’s main exports to Germany are ferroalloys (52.1 percent), petroleum gases and other gaseous hydrocarbons (18.3 percent) and silver (7.8 percent). In 2011, Kazakhstan became the third largest supplier of oil to the German market after Russia and Britain.

Kazakhstan Economy Days are held on a regular basis in Germany’s largest industrial and financial centres of Germany and German Economic Days have been celebrated in Almaty. The two countries continue to develop new business partnerships at every level.