In our rapidly changing world, old institutions often survive but are regularly supplemented with newer, larger groups that keep pace with progress. That’s certainly the case with the G-8 and G-20 meetings, which have an important place in diplomacy but also have limitations. As the world develops, dynamic nations clamor to have their voices heard. 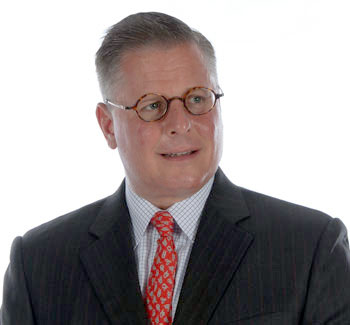 One of those rising-star nations, Kazakhstan, has an idea for diplomatic expansion that has merit. Kazakh President Nursultan Nazarbayev has publicly criticized the G-20 and G-8 as too inefficient to deal with global financial problems and has suggested creating a new format for communication called G-Global. The idea is to significantly widen the number of participants in diplomatic meetings in order to help forestall global financial meltdowns of the kind we’ve seen too often.

Nazarbayev has said he wants to “radically widen the number of participants in seeking anti-crisis solutions for the world.” He has proposed including not just governments but also individual politicians, public figures, experts and scholars. G-Global, at least as Nazarbayev conceives it, would be a new communications platform – based in cyberspace – that would accommodate a wide-ranging, public debate.

I’m not sure that such a platform is entirely practical for the purpose of forming an international consensus. But the notion of broadening the number of key people involved in world financial decisions at a policy level is an excellent idea. It deserves to be further discussed.

Nazarbayev has recommended five principles that should guide G-Global. They are overly general but make a great deal of sense.

The first principle is a call for evolution, not revolution. The four others can be simplified into justice, trust, transparency and multilateralism. It’s hard to argue with any of them.

On a less grand and more practical level, Nazarbayev has warned diplomats that the world is threatened by currency wars and that the monetary system is in danger of collapse unless the G-20 reaches a compromise in the near future. He even introduced the intriguing idea of a single world currency. Experts concluded that the first stage of moving in that direction might be to create a basket of stable currencies including the dollar, the euro, the yuan and the ruble.

Not many people have the courage to make such visionary suggestions and few thinkers on world finance would endorse such a shocking change. I, for one, reject the idea of a global financial regulator. But new ideas especially from rising economies like Kazakhstan need to be listened to and evaluated on a regular basis. What is shocking now might one day be the pathway to prosperity.

Nazarbayev has made a notable start. He is correct when he said: “No one has yet been able to offer a global anti-crisis plan that everyone would accept. . . . I propose expanding the number of countries participating in the search for anti-crisis solutions for the world.”

Indeed, wide engagement is a good thing in international affairs, particularly as more and more countries have outbound investment flows. Many more governments are now “players,” though the West and the G-20, among others, are still in some denial about that fact.

Emerging economies are beginning to lead instead of merely taking cues from the U.S. and Europe. Indeed, it would be unwise to rely on the “old model” of sharing only the best practices from the West. The world’s economic leaders need to look to the pro-growth models that are working so well in Asia, Eastern Europe and Africa to stabilize the global economy and return it to a pro-growth trajectory.

The author is president of the International Tax and Investment Center, a Washington-based non-governmental organization that has been working on tax and investment reform in “new frontier markets” since 1993.

This opinion was first published in The Hill’s Congress Blog and is reprinted here with the permission of the author.