ASTANA – Two weeks into 2023, Kazakhstan prepares for Senate elections, the upper chamber of the Kazakh Parliament, on Jan. 14, which will have 55 candidates competing for 20 seats in the Senate. 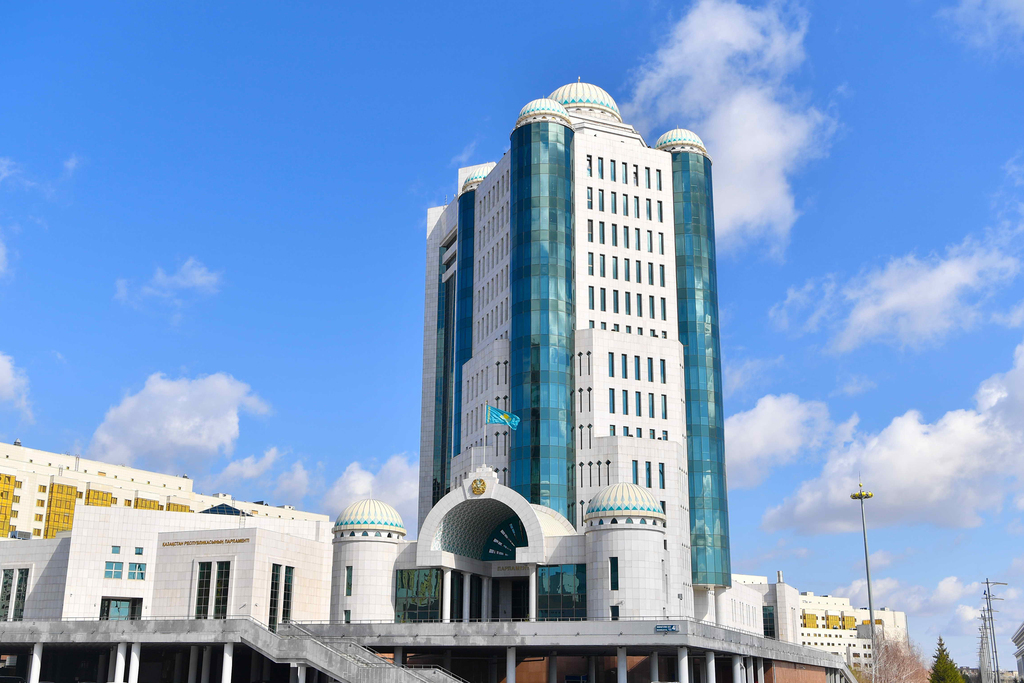 The registration of candidates wrapped up at 6 p.m. on Dec. 24. Out of 130 nominated candidates, fifty-five candidates, including 18 women and 37 men, will appear on the ballot.

At least 75 candidates did not pass the registration stage or withdrew their candidacy at that stage.

President Kassym-Jomart Tokayev announced the date of the Senate election during his inauguration ceremony on Nov. 26, saying that the election is part of a broader program of political renewal of the country’s system of government.

What is the composition of the Senate?

Based on Kazakh election law, among the 50 deputies in the Senate, 40 are elected through indirect suffrage by electors, whereas 10 senators are appointed by the President to ensure the society’s diverse national and cultural structure. Five of them are to be proposed by the Assembly of People of Kazakhstan, an advisory body chaired by the President and aimed at representing the various ethnic groups that make up Kazakhstan.

Before the constitutional amendments in 2022, the President had the right to appoint 15 deputies to the Senate. 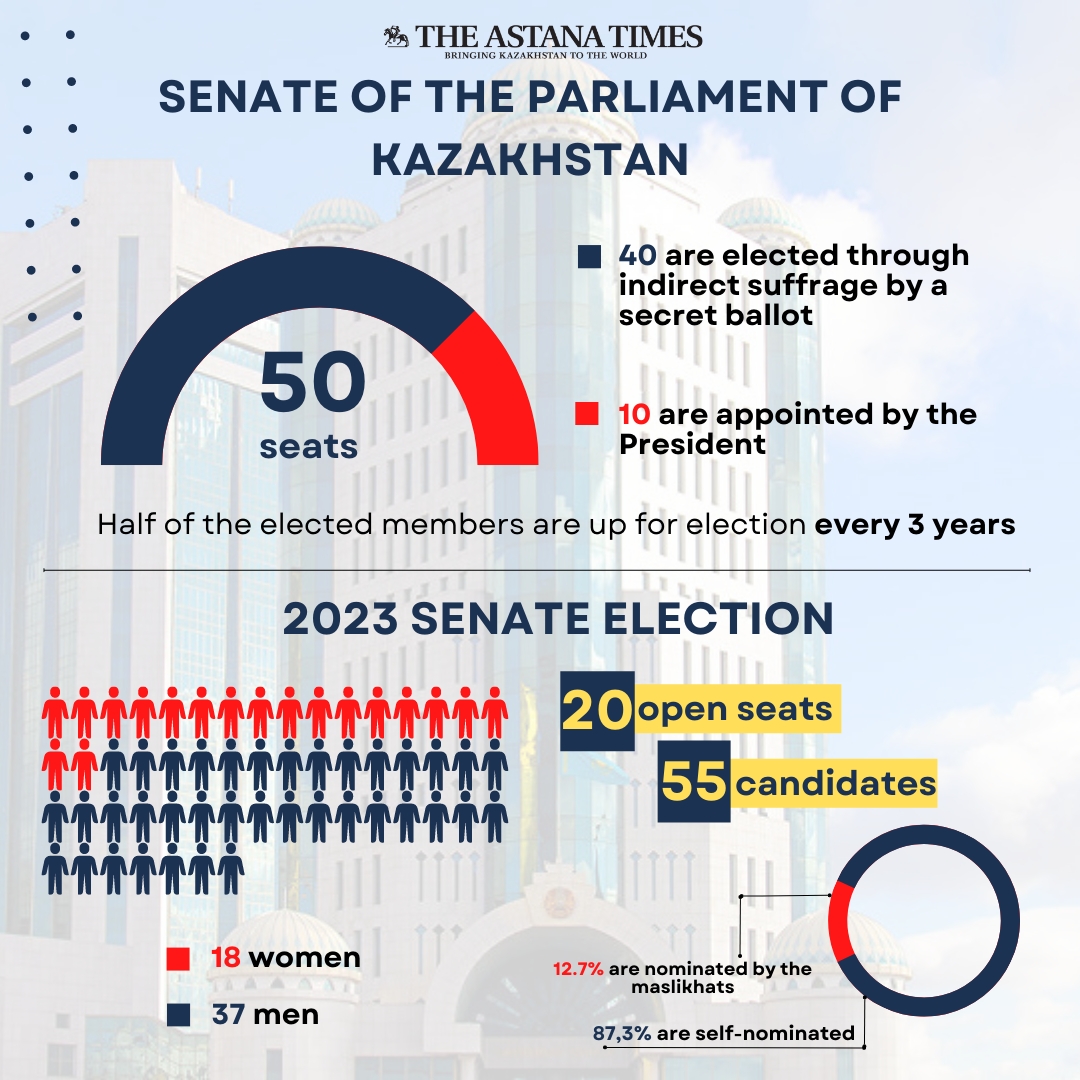 Who can be a deputy of the Senate?

The requirements for candidates are stipulated by the Constitution of Kazakhstan and the law on elections.

Candidates for the Senate must be citizens of Kazakhstan, permanently residing in the country for at least the last 10 years, be at least 30 years old, possess a higher education and at least five years of work experience, and live in the region out of which he or she is running for at least three years.

How are candidates nominated?

Candidates can be nominated in two ways. One is through sessions at maslikhats in regions, districts, and cities of national significance, where political parties and other public associations propose candidates through representatives of the maslikhats. Several maslikhats may nominate one candidate.

What does the upcoming election determine?

This election will determine who is going to take 20 open seats as some of the deputies’ terms come to an end.

The election will be held at joint meetings of electors, which will deem them valid if attended by more than 50 percent of the number of elected deputies representing all levels of the maslikhats. According to the Central Election Commission, there are 3,168 electors.

The results of the election are to be announced by Jan. 20, marking a milestone in the electoral cycle in the country that started with a presidential election on Nov. 20 and will culminate in elections to the Mazhilis, a lower chamber of the Parliament, and the maslikhats, expected to be held in the first half of 2023.