ASTANA – Newly re-elected President Kassym-Jomart Tokayev announced the date of the Senate, the upper house of the Kazakh Parliament, election for Jan. 14, 2023, and approved the rural development plan for the next five years, following the inauguration ceremony on Nov. 26. 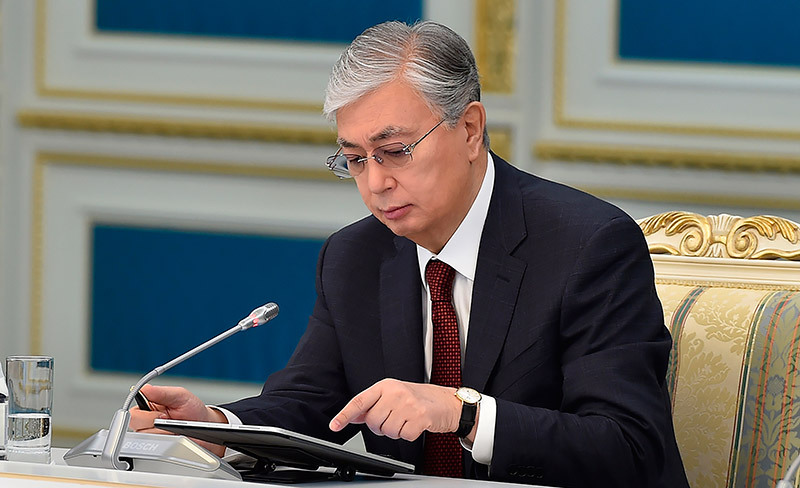 “Now is not the time to celebrate the election victory, but to work hard. Thus, we need to get started immediately,” said the President at the inauguration ceremony.

“We will build a just state, a just economy, and a just society. These principles are specifically provided in my election program. I put great importance on each word and each sentence of the program. My program is the result of long deliberation and search. It is no exaggeration to say that it has gone through my heart,” said Tokayev.

He pledged to personally oversee the precise execution of his electoral program.

The presidential election launched a process of consistent reset of all major institutions of power, according to Tokayev. “It [the election] was the first stage of a large electoral cycle. We will continue the systematic process of political modernization,” he added.

In this regard, Tokayev signed a decree on the appointment of Senate elections on Jan. 14, 2023.

“The next election of deputies to the upper chamber will be a continuation of the practical implementation of the constitutional reform,” he said. “Based on their results, a part of the deputy corps of the Senate will be renewed on the basis of the principles of competition and openness.”

Tokayev also said that his top priority will be rural development, highlighting that around 40 percent of the population lives in rural areas. Following the inauguration, Tokayev signed a decree on the rural development of Kazakhstan for 2023-2027 years.

“It is not for nothing that  people say ‘auyl (village) is a golden cradle.’ Therefore, improving the villagers’ living conditions is a matter of honor for us,” he said.

Returning the country’s illegally exported assets and transforming the Supreme Audit Chamber of Kazakhstan were also highlighted as part of Tokayev’s first orders in his new term as the President.