By Staff Report in International on 18 January 2023 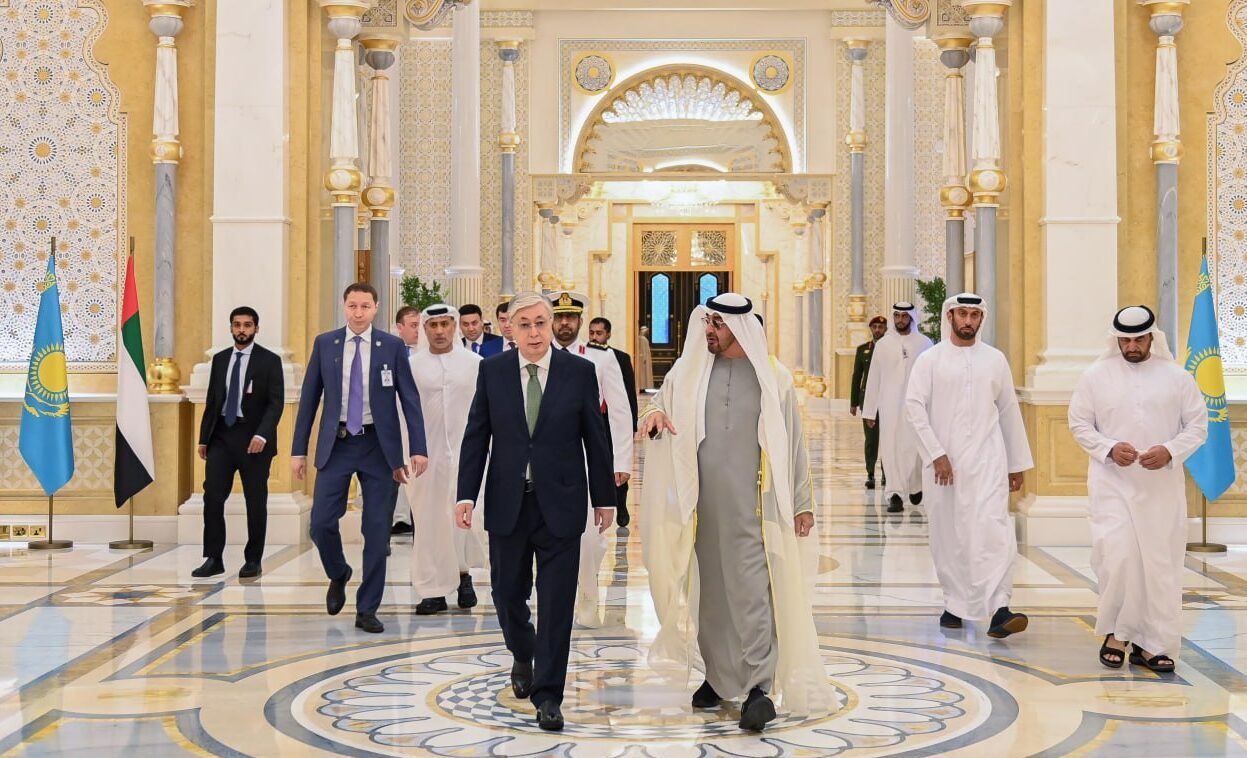 During the meeting, the two leaders considered ways to expand political, diplomatic, trade, economic and cultural cooperation, and exchanged views on the current issues of the international and regional agendas.

According to both sides, bilateral cooperation between Kazakhstan and the UAE develops in an atmosphere of mutual trust and respect, as the countries enhance their partnership in different sectors of the economy in the interests of the people of the two countries.

The Presidents commended the ratification of the agreement on the promotion and mutual protection of investments, noting that it will bring bilateral economic relations to a new level.

The counterparts agreed to strengthen cooperation in the culture, tourism, sports, education, science and health sectors.

The President of Kazakhstan welcomed the effective role of the UAE as a non-permanent member of the UN Security Council for 2022-2023 and thanked the UAE officials for their active participation in the work of the seventh Congress of Leaders of World and Traditional Religions, which took place on Sept. 14-15 last year in Astana.

Sheikh Mohamed bin Zayed Al Nahyan, in turn, expressed gratitude and appreciation to Kazakhstan for supporting the initiative to hold the 13th World Trade Organization (WTO) Ministerial Conference in February 2024 in Abu Dhabi. He also thanked Kazakhstan for supporting the UAE’s accession to the Shanghai Cooperation Organization (SCO) as a dialogue partner.

The two leaders expressed their intention to transform the Conference on Interaction and Confidence Building Measures in Asia (CICA) into a full-fledged international organization. According to the parties, the initiatives put forward by the two countries at the international and regional levels serve to strengthen peace, sustainable development and universal values.

The Presidents confirmed the intention of both countries to establish and maintain an atmosphere of trust and mutual understanding on a regional and international levels, and highlighted the need for a peaceful solution of international issues exclusively through diplomatic means.

Tokayev expressed his sincere gratitude to the President of UAE for the warm welcome and hospitality and invited him to pay an official visit to Kazakhstan. Sheikh Mohamed bin Zayed Al Nahyan accepted the invitation.