Kazakhstan to Promote Expansion of Cooperation Between ECO and CICA

By Staff Report in Central Asia, International on 25 January 2023

ASTANA – Kazakhstan is ready to contribute to the development of interaction between the Economic Cooperation Organization (ECO) and the Conference on Interaction and Confidence-building Measures in Asia (CICA), the Kazakh Foreign Ministry’s press service reported on Jan. 24. 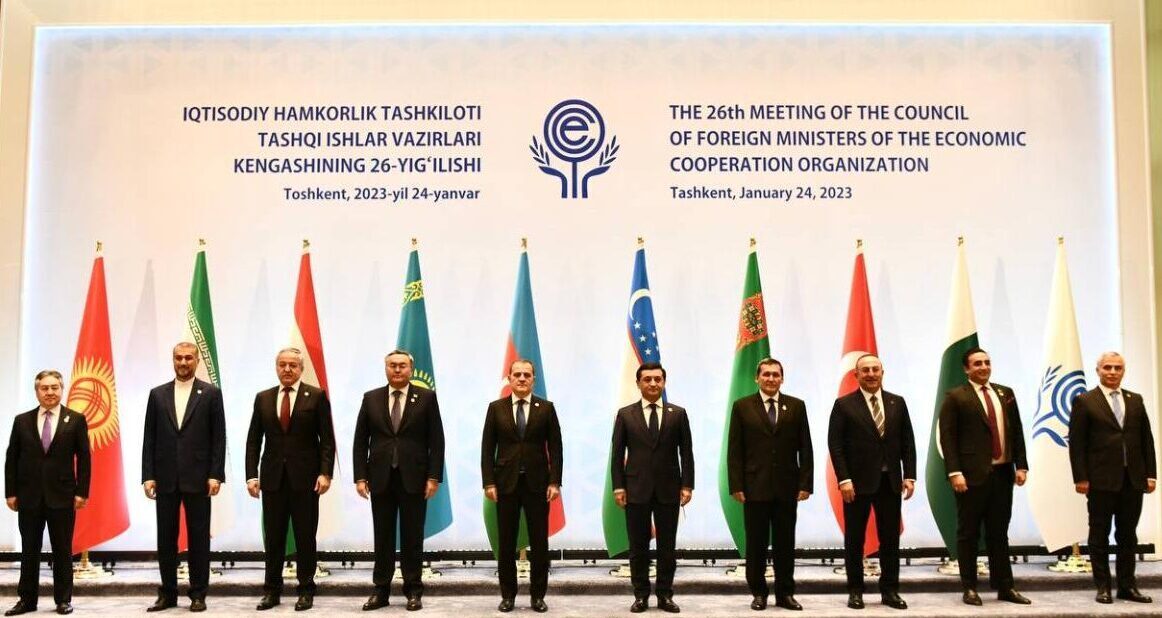 During the 26th meeting of the Council of Ministers of Foreign Affairs of the Economic Cooperation Organization (CMFA ECO), the meeting participants discussed improving the cooperation efficiency between the ECO member states in trade, investment, food security, ecology, agriculture, and other areas.

Following the results of the CMFA, the Tashkent Communique was adopted. It provides for the development of interaction between the ECO and CICA organizations. As the CICA Chair country, Kazakhstan expressed its readiness to contribute to the practical implementation of this proposal.

To improve the region’s connectivity, the ECO country members also negotiated new efforts to expand transport connections, including the Trans-Caspian routes and the Almaty-Istanbul corridor.

According to the Organization’s Security General Khusrav Noziri,  the commercialization of the Kazakhstan-Turkmenistan-Iran Railway Corridor (KTI), the commissioning of the Islamabad-Tehran-Istanbul (ITI)) freight train, the launch of the Kyrgyzstan-Tajikistan-Afghanistan-Iran Transport Corridor (KTAI) corridor, the commercialization of the ITS-ECO, and the establishment of a rail and road network from Almaty to Istanbul and Bandar Abbas are among the major achievements of the ECO since its expansion, Kazinfrom news reports.

Deputy Prime Minister and Minister of Foreign Affairs Mukhtar Tileuberdi called on the partner states to actively involve Afghanistan in regional economic processes within the ECO.