By Staff Report in Central Asia on 25 January 2023

ASTANA – Chairperson of the Senate, the upper chamber of the Kazakh Parliament, Maulen Ashimbayev, met with the Chairman of the Jogorku Kenesh (Parliament) of Kyrgyzstan Nurlanbek Shakiyev on Jan. 23 in Bishkek to discuss interparliamentary and interregional cooperation, reported the Senate’s press service. 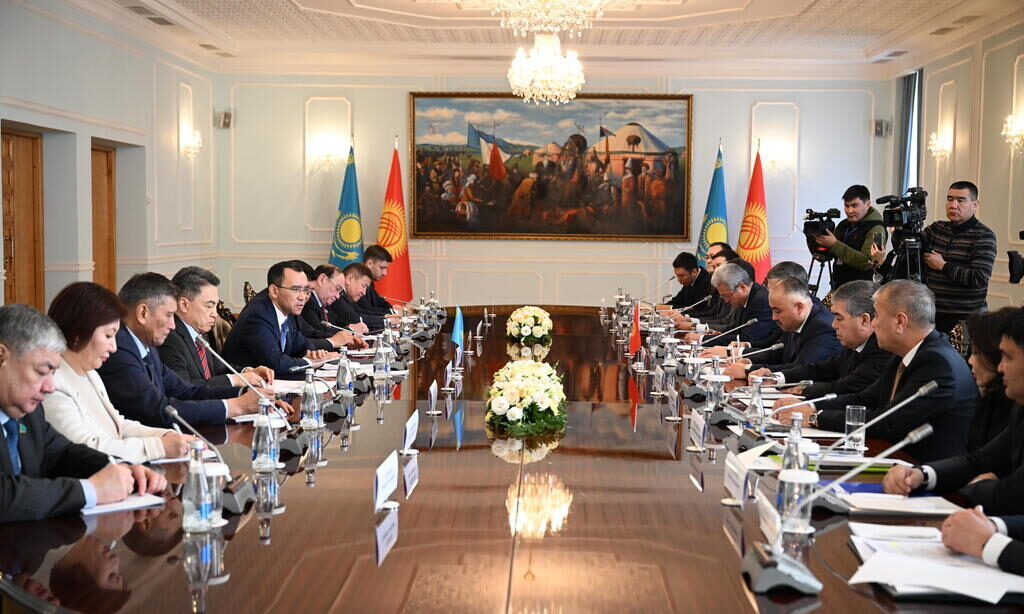 “It is important to strengthen ties between the two countries’ border regions. This step will contribute to developing trade, economic, cultural, and humanitarian ties. Effective cross-border cooperation will help improve the living standards of the population of the border regions,” said Ashimbayev.

In turn, Shakiyev commended the crucial role of the large-scale political and economic reforms implemented in Kazakhstan, highlighted the importance of the progressive development of relations between the two states, and expressed readiness for a vast expansion of the dialogue.

The sides also addressed cooperation in trade, economic, social, cultural, humanitarian, and other spheres. The two countries continue to enhance partnerships in education and science. Particularly, Kazakhstan has increased the quota for Kyrgyzstan citizens studying at Kazakh universities, as the Al-Farabi Kazakh National University has recently opened a new branch in Bishkek.

“There are no closer nations than the Kyrgyz and Kazakhs. This event will give a new impetus to further rapprochement and strengthening of relations between the creative communities of the two countries,” Ashimbayev said.