ASTANA – The Mazhilis of the Kazakh Parliament ratified an agreement between Kazakhstan and France on Mutual Legal Assistance in Criminal Matters on Jan. 18. 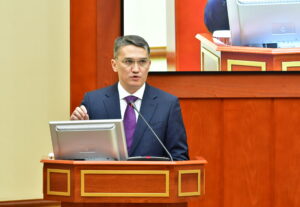 “The agreement provides assistance for the conduct of procedures aimed at determining the guilt of suspects and the accused of committing a crime. The measures include the temporary transfer into custody, search, seizure and confiscation of proceeds of crime, the establishment of bank accounts, the conduct of expert examinations, and other procedures,” said Deputy Prosecutor General Asset Chindaliyev.

The parties will provide mutual legal assistance in any proceedings relating to criminal offenses.

“The treaty also sets out the grounds for refusing legal assistance. In particular, legal aid is not available if it poses a threat to the country’s sovereignty, security, and public order; if it concerns the gender, nationality, religion, political and ideological beliefs of a person; if the statute of limitations has expired; and if the execution of the request contradicts the legislation of the parties. The treaty has been concluded on the basis of international agreements of this kind,” Chindaliyev said.

The agreement was signed on Oct. 28, 2021. Kazakhstan has concluded similar agreements with 29 states.