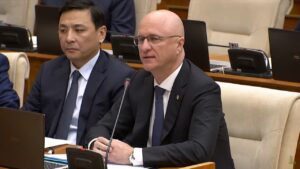 A screenshot from live broadcast displaying  Sklyar during a Jan. 5 Mazhilis meeting.

“Overall, 37 objects have been restored. This month, the building of the Zhetysu region akimat (governor’s office) will be restored. The reconstruction of the Almaty akimat building will be completed in the second quarter of this year. The building of the TV and radio complex in Almaty was decided to be demolished. Construction of the new building is underway and will be completed by the end of this year,” Sklyar noted. 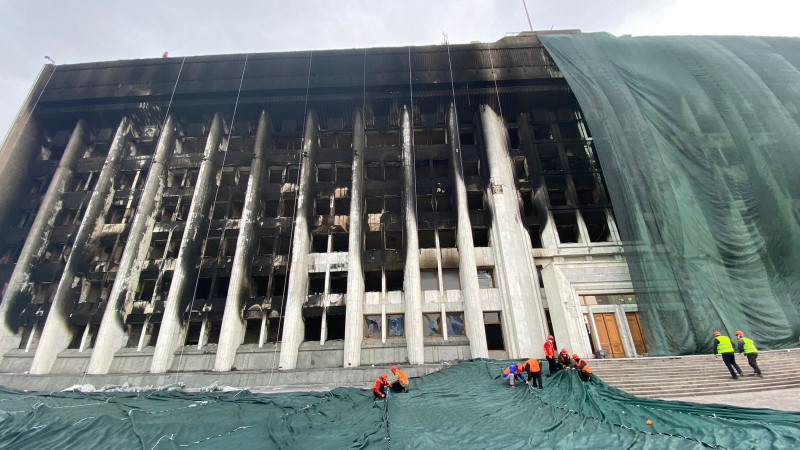 He added that 356 commercial facilities had been damaged, and all have now been restored. Nearly 1,789 business entities applied for financial aid and received 16.7 billion tenge (US$35.9 million).