By Assem Assaniyaz in Nation on 18 January 2023

ASTANA – The short documentary film “Qantar Okigasy” (January Events), published by the Prosecutor General’s Office of Kazakhstan on its official YouTube channel on Jan. 5, presented the detailed chronology of the tragic January events, the most unprecedented unrest in the history of the country. 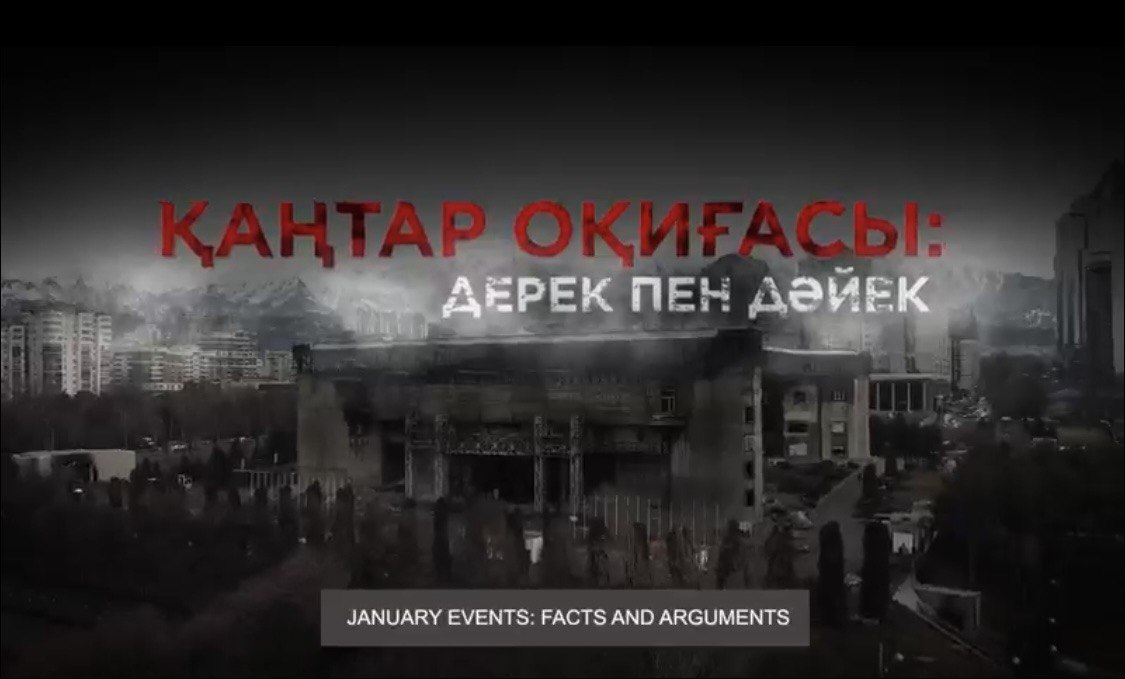 The 11-minute film, which tells the key developments of each day from Jan. 1, 2022, to Jan. 8, 2022, has covered looters’ attacks against police and civilians and actions of law enforcement agencies from surveillance cameras, as well as personal interviews with detainees and victims.

Dozens of citizens living in the small town of Zhanaozen in the oil-rich Mangystau Region in western Kazakhstan gathered in front of the akimat (city administration) to record a video message for the authorities demanding to reduce the prices of liquified gas from 120 tenge (US$0.26) to 60 tenge (US$0.13) a liter.

On the next day, the number of dissatisfied citizens, who demanded a reduction in prices for fuel, increased to 600 people. 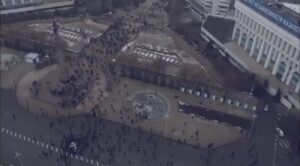 In the night from Jan. 2 to Jan. 3, a group of people came to the Aktau akimat to make similar claims to those of the Zhanaozen residents. More than 5,000 people took to the streets for a peaceful march in seven more regions of the country under the motto “let’s support the Mangystau people.”

At this time, members of banned organizations decided to take advantage of the situation and agitated people to come out on the streets through social media. The provocateurs called on the participants to speak out against state authorities.

No force was used against the protesters, as the law enforcement officers only observed the situation.

At the initiative of Kazakh President Kassym-Jomart Tokayev, a government commission held talks with the Mangystau Region’s activists. As a result, the price of liquified gas decreased to 50 tenge (US$0.11).

Despite the reduction in the cost of liquified gas, the rallies did not stop, and the number of protesters increased dramatically, up to 37,000 people in 11 regions of Kazakhstan. It was this day when the rallies ceased to be peaceful and turned into mass riots.

The organizers of the anti-state rallies acted according to a prearranged plan, which required them to meet between 6-8 p.m. local time near the two sports complexes in Almaty – the Almaty Arena in the west of the city and the Halyk Arena in the east.

The two groups started to move at the same time at 9 p.m. to the Almaty akimat, agitating people to join along the way. Overall, 10,000 people marched to Republic Square. 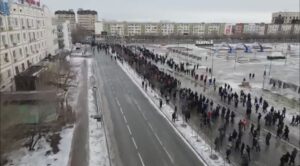 Armed with rebars, batons, axes, and combustible and explosive mixtures, the protesters began to attack the police and military.

“I went to a peaceful rally. I really regret that I succumbed to provocation and we did such things,” said one of the detainees.

More than 400 cars were damaged and destroyed in many cities of the country, 346 of which belonged to the internal affairs agencies.

“I thought I was going to die. No one was spared. We had no weapons. We had only shields and helmets. We never use weapons against citizens,” said Arman Baiysbayev, the Kazakh police officer.

On this day, criminals attacked government offices and strategic facilities. Nearly 50,000 people took part in attacks on akimats as a symbol of state power.

At 12.40 a.m., they staged pogroms in the building of the Almaty akimat. The protesters also seized the regional akimats in Atyrau, Kyzylorda, Taldykorgan, Aktobe, Taraz, and the akimat of Semei.

After the arson of the Almaty akimat, protesters attacked the First President’s residence, covering themselves with shields and shooting at the guards.

It turned out that 12 organized criminal groups were involved in the tragic January events, including the most active Arman Zhumageldiev’s Dikyi (Wild) Arman, Kazakhstanskyie, and Aishuak-Zhantugel, which abducted 24 people from different districts. They were beaten and kept in the parking lots of the Kazakhstan and Ritz Carlton hotels. 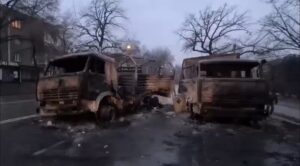 “He beat us all and kept us there. Everything was covered in blood,” said one of the victims.

The buildings of law enforcement and special agencies were also attacked.

An attempt was made to seize the police departments of the Auezov and Almaty districts and the Almaty police department, which police defended from midnight until 5 a.m. and were able to repel the attack.

“They stole and destroyed everything. They did not leave us anything,” said an Almaty-based entrepreneur Serik Kadyrov.

The protesters broke the surveillance cameras connected to the police operational control center.

To prevent the security forces from getting help, the criminals blocked roads and railways and took control of airports.

Extremists tried to attack the Aktobe airport and seized the Almaty airport. They turned off the lighting on the runway. 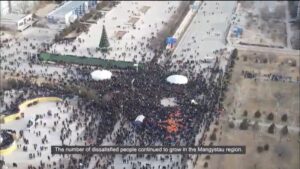 Half an hour before the seizure of the airport’s building in Almaty, all the guards received an order to “go home.” The heads of the local divisions of the National Security Committee and police departments ordered subordinates in several regions to leave their posts.

The film shows the scenes where Serik Kudebayev, the former head of the Almaty Region police department, who was at that time the city’s commandant, leaves the police building.

The Security Council of Kazakhstan decided to conduct an anti-terrorist operation in the country. The number of participants in mass riots decreased to 11,000 people.

The militants fired at the detention center in Taldykorgan and tried to shoot the checkpoints and seize hospitals.

They demanded that doctors not treat injured law enforcement officers.

The situation in the country started to stabilize. In Almaty, the security forces began to defeat the terrorists on the streets and at strategic facilities. Unauthorized gatherings of citizens were stopped.

Overall, the tragedy claimed the lives of 238 people, including 19 members of law enforcement agencies and left 5,149 people injured across the country.

As a result of the January events, 5,300 cases have been initiated, and 71,374 investigative actions have been carried out involving 1,019 law enforcement officers.